Are Lab-Grown Diamonds Forever? Depends on Who You Ask

Synthetic diamonds are now cheaper, easier to produce and likely more sustainable and ethical than mined ones. But some consumers still prefer traditional gemstones. 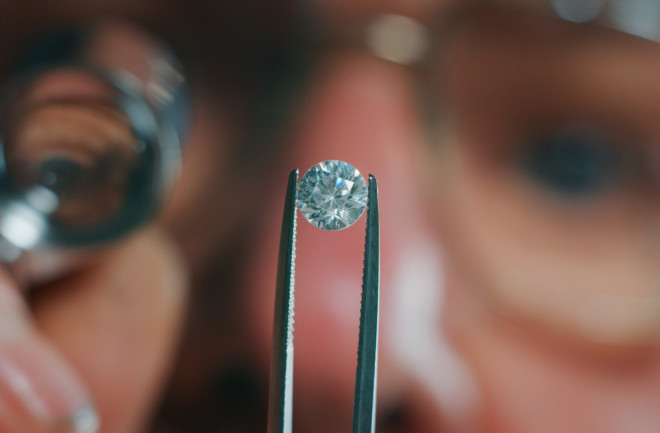 When Michael Coan went in for an interview at Christie’s, one of the world’s most prestigious auction houses, his interviewer laid out 20 items for him to price. Some of them were diamonds. Coan, who currently teaches gemology at the Fashion Institute of Technology in New York but knew less about diamonds at the time, made up his mind: He wouldn’t be getting this job.

The predicament that pleasantly surprised Coan years ago underscores a conversation that’s been shaking up the jewelry industry in recent years: how much a diamond is really worth. In a world where diamonds can quickly be grown in labs and customers are increasingly aware of ethical and environmental consumption concerns, both lab-grown and mined diamond companies are crafting a precise narrative to woo prospective customers.

First produced in the early 1950s, synthetic diamonds are cheaper to manufacture and purchase than ever before. Meghan Markle even sported lab-grown diamond earrings on a London outing. Leonardo DiCaprio, meanwhile, has thrown his weight behind a lab-grown diamond company, the Diamond Foundry. The market for lab-grown diamonds increased as much as 20 percent in 2019, according to Bain and Company, a management consulting firm. Still, it remains unclear just how synthetic diamonds will carve out their place in the jewelry world —- but diamond experts harbor strong opinions.

What Is a Diamond, Anyway?

Clear, crystalline and sharp, diamonds are known for their hardness. They’re actually the hardest naturally occurring substance in the world and, although they’re solely composed of the element carbon, diamonds themselves are considered a mineral.

Diamonds aren’t found that deep within the earth — only about 100 miles. But to form naturally, they require precise conditions: Carbon must receive 725,000 pounds per square inch of pressure, which only happens within the earth over the course of billions of years.

Although we often associate diamonds with sparkly rings and engagement promises, most of them don’t end up in jewelry. Only 30 percent of natural diamonds make the cut to be considered “gem quality,” according to the Gemological Institute of America (GIA). The rest are used for industrial purposes, mostly as an abrasive, a tool to polish or sand other materials. But the vast majority (by some estimates, 98 percent) of diamonds don’t come from these natural byproducts and are mostly synthetic. “The only way that mined diamonds are economic is if they're sold as jewelry,” says Paul Zimnisky, an independent diamond industry analyst.

Diamonds weren’t always a crucial part of the engagement equation. They didn’t receive a major marketing campaign until 1947 when De Beers, one of the oldest and most prominent diamond businesses (considered a monopoly for a time), ensured that these shiny gemstones became synonymous with marriage proposals.

The infamous ad featured the slogan, “A Diamond Is Forever,” with images of dreamy prospective wives sporting dazzling rocks. Around 20 percent of brides received engagement rings around when the ads started, but the portion shot up to 80 percent by 1990, according to a 2019 report by De Beers. In turn, it became one of the most successful ad campaigns of all time.

But diamonds have always had a sinister side — one associated with conflict borne of a history of colonial exploitation for natural resources and economic gain, coming at the expense of the independence and stability of the inhabitants of diamond-rich nations. In countries including Sierra Leone, the Democratic Republic of the Congo and Angola, diamonds mined by forced labor have funded violent rebel groups.

Gemstones linked to these acts are known as “conflict diamonds.” An effort called the Kimberley Process was established in 2000 to curb their market presence, verify diamond origins and create a legitimate flow of capital to these countries. But diamonds can’t always be traced back to their original source. Overall, certification processes aren’t foolproof.

Not to mention, the climate crisis has increasingly alerted customers toward the extraction of the world’s limited natural resources and its environmental toll. According to the Diamond Foundry, a manufacturer of lab-grown diamonds, the synthetic version comes with a much lower carbon footprint production, emits lower quantities of greenhouse gases, creates less waste and uses less water. Of course, the natural diamond industry’s Diamond Producers Association disputes this, and published their own figures that pointed to the opposite.

While working for General Electric in 1954, physical chemist H. Tracy Hall created the first synthetic diamonds that could be reproduced commercially. They weren’t meant for jewelry, but rather as industry-oriented abrasives. Since then, the technology to “grow” lab-made diamonds has become more advanced and less costly. Lab-grown diamonds of “gem-grade” are easier than ever to manufacture, and make up a small but steadily growing portion of the diamond trade — about four to six percent, according to Zimnisky.

Today, synthetic diamonds can be created with high-temperature high-pressure or chemical vapor deposition techniques. In the first method, carbon material is enclosed in a multi-layered container and then essentially pressed with enough force on all sides by anvils to change the carbon’s atomic structure. With chemical vapor deposition, slivers of existing diamonds are placed in a high-temperature chamber where carbon-rich gases break down their molecular bonds and the pure carbon attaches to the slivers or “seeds,” accumulating slowly as pure diamond, eventually turning the “seeds” into sizable gems.

To the untrained eye, lab-grown diamonds seem identical to mined ones, and can only be identified as “lab-grown” with specialized spectroscopy equipment.

Many of the worlds’ manufactured diamonds also come from countries that mine them, and according to Niraj Sojitra, they're here to stay. Sojitra manages a lab-grown diamond business called Unique Lab Grown Diamond. They grow their gemstones in India, and have offices in four countries. When Sojitra started the business seven years ago, they saw it as the future of diamond jewelry. "In the world population, how many people can afford a natural diamond? It's like, two or five percent, maximum,” he says. “So we were thinking about the largest scheme for people who cannot afford natural diamonds.”

Recently, lab-grown diamonds have gained legitimacy as bigger companies like De Beers and Pandora began selling them, Sojitra says. It also helps that the GIA, a major accrediting body, began to certify lab-grown diamonds. “People used to think we were crazy. Now they realize we were not crazy. We did the right thing,” he says.

To this, Sojitra says that his business plans to transition into solar power to run the India-based labs within the next few years. And Sojitra rejects the premise of lost jobs. “There's no machines working the labs. There are people handling the machines,” he says. “So, is it better to work in an air-conditioned office and handle the machines, or do you want to go down and dig in the earth?”

Why Natural Retains Its Appeal

The marketing of the “natural” diamond, however, still influences our collective imagination and stirs our desire for a good story. Michael Fried, CEO of an online diamond exchange called The Diamond Pro, says that customers who choose natural diamond want to feel like they’re buying something special. “They’re driven to the story of something that's been in the ground for billions of years that's been forged over time,” he says. “It all pulls on people's heartstrings in a certain way. I'm not saying it's logical, but people are still driven towards it.”

Coan, meanwhile, feels that synthetic diamonds won’t be able to fulfill that need. “I don't think natural diamonds will ever lose their place above synthetics, because in the mind's eye we equate it with Frankenstein,” Coan says. “Diamonds truly appeal to the mystery, the lore. Diamonds truly are forever — nothing comes close to a diamond.”

A Place for Both?

There’s plenty of reasons to choose lab-grown diamonds or natural ones, but experts say that neither will win out any time soon.

Fried points out that though younger diamond buyers at his online store are interested in making a more “ethical” purchase, ultimately it’s not always up to them — but rather, who is paying for it. “Millennials and Gen Z's are 100 percent more interested in lab-grown diamonds." But that doesn't mean that they're not getting pressure from other places, he says. “How many parents or in-laws are going to be okay with a lab-grown diamond?”

Still, Sojitra says that more and more young people are interested in making what they see as a more ethical choice. “It's pocket-friendly for most people, and especially the millennials.” Major companies have started selling synthetic ones, he adds, possibly sensing that the tide has turned.

The market says otherwise: As synthetic sales grew in 2019, Bain & Company predicted that rough and polished diamond sales would decline by 25 percent and 10 percent.

Even if certain consumers' preferences for the natural version linger, the Earth has a finite amount of profitable diamonds (which some speculate may run out by around 2050, or at least bring dramatic supply gaps in coming decades). In 2019, Bain & Company foresaw an 8 percent annual decrease in natural diamond supply beginning in 2021, a shortage now likely amplified by the COVID-19 pandemic.

Ultimately, the natural diamond industry can’t possibly keep mining forever, Sojitra says, “Natural diamonds are going to vanish in the next ten, 15 years. And then what? Day by day, the cost is getting higher.”