Climate-change deniers often exploit confusion about these terms to muddy the waters about the science of global warming. Here’s what you need to know. 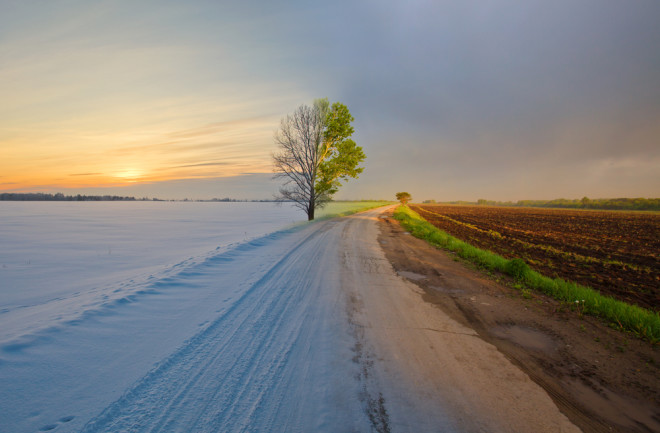 One cold day in February 2015, Oklahoma Senator James Inhofe brought an unusual prop to the Senate floor: a snowball. The point of the stunt was to demonstrate that the cold spell the nation’s northeast was then enduring was proof that global warming wasn’t happening.

Most people had a good laugh at Inhofe’s expense. The then-chairman of the US Senate Committee on Environment and Public Works should have known better (and maybe he did, but the notorious climate-change denier counted on a lot of us not really knowing). But what exactly should he have known? Why does one or even a few extreme winters not refute the evidence of a warming planet? Lots of intelligent non-climate-change deniers might well wonder that, too. Because what we’re talking about is the difference between weather and climate, and while that difference is pretty straightforward, it’s not always intuitive. Our lifetimes and attention spans are not long enough to easily grasp climate.

First, a couple of basic definitions. Weather is what’s going on outside your window. It’s 70 degrees and raining — or at least that’s the weather outside my window as I write this. Climate is similar — temperature, rainfall, humidity, and so on — but looked at over the course of decades (or often much longer). Simply put: Weather is what’s happening now; climate is the pattern of weather over a long period.

Tom Di Liberto, a climatologist with CollabraLink who works at the National Oceanic and Atmospheric Administration (NOAA) Climate Program Office, offers an analogy that might help: “Weather is your mood, and climate is your personality.” Like the weather, your mood can change from day to day. You might wake up in a bad mood, but that doesn’t mean you’re in a bad mood all the time. But if you’re in a bad mood more days than not, for years at a time, then you’ve got a grouchy personality.

It’s easy to get confused, because while weather and climate are different things, they aren’t independent. A single snowy day doesn’t tell you anything about climate. But extreme or rare weather events are big clues. Elizabeth Thomas, climatologist and assistant professor in the Department of Geology at the University at Buffalo, describes this in terms of probabilities. Think of a deck of cards, she says, with the aces representing a big hurricane. Pick a card, any card. The chances you’ll pull an ace are four in 52. But because we’re pumping carbon dioxide into the atmosphere, we’re vastly increasing the number of aces — big hurricanes — in the deck.

So it’s not quite right to say that Hurricane Ida or the devastating heat waves of this past summer are caused by global warming, Thomas explains. They’re caused by the same physics they’ve always been caused by. But global warming has changed the conditions that can lead to these extreme events. It has, you might say, stacked the deck.

Many extreme weather events we’ve seen lately probably wouldn’t be happening in a cooler world, but whether or not to attribute any given event to global warming is a tricky problem. There’s a new field of climate science, extreme event attribution, dedicated to working that out. A team of scientists looked at the extreme heat in the Pacific Northwest US this summer. Their study has not yet been peer reviewed — these things take time. But the results were pretty clear. According to Di Liberto, who took a close look at the study, the researchers found that the heat wave was roughly a one-in-1,000-year event in today's climate, and that it would have been at least 150 times more rare before global warming.

“In fact, that would have made it so rare that the researchers concluded that it would have been virtually impossible for the temperatures seen across the Pacific Northwest and Canada to have occurred in pre-industrial times,” Di Liberto says. “An event of that magnitude would not have been possible were it not for the warming that's already occurred due to climate change.”

So what about that snowball? It’s just weather, and more or less normal weather at that. “Climate change isn't saying that it won't get cold occasionally,” says Di Liberto. “It's just saying it won't get cold as much.” Think about Thomas’s deck of cards. Even if it’s stacked with heat waves, you’ll draw a snowy day now and then. But when you start getting heat waves that normally would occur only once in a thousand years, then you’re looking at evidence for global warming. Maybe someone will take that to the Senate floor.

5 Of The Deadliest Animals Around The World