What We Can Learn From Switzerland’s Sustainability 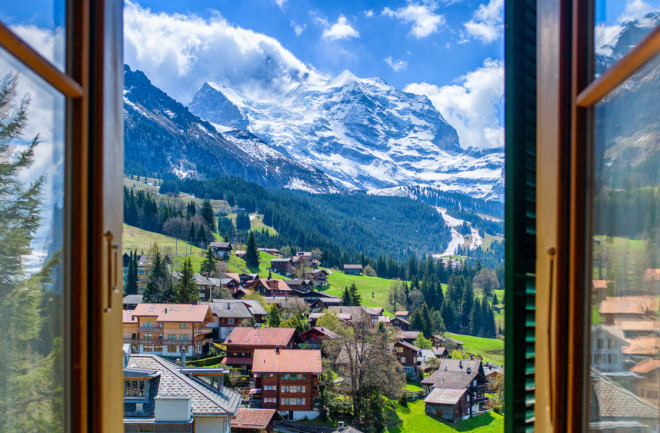 Switzerland has been a leader in sustainability, both in its national policies and in crafting international agreements. In 2017, it was named one of the top five countries achieving the United Nations 2030 Sustainable Development Goals, behind the Scandinavian countries.

A recent report also shows that Switzerland is on track to meet the 2030 Sustainable Development Goals. The first is to eradicate poverty — a goal that Switzerland has already largely met. Switzerland is meeting goals two, three and four, focusing on securing food, good healthcare and quality education to all citizens.

The question is: What can the rest of the world learn from Switzerland?

One of the reasons Switzerland is sustainable is its geographic advantage. Nearly 60 percent of its electricity comes from hydropower, which is made of high annual rainfall and varied topography. Citizens also have high levels of eco-consciousness, most likely because of Switzerland’s beautiful mountains, according to Ralph Hansmann, a professor in the environmental social sciences at ETH Zürich.

"In Switzerland, connection to nature is particularly high," says Hansmann. "Of course, you have a lot of the urban rural divide in Switzerland, but the people in the cities have as high environmental attitudes as those in rural areas. Everyone is very connected to nature."

Research shows that a greater connection to nature can feed environmental beliefs and actions. Since Switzerland experiences climate change faster than the global average, there is more of an urgency, too. As a landlocked, mountainous country, the ocean can’t mitigate the climate, and snow-capped mountains are melting more, and more.

In Switzerland, cultural care for nature also has real political consequences. Switzerland has a stronger democracy than many Western countries, meaning that its citizens vote on initiatives at the local and regional level.

"On all important issues, the vote can be taken by the public," says Hansmann. "There’s no need to rely on parties."

This means that decisions are broadly accepted, because everyone gets a say, according to Hansmann.

Since Switzerland is not a member of the European Union, it has more autonomy to set its own priorities and policies. The Swiss policy cycle is predictable — long-term peace and a stable democracy have ensured it.

"Peace is a pre-requisite for sustainable development," says Daniel Dubas, a delegate of the Swiss Federal Council for the 2030 agenda.

Switzerland has a long-held humanitarian tradition, often serving as a moderator between conflicts. War often outsizes environmental impact, along with changing global policy priorities. In times of war, sustainable development is not always respected or prioritized, he says.

"In a country at war, there is no long-term perspective," says Dubas. "It’s just about survival, just taking into account the interests of your family, and maybe not the bigger society or long-term goal."

If the world can learn anything from Switzerland, it's to center policymaking and education around climate change. A small country geographically, Switzerland has influenced the negotiating of the 2030 agenda.

Domestically, it has a long tradition of including other societal actors in decision-making. Experts from academia, business, and other members of civil society give input on sustainable development throughout the policymaking process. In schools, children learn from a young age about climate change and the importance of caring for the planet.

While Switzerland is meeting or leading on many of its goals, it is not perfect. As a relatively wealthy country that imports many foreign goods, the carbon footprint of many Swiss people is higher than the worldwide average, Dubas says. And although renewable energy powers much of its electricity, Switzerland still relies on fossil fuels for transportation and heating.

"Regarding the 2030 agenda, all countries are developing countries," Dubas says. "Because none have fulfilled the 2030 goals."

Washing and Drying Machines are Polluting the Air

How to Build Your Own Rain Garden and Why You Should