Can You Predict a Panic Attack? 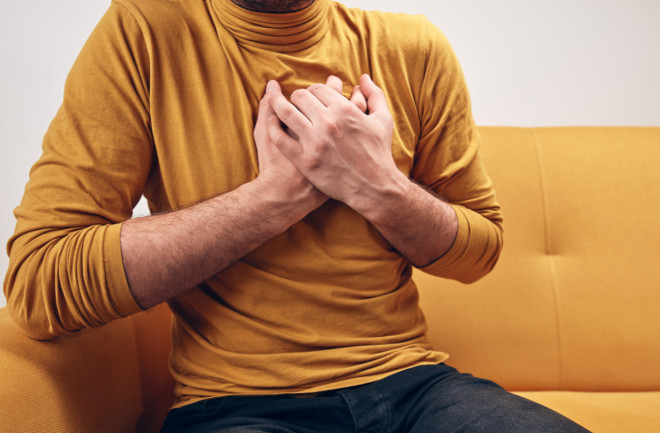 It can feel like you’re having a heart attack: Your chest tightens, you have trouble catching your breath and nausea starts to take over. You might feel shaky or disoriented. Something’s wrong — and the more you think about it, the worse the feeling becomes.

Each year, around 11 percent of Americans report having a panic attack, a sudden attack of fear that results in physical symptoms. Those who regularly experience them may also have a panic disorder, which includes the fear of having a panic attack and the resulting loss of control.

But while panic attacks may seem unexpected, says Kevin Chapman, director of the Kentucky Center for Anxiety and Related Disorders, you can predict them. “One of the myths with panic attacks is that they occur ‘out of the blue.’ For the majority of people with panic disorders, they’re not abrupt — most of us are just unaware of the triggers,” he says.

The three components of a panic attack — cognitive, physical and behavioral — can help us predict when one is brewing. The cognitive is what someone says to themself during an ongoing attack; the physical is how they feel about what’s happening in the body; and the behavioral is how they react. “Most of the time, when people have a pattern of panic, they have learned associations that can be subtle but may set off a cascade effect,” says Chapman.

For example, if your heart skips a beat or you feel that lump in your throat, it can kick the cognitive, physical and behavioral components into gear and cause the body to go into fight-or-flight mode. Since fighting isn’t usually an option, says Chapman, most of us attempt to flee. That’s why a panic disorder is often accompanied by agoraphobia, or the fear of being in crowded places. “We start to think ‘here we go again’ and it sends us into a cycle of panic,” Chapman continues.

The research backs this up. A preprint study to be published in JMIR Medical Informatics found that wearable devices can ascertain the signals the body gives off before a panic attack. Study participants wore smartwatches that collected data on sleep patterns, heart rate, activity level, and anxiety and depression scores. Participants also regularly completed questionnaires over the course of a year. Using these indicators, researchers were able to predict a panic attack with up to 81.3 percent accuracy.

A 2016 study published in the journal PLOS ONE also used questionnaires to predict an attack. By asking questions like “In the last two weeks, did you have an anxiety attack or sudden feeling of panic?” researchers were able to discern with 74 percent accuracy who would have a panic attack in the future. And by knowing when they’re coming on, you may be able to slow or stop a panic attack, says Chapman.

For starters, it’s important to note that panic disorders run in families. “Children who have an anxious parent are roughly three to seven times more likely than a child of non-anxious parents to develop an anxiety disorder,” says Chapman.

So, if you’re a parent who suffers from anxiety, it’s important to ensure that you’re seeking the help you need and modeling that behavior in front of your children. “The gold standard when it comes to treating panic disorders is cognitive behavioral therapy,” explains Chapman.

CBT involves teaching the patient that panic isn’t going to kill them. Recognizing that a panic attack is harmless is the first step in reducing the cycle of attacks. Next, patients should start monitoring the occurrence of attacks in their own life. “Once you start monitoring them, you notice that they’re not out of the blue and can be predicted based upon mood states,” says Chapman.

Another important aspect of CBT is cognitive restructuring, or teaching the patient to “de-catastrophize their thoughts” and understand that, for example, “just because I’m having trouble breathing, I know I am not going to pass out.”

The final aspect of the therapy is exposure, or having a person face their fear: Chapman has had some patients drink an espresso and then drive on the highway, putting themselves into the situation that causes an attack while helping to restructure their response. He notes, however, that it’s extremely important to seek professional help before embarking on a CBT treatment such as this.

In short, dissecting a panic attack is part of predicting when it will happen and ultimately stopping the cycle. It’s about teaching people that their worst thoughts and fears are unlikely to come true. “In the end, it’s about understanding that your thoughts are hypothesis, not fact,” Chapman says, “which allows us to be more rational in our responses.”