Developing A Drug To Identify And Target Tricky Cancer Cells

Cancer cells are extremely adept at flying under the immune system’s radar. But recent research points to a way of making certain cancers more targetable. 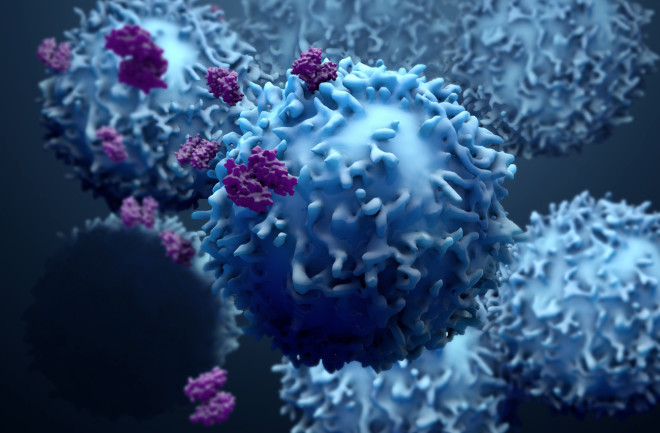 Cancer is a tricky disease to tackle. The simplicity and universality of the name belies the breadth and diversity of cancers out there. They attack every inch of the body in a myriad of ways, using a variety of tactics and DNA they can edit on the fly to evade capture and bypass our body’s defenses.

One commonality between them, though, is that they all come from within (apart from a few rare, contagious cancers like the Tasmanian devil’s facial tumor disease). They’re built from your cells. And that’s one of the greatest obstacles to treating cancers with broad-spectrum immunotherapies: It’s really difficult for your immune system to distinguish cancer cells from regular cells.

Read More: Eating Ice Cream During Chemotherapy Could Help Some Side Effects

The Quest for Cancer-Targeting Drug Treatments

“People have been looking for what we call cancer-specific antigens” for a very long time, says Kevan Shokat, who runs a cellular and molecular pharmacology lab at the University of California San Francisco. In theory, these antigens are proteins found on the surface of cancer cells — but not cells in the rest of the body. “And, in essence, there are none,” he says.

Since the 1990s, Shokat has been interested in protein kinases, proteins that modify other proteins. These are significant targets for cancer treatment because of the role they play in regulating cell functions related to cancer, such as proliferation, apoptosis and growth. Mutated kinases are often found to be oncogenic, meaning they cause the growth or development of tumors.

Before they become oncogenic, they’re called proto-oncogenes. And one in particular, K-RAS, is thorny. So, Shokat — along with fellow UCSF professor Charles Craik, graduate students Ziyang Zhang and Peter Rohweder, and a half-dozen other collaborators — set out on an ambitious quest. They aimed to make the mutated cell K-RAS G12C, one of the most prominent drivers of lung and colon cancer, targetable by the immune system.

“It’s this protein that doesn’t have any drug pockets on it,” Shokat explains. In other words, there was no way a drug detectable by the immune system could bind to it and initiate an immune response. How they overcame the “undruggable nature of K-RAS,” he says, is a bit of an odyssey.

The first step was to develop a drug that could pick out cancer cells. While these cells are extremely similar to regular cells, at least on the outside, there is a crucial common difference in K-RAS G12C: The oncogenic mutation in the proto-oncogene converts one of the amino acids in the cell, glycine, into cystine.

“That’s what drives the cancer,” Shokat says. So, in the absence of cancer-specific antigens, the researchers had to develop a drug that could permeate cancer cells, grab that cystine and pull it to the surface.

One potential problem was shape. The human body uses what are called MHC molecules to bind to foreign peptides (two or more amino acids linked in a chain) and mark them for destruction. But the drug that dragged cystine to the surface also altered the overall shape of the peptide, Shokat explains, and that raised the question of whether the altered molecule could still attach to MHC molecules.

“Once we showed that that works, we were basically off and running,” Shokat says. Their findings were published in Cancer Cell this September.

From here, Craik’s team took over; the next step was to develop an antibody that could recognize the drug.

“There's a whole beautiful system his lab uses,” says Shokat, “which is kind of like an immune system in a bottle. He has all these antibodies from a lot of human donors, and they do a sort of fishing experiment to see which of the antibodies will bind [with the drug].” From there, a synthetic antibody could be mass-manufactured.

It was back to the drawing board to find a modified version of the antibody that was more inclined to bind to the whole complex: drug-attached-to-target-cell.

While the findings are an exciting step toward the treatment of certain cancers, Shokat notes that there are some limitations to the process. Most notably? Much of the work was done in vitro, outside a living organism, though animal studies did occur in the early parts of the research.

“We have not demonstrated that we can shrink a tumor in a mouse with this approach,” for example, Shokat says. “Until we do that, there are potentially other hurdles that are awaiting us.” Yet the potential of the approach is an exciting one for him, particularly in the case of a disease as tricky as cancer.

In general, there are two broad approaches to cancer treatment: targeted treatments that help the immune system fight the cancer, like checkpoint inhibitors that prevent cancer cells from deactivating an immune response, and treatments that work inside cancer cells, like drugs that inhibit the signaling cancer cells rely on to grow and propagate.

“But these two things don't really overlap very well,” Shokat explains. “Our approach has really been to tie them very tightly together.” And they’ve done so in a flexible way that makes the technique applicable to even more advanced drug candidates.

More From Discover
Health
Is Vitamin C Actually an Effective Cold Remedy?
Mind
What Is Emotional Blunting, and Do Antidepressants Cause It?
Health
What New Variants Of COVID-19 Are Currently Circulating?
Health
Why Eating Disorders Are so Difficult to Treat
Health
The Origins of Organ Transplantation
Health
Beer Hops May Fend Off Alzheimer’s
Recommendations From Our Store
My Science ShopDiscover STEM Kits
My Science ShopDiscover 2022 Calendar
My Science ShopStrange Science
My Science ShopElements Flashcards
Shop Now
Stay Curious
Join
Our List