Food Sensitivity Tests Are on the Rise – But How Legit Are They?

While you can find plenty of these at-home tests online, experts say they aren't reliable and may even do more harm than good. 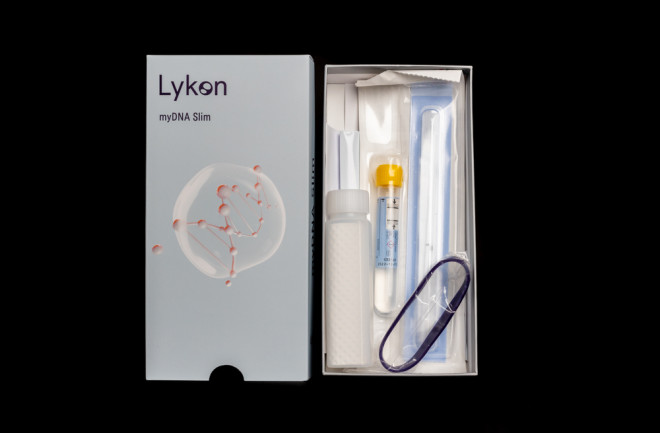 A walk through a pharmacy or scroll through Amazon will quickly reveal over a dozen at-home tests for food sensitivities and allergies –– tools that have skyrocketed in popularity in recent years.

These tests claim to reveal users’ reactivity to up to hundreds of different foods, only a hair strand or finger prick required. But how accurate are they? According to some experts, not very, and it’s possible they may be doing more harm than good.

First off, it’s important to understand the difference between food allergies, intolerances and sensitivities.

Food allergies show the most clear-cut symptoms and can be the most life-threatening, according to Ruchi Gupta, a pediatric allergist at Lurie Children’s Hospital in Chicago. Allergies are immune-mediated, meaning that certain foods, such as peanut products, trigger an immune response in the body. A molecule called immunoglobulin E, or IgE, plays a key role in setting off the symptoms of these allergic reactions.

“The immune system recognizes a food as an invader and it puts off this cascade of cytokines and different elements throughout the body,” Gupta says. These cytokines, or signaling molecules, cause inflammation and reactions that “can involve any organ system.”

This process triggers symptoms ranging from hives and swelling to wheezing and difficulty breathing. It’s the swelling that can be life-threatening if it cuts off the windpipe. Allergies can produce nearly immediate effects, Gupta notes, in contrast to other food reactions.

Food intolerances, on the other hand, are considered a disorder of the digestive system and do not involve an immune response, says John Leung, an allergist and gastroenterologist based in Boston. They occur when the body has difficulty breaking down and absorbing certain foods. This may result from a missing enzyme, as is the case with lactose intolerance, or intestinal reactions to food additives. Intolerances usually cause digestive symptoms, such as bloating, cramping, diarrhea, and vomiting, which are often more delayed than allergic responses.

While the phrase “food sensitivity,” is commonly thrown around in everyday conversation, it isn’t technically a medical term and therefore doesn’t have a concrete definition, according to Gupta and Leung. Many use it to describe vague reactions to food that manifest as fatigue, headache, abdominal discomfort or brain fog. However, medical professionals tend to associate these symptoms with food intolerances, as they are usually not linked to the immune system.

Tamara Freuman, a registered dietician who specializes in digestive and metabolic diseases, notes that her patients commonly mix up allergies, intolerances and sensitivities due to the lack of education and conversation on the topic. “I see it pretty much daily. A lot of people use the terms interchangeably, to the point where people who are lactose intolerant will say they have a dairy allergy,” she says. “But there’s a really big difference.”

And, as it turns out, the latest wave of diagnostic technologies are only adding to the confusion.

The Low-Down on At-Home Tests

Most of the at-home tests aim to diagnose “food sensitivities” through a finger prick blood sample or a strand of hair. The majority measure levels of IgG, or immunoglobulin G, formed against individual foods. This is a molecule similar to IgE, but much less specific.

These tests claim that a high level of IgG associated with a certain food indicates a reactivity. Within weeks, consumers receive a list of 10, 20, or even 40 foods that they are reactive to based on their IgG levels.

However, according to the American Academy of Allergy, Asthma & Immunology, there is no scientific evidence to support a correlation between IgG and food sensitivity. The existence of IgG is likely a “physiologic response of the immune system” that “may be the normal human response” to food, the academy wrote in a position statement.

Gupta agrees: A high IgG level probably represents a high level of exposure to a certain food, she says, but nothing more. Several studies claim that IgG levels may even correlate with food tolerance, rather than the opposite.

Leung also recommends against these tests. In patients who have opted for them, he has not seen convincing results: “There are no strong studies to support their use. And in clinical practice, I haven’t seen any improvement by avoiding those foods when people come to my office.”

On top of this, these products are often incorrectly described as “food allergy” or “food intolerance” tests in the media, leading users to believe they experience serious reactions to a host of foods.

“It really does a number on somebody to get a list in the mail of two dozen or three dozen foods that they're being told they're sensitive to,” Freuman says. These results can lead to life-altering dietary and lifestyle changes that may not even be necessary.

In patients predisposed to a restrictive relationship with food, these results can be especially harmful. “These tests leave a very indelible mark on [users], and it can cause a lot of damage in terms of food fears and their relationship with food, and anxiety around introducing these foods back,” Freuman added. “When I say I’ve seen it trigger eating disorders, I’m not exaggerating.”

So what is the proper way to test for food reactions? The American College of Allergy, Asthma & Immunology identifies two main methods to identify allergies. The first is a blood test that examines IgE levels triggered by specific foods. This is often performed in conjunction with a second test, know as a skin prick test, which involves introducing small amounts of food proteins directly under the skin and evaluating the degree of associated swelling. However, these tests aren’t conclusive on their own, so it is recommended that the results be assessed in the context of a patient’s background and history.

Though not administered often, the true gold standard allergy test is the “oral food challenge,” Gupta says. In this test, a patient eats the food of concern and is observed by an allergist for a possible reaction. “It’s the most clear test.”

Overall, food intolerances are diagnosed on a case-by-case basis. In some instances, such as with suspected lactose or fructose intolerances, a breath test measures levels of hydrogen (a byproduct of non-absorbed sugars). Other intolerances, however, lack a clear diagnostic test, and are identified by detailed conversations with patients and some lab studies, such as blood glucose and fecal pH tests.

If you suspect a food allergy or intolerance, Gupta and Leung recommend visiting a primary care physician as soon as possible, rather than relying on self-diagnostic tests.

For those with intestinal symptoms that suggest an intolerance, Freuman suggests keeping a food diary. Bringing this list to a medical appointment can help identify the most likely culprits.

All three experts emphasize the importance of seeking out a professional to evaluate symptoms and administer tests for food reactivities, since a complete patient history is required to make a diagnosis. For now, there isn't enough research to determine the benefits (if any) of IgG-based tests.