Severe heat outbreaks — like the ones in the Western U.S. this past summer — make people miserable. They can also kill. Here’s how heat does its damage. 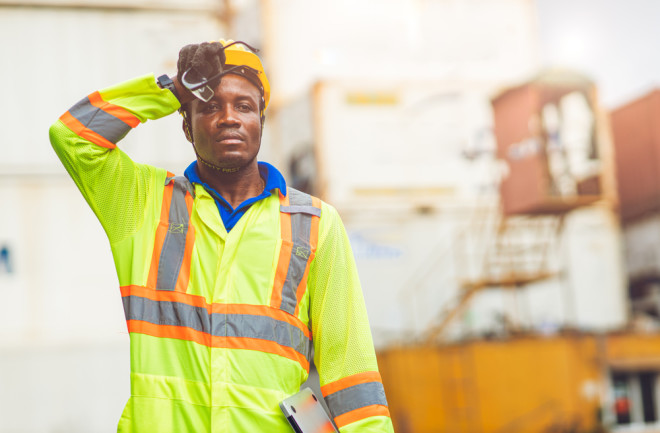 As Earth’s climate heats up, extreme heat events will become more likely. According to a recent study, by 2100 extreme heat and humidity will affect 1.2 billion people worldwide — more than four times the number of people affected today. And those effects can be deadly. According to the World Health Organization (WHO), more than 166,000 people died as a result of heatwaves between 1998 and 2017. Seventy thousand of those died in just one summer, during Europe’s 2003 heatwave. In the U.S. alone, heat kills more than 600 people each year.

So yes, heat kills. But how?

Remarkably, the human body operates within a very narrow range of temperatures. That range varies a little from person to person, but not all that much. The body has clever ways of maintaining that optimal temperature range, which is why we stay at a more or less steady internal body temperature winter and summer, indoors and out. However, there’s a limit to what the body can deal with. Prolonged exposure to very high temperatures can throw that control system out of whack. Daniel Henning is an emergency room physician at the University of Washington Medical Center in Seattle. He’s seen a lot of heat illness in his career, especially this summer. He explains that when the body gets too hot, the mechanisms it has for keeping the temperature in the safety zone can get overwhelmed.

However, if you’re exposed to really high temperatures for a long enough time, your body may not be able to produce enough sweat to keep your body temperature under control. (This can also be exacerbated if you’re already dehydrated, which is why it’s especially important to drink plenty of water when it’s hot.)

When sweating isn’t enough, your body has to work even harder to cool you down. The heart beats faster, trying to get the heat that’s built up in the core back to the surface where it can be cooled. The kidneys have to work harder, too.

When the body’s core temperature reaches 40° C (104° F), you’re in real trouble. At this point you have hyperthermia, sometimes called heat stroke, and the bad news just keeps coming. Your proteins and enzymes start breaking down. Your gut can begin to leak toxins into the bloodstream, creating a kind of sepsis. The immune system can begin producing an inflammatory reaction that further damages your organs.

“Usually,” says Henning, “by the time you've gotten to these really high temperatures, all of these things are happening simultaneously.”

Even if you get into serious trouble from extreme heat, with prompt treatment you can still survive. But without it, your odds are not good.

Construction workers, farmers, athletes, and other people who work or play outside are also at higher risk for hyperthermia, as are young children. However, most deaths from heat are among older people who live in homes without air conditioning, in part because older people are more likely to have one or more of the above risk factors.

What should you do to stay safe during extreme heat events? Stay inside an air-conditioned building. Drink plenty of water. If you do have to be outside, do it early in the day, stop for frequent breaks, and don’t overdo it. Sounds simple enough. But for many people those aren’t options. Poor people, who often have to work outdoors and are less likely to have access to air conditioning, are the most vulnerable.

Jeremy J. Hess, Director of the Center for Health and the Global Environment at the University of Washington, is a lead author on several climate-change assessments, including the Intergovernmental Panel on Climate Change Special Report on Managing the Risks of Extreme Events and Disasters to Advance Climate Change Adaptation. He says that as the world continues to heat up, we can expect increases in the frequency, severity, and sometimes duration of extreme heat events. That means more people will be exposed to dangerous levels of heat. We can save lives, but to do that, we will have to take action to reduce the risks to those who are most vulnerable. “In a lot of places, we're seeing these exposures increase faster than the protections,” he says. One of the many challenges of the changing climate is how to keep the vulnerable safe from deadly heat.

Choosing What Music You Listen To Could Relieve Pain

More From Discover
The Sciences
How Do Parents Understand A Baby's Cry?
Mind
People Are Drawn To Others With Similar Body Odor
Health
Researchers Restore Cell and Organ Function in Pigs After Death
Mind
Could Brain Injuries Explain King Henry VIII’s Tyrant Behavior?
Health
The Gray Area of Miscarriages in the Post-Roe World
The Sciences
Compared to Neanderthals, Human Brain Growth is Slow and Steady
Recommendations From Our Store
My Science ShopDiscover STEM Kits
My Science ShopDiscover 2022 Calendar
My Science ShopStrange Science
My Science ShopElements Flashcards
Shop Now
Stay Curious
Join
Our List