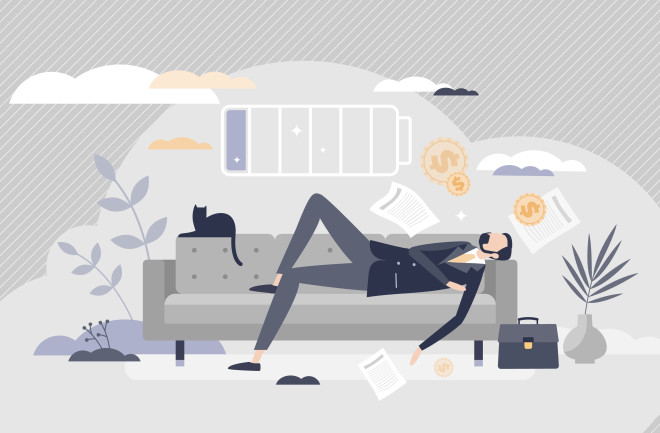 If you’re sleep-deprived after binge-watching a new series the night before, or you’ve been working nonstop and feel incredibly stressed, you should probably take a short, daytime nap. Naps are an important fatigue countermeasure that can improve your alertness and mood, helping you feel more awake and well-rested throughout the day.

Various educational institutions and companies across the country also recognize the benefits of a brief shut eye. For example, the University of California, Los Angeles and Google have designated sleeping pods to allow students and employees to nap whenever they need to. That’s because naps don’t just boost physical energy — they also help your brain perform at its best. Here’s how taking a nap can improve your memory performance.

A 2021 systematic review, published in the International Journal of Environmental Research and Public Health, found that a short, daytime nap improved cognitive performance in terms of alertness, executive function and memory for at least two hours after the nap. Moreover, taking naps earlier in the day — before 1 p.m. — resulted in better cognitive performance.

Memory tasks are perhaps the strongest evidence of naps’ benefits on cognition, says Rebecca M. C. Spencer, professor of psychological and brain sciences at the University of Massachusetts, Amherst. “We see nap benefits on various forms of learning, from learning of simple word pairs, to motor learning, to emotional learning,” Spencer adds.

How the Brain Saves Memories

Memory consolidation during sleep might occur because memory-related brain areas reactivate memories when you’re asleep. This strengthens the connections between neurons holding on to that memory, says Mednick.

When we learn something, it goes into the hippocampus, the region of the brain that is primarily associated with memory. During sleep, brain activity in the hippocampus matches the patterns of activity from when you were awake and learned it, says Spencer. This is the idea of neural replay. In other words, the brain essentially replays your memories, or a “movie” of your day, Spencer adds.

According to a 2015 study published in Neurobiology of Learning and Memory, naps have a beneficial impact on hippocampus-dependent memories. Researchers tasked participants to learn single words and word pairs, and afterward, had half of them take a nap while the other half watched a DVD. The researchers found that those who took a nap retained substantially more word pairs than the other group, which shows that a concentrated period of learning followed by a short nap can boost memory performance. Long before this study, a 2006 report in Current Biology also suggested that sleep-dependent memory consolidation is a hippocampus-mediated process.

In addition, when memories reactivate, events such as sleep spindles and slows the oscillations that take place in the cerebral cortex (the outermost layer of the brain). This supports memory formation and allows memories to stabilize there, says Spencer. Therefore, during sleep, a memory that is reactivated in the hippocampus is then stabilized in the cortex. This process happens specifically in slow-wave sleep, also called the non-Rapid Eye Movement (REM) stage 3 sleep, Spencer adds.

“A memory in the cortex is more stable because it can be filed away in a more orderly fashion,” says Spencer. “Think of the hippocampus as one big pile of papers from today. They all don't necessarily have things in common other than that they happened today. Filing it in the cortex, I can now put things in logical file drawers — that call with my mom goes in the ‘family’ drawer, that long run goes in my ‘trail’ drawer, that talk I went to goes in my ‘biology" drawer,’ etc.”

How the brain “saves” memories explains how naps improve learning and memory. Overall, daytime naps can be as effective as nighttime sleep in stabilizing or enhancing memory for newly learned information.

Although napping can provide numerous benefits, its impact may not be the same for everyone. A 2018 study, published in Scientific Reports, wanted to determine whether people who napped at least once a week (nap+) and people who rarely or never napped (nap-) had differences in nap outcomes, including memory consolidation processes that contribute to perceptual learning.

The authors found that four weeks of nap restriction among nap+ participants did not decrease the cognitive benefits they got from naps. And four weeks of nap practice among nap- participants did not boost nap-related perceptual learning. It’s possible that the intervention wasn’t long enough, but the results suggest that the benefits of napping may vary across different individuals. Some people are nappers, and some people aren’t, says Mednick, who was involved in the study.

According to Spencer, naps can be good for anyone, but they are particularly beneficial for people with high sleep needs (such as children or ill people), individuals who have lost sleep due to shift work and those who expect to lose sleep at night because they are about to work late.

The duration of a nap depends on what you want to get out of it, says Mednick. For instance, a 20-minute nap is helpful for increasing alertness and attention, while a 90-minute nap will get you through all the sleep stages, she adds.

If you want to take a nap to improve your memory performance, you need to sleep long enough to reach and experience the slow-wave phase. Therefore, a nap of about 45 minutes would be ideal, says Spencer. Don’t nap for too long or too late in the day though — otherwise, you might have a harder time falling asleep at night.

More From Discover
Mind
How Failing Could Actually Help us Succeed
The Sciences
How a Zombie-Ant Fungus Can Infect a Host
Mind
Video Games May Have Negative Effects on the Brain
Mind
What Is Emotional Blunting, and Do Antidepressants Cause It?
Technology
AI and the Human Brain: How Similar Are They?
Health
There's a New FDA-Approved Drug to Treat Alzheimer’s
Recommendations From Our Store
My Science ShopDiscover STEM Kits
My Science ShopDiscover 2022 Calendar
My Science ShopStrange Science
My Science ShopElements Flashcards
Shop Now
Stay Curious
Join
Our List