Is Coffee Good for You or Not?

Confused by the dizzying array of studies that seem contradictory at times? You've come to the right place. Here's what to know about coffee's — mostly beneficial — health impacts. 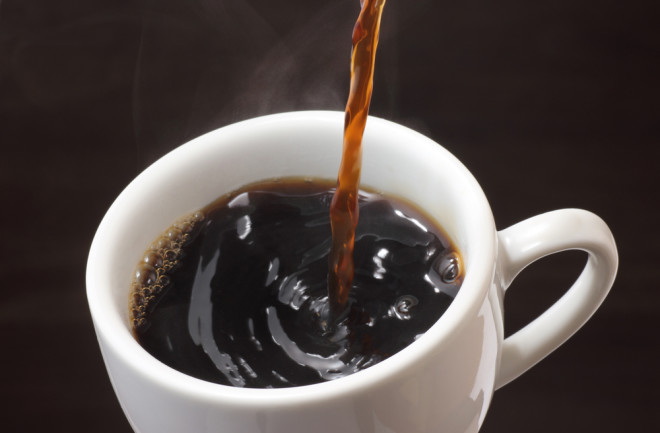 When a study came out in 1981 linking coffee to pancreatic cancer in the New England Journal of Medicine, its author, Brian MacMahon, spent the next few days taking seemingly endless phone calls from reporters.

That burst of media attention, he told the Epidemiology Monitor in an interview shortly after, probably had to do with “the fact that it is coffee — it’s almost like apple pie as Americans go — and it gives some of them an opportunity to have a go at the mad scientists who are always finding things that cause cancer.”

MacMahon was right about two things: An attack on a drink so deeply ingrained into our ethos was almost like an attack on America itself. And many were fed up with debates around its alleged risks. He was wrong about the cancer, though — the study’s design turned out to be flawed. A wealth of empirical evidence has since made a strong case for the health benefits of the coffee-drinking habit that no one ever really kicked, anyway.

According to recent research, coffee may even be good for you. “The overall evidence has been pretty convincing that coffee has been more healthful than harmful in terms of health outcomes,” says Frank Hu, chair of the Department of Nutrition at Harvard’s T.H. Chan School of Public Health. “For most people, moderate coffee consumption can be incorporated into a healthy diet.”

Hu confirmed what recent studies have found: Moderate coffee intake is linked to a lower likelihood of type 2 diabetes, heart disease, liver and endometrial cancers, Parkinson’s disease and depression. People who drink coffee may even reduce their risk of mortality, though it isn’t yet clear exactly what role the beverage plays in our lifespans. And a moderate amount of daily coffee is still pretty generous at two to five cups a day, according to Hu and a number of large mortality studies.

“Keeping within reasonable intakes, the benefits really do seem to outweigh any adverse effects,” says Marilyn Cornelis, a caffeine and coffee researcher at the Northwestern University’s Feinberg School of Medicine. Cornelis has studied coffee extensively, especially the role of genetics in coffee consumption.

The Key To Coffee’s Powers

Coffee is probably best known for that one natural stimulant — caffeine — that gives people energy and keeps them alert throughout the day. Caffeine binds on adenosine receptors, which normally make you feel sleepy, and reduces their depressive effects.

But it’s unlikely that caffeine is solely responsible for the health boosts the drink confers. “Coffee is a complex, plant-based beverage, which contains not just caffeine, but also hundreds of bioactive compounds,” Hu says. That makes it difficult to differentiate the effect of the drink’s individual components.

Your morning joe also contains lots of antioxidants called polyphenols, and they’re likely to confer various health benefits. Some polyphenols have been found to fight inflammation and protect against some diseases. Studies have suggested that some of the same reductions in diabetes and heart disease risk are associated with decaffeinated coffee, which means it’s not just the caffeine.

Why Past Studies Got It Wrong

For years, researchers linked coffee to a higher chance of developing some conditions that we now believe it combats. Studies spanning the 1980s and ‘90s, like MacMahon’s, pointed to coffee as a suspect in everything from heart disease to asthma.

Now, we know that there were likely several explanations for the early coffee studies that have overblown or even incorrectly construed its risks. For one thing, Hu and Cornelis say, a number of studies followed groups of people who drank coffee and also smoked, leading researchers to believe that coffee explained the adverse effects now associated with cigarettes.

Today, scientists use more advanced sampling and statistical methods. “We've addressed a lot of those limitations of previous studies,” Cornelis says. “Sometimes the public gets really frustrated with changes in nutrition and health, and that's probably because what we knew thirty years back is different from what we know now, and our methods continually advance.”

The old claims about coffee’s dangers have been largely refuted by more recent studies that include bigger groups of people and account for those outside factors (called “confounders”), like smoking, that can skew results.

According to Hu, anything that people consume plenty of is bound to come under scrutiny. “In the past, I think a lot of people thought, 'Oh, coffee's so delicious, there must be something bad about coffee,'” he says. “So I think the good news is that most people, coffee actually confers some health benefits.”

It Matters How You Take It

If you do opt for coffee, preparation matters. Experts find that coffee brewed with a paper filter is the preferred preparation method. Other methods of making coffee, including espresso, french press or boiled Turkish coffee are considered “unfiltered,” even if they’re strained by a metal filter. Unfiltered coffee is associated with higher rates of mortality, and can contain compounds called diterpenes that raise levels of “bad” cholesterol or LDL.

Though it can be tempting to assume coffee’s health benefits apply to a typical Starbucks drink, they often don’t. The experts often refer to coffee in its most basic form: drip coffee, Chem-X or pour overs with little added cream or sugar — not a venti java chip Frappuccino with extra whipped cream or a Dunkin’ caramel macchiato. Drinks like these include lots of added sugar and calories. Drinking regular coffee instead of these sugar-sweetened beverages, or others like soda or juice, however, has positive effects on health.

Risks Are Few, But They Exist

Coffee may impart a number of health benefits over time, but certain groups should approach consumption carefully. Not much is known about the effects of coffee on children. Meanwhile, caffeine has been found to have negative impacts on pregnancies. That’s why people who are expecting are usually asked to limit their coffee intake to 200 milligrams a day, the equivalent of about two cups. And for some, including people with panic or anxiety disorders, too much caffeine or its coffee equivalent can cause anxiety or other unwanted side effects.

But what when it comes to coffee, what might keep one person up all night may hardly affect another’s slumber. Cornelis says that there’s a complex relationship between genes and caffeine metabolism, or how quickly the body processes caffeine. She has researched how certain gene variants influence this process. To make matters more complicated, this response can vary over different populations that may have evolved to tolerate more or less caffeine.

Is Coffee Addictive, And Does it Matter?

If you asked the 62 percent of Americans that drink coffee every day to quit tomorrow, you’d likely be met with a resounding “no.” But whether or not people can become addicted to coffee, or caffeine specifically, really depends on how one defines drugs and addictions

“Caffeine Use Disorder” is defined in the latest edition of the Diagnostic and Statistical Manual of Mental Disorders (DSM) as a condition, but it doesn’t meet the criteria of “Substance Abuse” and "Substance Dependence,” and isn’t recognized as a clinical disorder. But an international classification system, ICD-10, does count it — they call it “Caffeine Dependence Syndrome.”

This leaves coffee in a somewhat unusual position. It has clearly defined withdrawal symptoms, like headache, fatigue, trouble concentrating, and can lead to tolerance and cravings — but likely doesn’t accompany other hallmarks of substance abuse and dependence, like absence from important social or work situations, use in physically dangerous situations or legal issues. To equate caffeine dependence with more serious substance use issues would serve to minimize them, Cornelis says.

While the consequences that come with any habit-forming substance shouldn’t be discounted, experts say that people generally tend to successfully moderate caffeine use by drinking less coffee when they experience negative effects. “Based on our genetics, we're all kind of in tune with how much caffeine we can tolerate,” Cornelis says. “Many of us are well aware of the effects of caffeine, and so we moderate our coffee consumption adequately.”

We’ve clearly come a long way since the coffee panic of decades’ past and now know that we can handle a few daily cups — and may even be better off for them.

Liquid Meal Replacements: Can We Move Beyond Food?