A new, anti-aging vaccine is the latest breakthrough meant to extend our lifespans and healthspans. 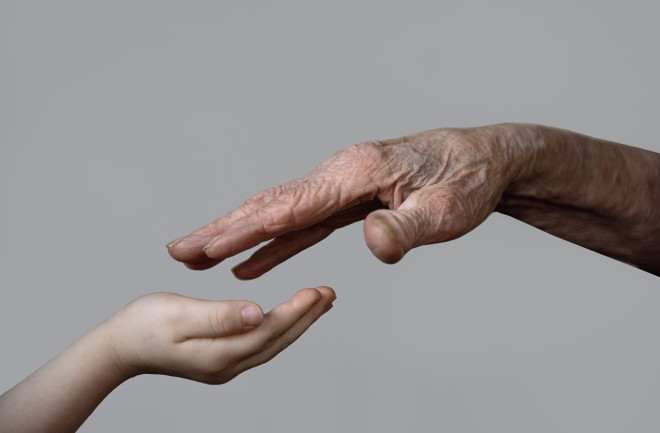 How long could we extend the human lifespan if geriatric problems like diabetes and heart disease were a thing of the past? Riding a wave of growing interest in longevity research, scientists in Japan recently developed a vaccine that targets the body’s senescent cells — aging cells that no longer divide but can still cause chronic inflammation and disease as they accumulate in our tissues.

“Most age-related diseases involve the accumulation of senescent cells,” says Tohru Minamino, professor and chairman of cardiovascular biology and medicine at Juntendo University in Tokyo and lead author of the study, published in Nature Aging in December. If senescent cells accumulate in blood vessels, he explains, they cause arteriosclerosis; in the heart, they cause heart failure; and in abdominal fat, they cause diabetes.

Despite a brief dip in 2020 due to the COVID-19 pandemic, global life expectancy has risen dramatically in the past few decades. Unfortunately, the rate of age-related chronic diseases such as cancer, diabetes and heart disease has risen along with it. By targeting cells in the body associated with aging and its associated illnesses, however, longevity researchers hope to extend both the human lifespan and what they call our “healthspan”: the length of time we’re generally in good health.

Senescence is biology’s way of stopping damaged cells in their tracks — preventing those with damaged DNA, for example, from replicating and becoming cancerous. “When cells are damaged, you don’t want them to go on doing the usual things they do because they could do it wrong,” says Salvador Macip, professor of molecular and cell biology at the University of Leicester in the U.K. and at the Open University of Catalonia in Spain.

But in the early 2000s, he explains, scientists realized that senescence wasn’t just an anti-cancer mechanism: These “zombie cells,” as they are sometimes referred to, accumulate with age, churn out chemicals that cause inflammation and scarring in surrounding tissue, and disrupt its function. “Like zombies, senescent cells are not dead, but they are not alive — they are not contributing to normal function,” says Macip. “Some of the factors that these cells are secreting can turn neighboring cells into senescent cells. That’s a classic zombie move.”

In 2011, research showed for the first time that eliminating these senescent cells in mice delayed the onset of age-related disease. Soon, scientists began seeking ways to replicate that in humans. The first generation of senolytic drugs (that is, drugs that target senescent cells) successfully killed these zombie cells, but brought on unintended side effects because they damaged healthy cells as well.

Borrowing from the cancer treatment playbook, Macip and a team of international researchers created a more targeted senolytic last year, using a monoclonal antibody that attached to a protein on the surface of senescent cells before delivering a toxic chemical inside. In a study published in Nature, they showed that this second-generation senolytic successfully cleared the cells — but, as before, the protein marker that it targeted was not 100 percent specific to senescent cells. The search for new, more specific markers continued.

Read More: This Senolytic Antibody Drug Could Combat Aging, and the Diseases It Brings

Mere months later, Minamino and his colleagues announced that they’d zeroed in on a different protein (glycoprotein nmb, or GPNMB) found on the surface of senescent cells and malignant cells such as melanoma. GPNMB is also found on immune cells called macrophages, but in such small enough amounts, Minamino says, that their vaccine should not target these healthy cells.

Not only did it improve the lifespan of prematurely aging mice by 19 percent, but the vaccine also reduced frailty and decreased signs of metabolic disease in older mice. And when given to mice prone to hardening of the arteries, it even reversed atherosclerosis. “Our study shows for the first time that our immune system can eliminate senescent cells if adequately activated by vaccination, which is an exciting finding,” he says.

Other Hallmarks of Aging

Though senescence is currently seen as a central hallmark of aging, longevity researchers around the world are also tackling other aspects of aging: DNA damage occurs daily, for example, but the body’s DNA repair system becomes less efficient with age and can lead to genetic instability. Likewise, alterations to the epigenome, which controls which genes are turned on and off, can cause cells to read the wrong genes and lose their function over time.

Ultimately, it may be a combination of approaches that results in an effective treatment for aging, explains David Sinclair, professor of genetics at Harvard University Medical School and author of Lifespan: Why We Age and Why We Don’t Have To. “We showed about a year ago, for example, that we could reverse epigenetic drift and get cells to remember how to behave,” he says. Indeed, he and his colleagues were able to restore vision in aged mice by reprogramming old cells to a younger state, according to research published in Nature in 2020.

Sinclair and other researchers have also focused on enzymes called sirtuins. These, he explains, “control the epigenome and slow down the ticking of the clock.” They’ve also turned to a co-enzyme called nicotinamide adenine dinucleotide (NAD), which helps to repair damaged DNA and has been shown to delay senescence. “We have mice who are taking NMN, a precursor of NAD, and they are staying healthier for longer,” he says. “And it may be because they are staying young for longer.”

When might people reap the benefits of all this research? Despite its promising findings in mice, an anti-aging vaccine is still years away from use in humans; first, larger animal studies must prove its safety and efficacy. But early clinical trials using other senolytics — as well as NAD boosters — are already underway in humans, and some have shown promising results. “In the next five years,” Sinclair predicts, “at least one drug will be on the market coming out of this research.”

More From Discover
The Sciences
5 Interesting Facts About Chemist Percy Julian
Health
Is Vitamin C Actually an Effective Cold Remedy?
Mind
What Is Emotional Blunting, and Do Antidepressants Cause It?
Health
What New Variants Of COVID-19 Are Currently Circulating?
Health
Why Eating Disorders Are so Difficult to Treat
Health
The Origins of Organ Transplantation
Recommendations From Our Store
My Science ShopDiscover STEM Kits
My Science ShopDiscover 2022 Calendar
My Science ShopStrange Science
My Science ShopElements Flashcards
Shop Now
Stay Curious
Join
Our List