Vaccines are here. Still, the pandemic rages on. 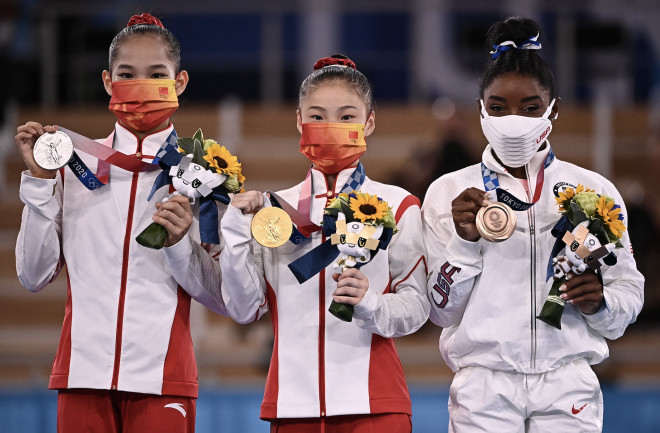 As our calendars flipped to 2021, pandemic life didn’t feel particularly different than it had for the past year. Except, by that point, the very first doses of a COVID-19 vaccine had been administered.

Over the next few months, as people hit their immunity mark — two weeks after their final dose — those who had been staying home began to venture back into the world. And, on May 13, the CDC announced liberating new guidelines, allowing vaccinated people to “resume activities without wearing a mask or physically distancing.” A return to normal seemed to be on the way.

The vaccine rollout worldwide was marred by vaccine hesitancy in some areas, and inequities in availability in others. By July 25, two months after children ages 12–15 were approved for vaccination, more than 164 million people in the U.S. had been fully vaccinated — roughly 50 percent of the population. But some 14–26 percent of unvaccinated Americans said they would not get a shot, according to Gallup polling and other surveys. Globally, vaccination rates were much lower, at only 14 percent fully vaccinated, with countries like Australia and South Korea falling below average due to bureaucratic delays, and more than a dozen others coming in under 1 percent.

Meanwhile, some highly vaccinated communities in the U.S. remained overly cautious, continuing masking even when CDC guidelines said they didn’t need to, while others had resisted masks from the start. “There are people on both ends,” Preeti Malani, chief health officer at the University of Michigan, said in July. “I think both views are a little bit unfortunate for different reasons. We’ve got to bring everyone to the middle.”

Still, new U.S. daily COVID-19 cases, as well as death rates, dropped off continuously from the all-time high in January 2021 to a low (just under 8,500 new cases) on June 14. The next month, CDC director Rochelle Walensky announced that over 97 percent of people entering U.S. hospitals with COVID-19 were unvaccinated — a strong testament to the vaccine’s efficacy.

Then the tides began to turn.

Virus mutations, combined with low vaccination rates, dashed any hopes of a clean end to the pandemic, says University of Wisconsin-Madison virologist Dave O’Connor. “The story of 2020 was the emergence and global spread of the virus and the extraordinary development of highly effective vaccines,” O’Connor says. “The story of 2021 is going to be, ‘But wait, the variants.’ ”

Variation in a continually evolving virus isn’t surprising, but the impact that SARS-CoV-2’s variants have had is exceptional. The first detected variant (B.1.1.7, Alpha), thought to have emerged in September 2020 in the U.K., sounded an initial alarm that grew louder as three more variants (including B.1.617.2, Delta) popped up worldwide. “I think we didn’t appreciate six months ago that these variants would be the factor that it has become,” Bronwyn MacInnis, genomic epidemiologist at the Broad Institute, said this summer.

Driven by Delta, India’s second wave peaked in May, killing more than 3,500 people per day for three weeks straight. That same month, Moderna announced early success in trials with booster shots to combat Beta and Gamma, and they confirmed the next month that it protected against Delta and other variants. A July study in the New England Journal of Medicine found that a two-shot dose of the Pfizer-BioNTech vaccine was 88 percent effective against Delta. But for the 86 percent of the world that remained unvaccinated, the news was not much relief.

By late July, Delta was responsible for over 80 percent of U.S. cases. Researchers confirmed vaccinated people can still transmit the variant, and a new set of CDC guidelines recommended that everyone mask up indoors in high-transmission areas. Then in August, the Pfizer-BioNTech vaccine received full FDA approval, with Biden announcing booster shots would begin in the fall — based on research showing a dip in efficacy for some vaccines after six months.

Plenty of challenges remain, two years after the virus first appeared. Researchers still don’t know what causes post-acute COVID-19 syndrome. Doctors continue to treat these “long-haulers,” who could number in the tens of millions, for symptoms rather than underlying causes.

And the origins of the virus itself remain elusive. Plus, the window for inquiry is closing as key samples disappear, according to a team of international researchers appointed by the WHO for origin tracing. In late August, the scientists published a commentary in Nature urging for “fast-track” biological studies and access to data in China regarding the earliest cases of COVID-19 identified in Wuhan.

Origins aside, O’Connor says that three key players in the pandemic will likely transform the way that medicine and science work going forward: mRNA vaccines, therapeutic monoclonal antibodies and “the arrival of genomics in public health.”

Tracking and mapping different variants of a disease is nothing new, says MacInnis, but the methods have “grown up with the times.” Rather than tracking a specific mutation, researchers now track entire viral genomes. “Knowing this will be part of the toolkit for infectious disease control in the future is really gratifying,” she says.

Malaria Vaccines Could Be Game-Changers

5 Inventions That Changed The World

More From Discover
Health
Deer Can Carry the Coronavirus: Here's What That Means for the Pandemic
The Sciences
What Does It Mean To Be a Science Writer Amidst the Pandemic?
Health
Does the Vaccine Cut Your Risk of Getting Long COVID?
Health
What Does Full FDA Approval of a Vaccine Do If It’s Already Authorized for Emergency Use?
Planet Earth
A Glimpse Inside a Termite's Gut and More Award-Winning Footage of the Microscopic World
Health
How Viruses Could Cure Cancer and Save Lives
Recommendations From Our Store
My Science ShopDiscover STEM Kits
My Science ShopDiscover 2022 Calendar
My Science ShopStrange Science
My Science ShopElements Flashcards
Shop Now
Stay Curious
Join
Our List