Though there are some mechanisms that prevent people from contracting two viruses at the same time, scientists say that the flu season could cause an increase in influenza and coronavirus co-infections — also called "flurona." 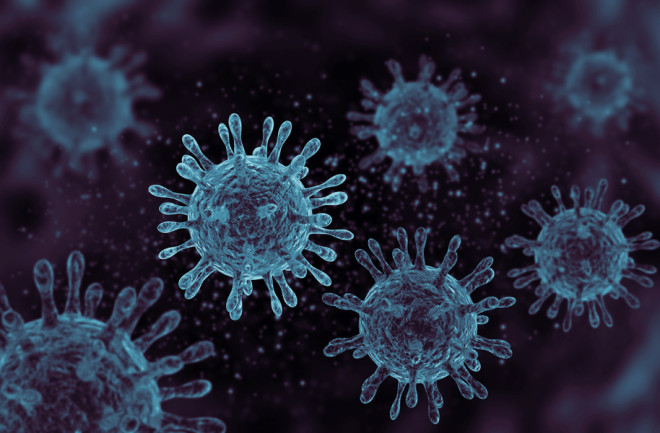 With winter approaching and a potentially severe flu season setting in, scientists are talking about the possibility of a "twindemic" of influenza and COVID-19. Adding more pressure to an already stressed medical apparatus, scientists say that the surge of the two conditions could also cause an increase in the occurrence of "flurona," a fearsome co-infection of flu and coronavirus at the same time.

Though some scientists stress that most people possess innate protections that moderate their chances of catching co-infections of flu and COVID-19, others say that these fortifications aren't perfectly foolproof. So, what — specifically — are these protections, and can we count on them to counter future cases of "flurona?"

Read more: What Is A "Twindemic," And Why Should We Worry About It Going Into Flu Season?

Several viruses can circulate simultaneously. In fact, common colds, influenzas and other illnesses — including coronaviruses — are all more common when the weather is chillier. This increases the probability for a person to contract more than one ailment at once.

Fortunately, there are several natural processes that can protect people from catching several viruses simultaneously. Viral interference, for instance, is an automatic phenomenon in which an infection from one virus prevents or reduces the risk of an infection from another. And though scientists aren't absolutely sure about the mechanisms involved in the process, many suspect that an individual’s immune system sends out a fleet of proteins called "interferons" after the initial invasion of a virus. These interferons, they say, provide the infected individual with a temporary, non-specific immunity against any additional viruses that could potentially pop up while they fight off their first infection.

Though some scientists theorize that this phenomenon of viral interference could stop the potential spread of "flurona" this season, others caution that the interferon fleet isn't failsafe. Viral interference cannot suppress all co-infections from occurring, since some individuals are still catching the two conditions simultaneously.

So, what is "flurona?" The term arose in 2020, following the first few reports of patients testing positive for influenza and coronavirus concurrently. As such, the term isn’t an allusion to a distinct disease or an isolated "super virus" so much as a simultaneous combination of infections from two separate viruses.

At first glance, a "flurona" co-infection might not seem different from a singular case of influenza or coronavirus. Respiratory viruses cause both the seasonal flu and COVID-19. Coughing, sneezing, speaking and breathing also transmit both flu and COVID-19 through the air. Plus, the infections both produce similar symptoms, including fever, fatigue and a sore, scratchy throat. With so many parallels between the two, it makes sense to wonder whether a co-infection would be any worse than catching one of the two viruses in isolation.

Though the common causes and signs of "flurona" correspond to those of an isolated influenza or coronavirus case, the outcomes of co-infections are not at all the same. According to one study, the combination of the two increases symptom severity and constitutes a major cause of "severe outcome and mortality." Specifically, it found that two-thirds of the individuals that passed away, out of a small sample of COVID-19 patients, died due to a concomitant infection from influenza.

Plus, similar, more recent research produced parallel results, revealing that the combination of influenza and coronavirus is "associated with increased odds of receiving invasive mechanical ventilation compared with SARS-CoV-2 monoinfection," as well as "increased odds of death."

While specialists say that these co-infections may result in more severe outcomes, the overall prevalence of these cases is much tricker to track. That said, the research that is available fortunately finds that "flurona" remains relatively rare. For instance, one study asserts that the frequency of these co-infections among COVID-19 positive patients is 0.8 percent worldwide and 0.4 percent in the United States. A second study solidifies this rarity of infection, stating "flurona" occurs in only 0.5 percent of coronavirus cases.

Though more research is needed about the competing powers of viral interference and "flurona," specialists are adamant that the best way to protect yourself and reduce your risk of catching a co-infection of influenza and coronavirus is to obtain vaccinations for both viruses, potentially even at the same time. In fact, the CDC says that taking a single trip to the doctor to receive both this year’s flu shot and the new bivalent COVID-19 booster is a perfectly safe option for the vast majority of individuals.

More From Discover
Health
Is Vitamin C Actually an Effective Cold Remedy?
Mind
What Is Emotional Blunting, and Do Antidepressants Cause It?
Health
Why Eating Disorders Are so Difficult to Treat
Health
The Origins of Organ Transplantation
Health
Beer Hops May Fend Off Alzheimer’s
Health
When You Should Get the COVID-19 Booster After Infection
Recommendations From Our Store
My Science ShopDiscover STEM Kits
My Science ShopDiscover 2022 Calendar
My Science ShopStrange Science
My Science ShopElements Flashcards
Shop Now
Stay Curious
Join
Our List