In 1982, seven people in the Chicago area were killed after taking tampered Tylenol capsules that were laced with potassium cyanide. The impact on the pharmaceutical industry continues to this day. 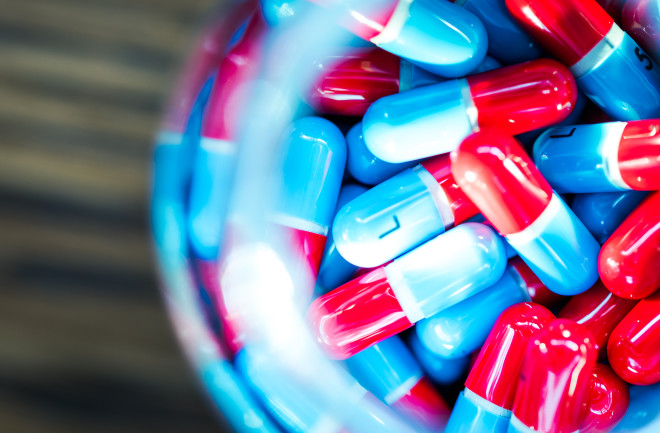 On a Thursday morning in 1982, a 12-year-old girl in suburban Chicago woke up feeling sick. Her parents decided to keep her home from school, and she took a dose of extra-strength Tylenol. Soon after she swallowed the familiar red-and-blue pills, her parents found her dead on the bathroom floor. Later that afternoon in a nearby suburb, a 27-year-old man felt a muscle ache. He took several extra-strength Tylenols and collapsed. When he died that evening, his stunned family gathered at his house. His younger brother took several Tylenols and then passed the bottle to his wife. Both soon died.

In the coming days, three more women in the Chicago area died after taking extra-strength Tylenol. One of the victims had just given birth to her fourth child and turned to the acetaminophen for relief.  Another was a single mother raising two young boys. The last victim was a flight attendant who had just returned to Chicago and stopped at a drugstore on her way home to buy the bottle.

First responders immediately sensed that the Tylenol was the sinister link between the fatalities. Authorities collected the suspected bottles from the grieving families and sent the contents for testing. Lab results revealed that many of the pills had been swapped out with potassium cyanide tablets. At the time, over-the-counter medicines didn’t have safety seals or tamper proof packaging. Someone, authorities realized, had taken Tylenol bottles from store shelves and contaminated them with potassium cyanide before putting them back. Five to seven milligrams of potassium cyanide can kill a person, and the pills were a far more potent 45 mg.

The poisoner was determined to kill, and the toxic tablets were designed to resemble the well-known Tylenol pills. The deadly plan worked, and although authorities still don’t understand the motivation for the murders, they know the culprit picked a poison and delivered a dose that no antidote could have cured in time. Beyond that, the shocking murders catalyzed major changes in the way that we take pills that still exist today.

Cyanide is a naturally occurring chemical compound with a molecular makeup of a carbon atom triple bonded to a nitrogen atom. Cyanogenic compounds are produced by various fungi, algae and plants. And certain fruit seeds, such as apple seeds, fruit stones and peach pits, contain cyanogenic compounds.

But cyanide can also be manufactured in several forms, including hydrogen cyanide (HCN), a liquid that is colorless, odorless and highly flammable. It boils at room temperature, and in its gas state, it can kill within a minute. Hydrogen cyanide was used to murder more than one million people in the gas chambers at Auschwitz. Potassium cyanide and sodium cyanide, meanwhile, are soluble, ingestible crystals. Potassium cyanide (KCN) was famously added to a flavored punch and then drank by more than 900 members of the Jonestown cult in a mass murder-suicide in 1978.

Not all uses of cyanide are quite so nefarious. Cyanides are used industriously for mining gold, pest control and electroplating, the process of coating a metal with a thin layer of another metal. When employed as a murder weapon, though, it doesn't take long for its devastating impacts on the body to take hold.

Cyanide disrupts the mitochondria’s ability to produce adenosine triphosphate (ATP), which is present in all living tissue and the primary energy source for important bodily functions like muscle contraction.  Without ATP, the central nervous system begins shutting down. Depending on the dosage, symptoms will appear within minutes or hours. With lower doses, a person might first experience headache, dizziness or nausea before fatal indicators appear. Victims of a larger dose experience more shocking symptoms within minutes, such as arrhythmias, coma, or seizure.

Typically, cyanide poisoning usually kills within 45 minutes, and most victims experience cardiac arrest. That means victims are typically already beyond treatment when they arrive at the hospital, and physicians have to rely on post-mortem testing to understand what killed the patient.

Emergency room physicians who saw the three family members poison by the tainted Tylenol, noticed they all had dilated pupils, an indication of brain damage.  After lab results confirmed the pills were poisoned, authorities acted quickly to warn the public. News casts alerted people to throw out all Tylenol products. The maker of Tylenol willingly recalled all products across the nation, and offered a reward for information leading to the capture of the unknown assailant.

Authorities, however, never learned who did the poisoning or how they went about doing it. They suspected the poisoner didn’t work at a manufacturing plant, and instead took advantage of the fact that retail products at the time didn’t have security seals or tamper proof packaging.

It didn't take long for the Food and Drug Administration to respond, quickly mobilizing efforts stop lethal tampering in the future. Tamper proof packaging became mandatory, and the following year, the U.S. Congress passed an act making it a federal crime to tamper with consumer products. The pharmaceutical industry also shifted away from capsules, as they were easier to contaminate than tablets.

Such safety measures remain important, but the concern over cyanide has shifted to something else in the last few decades. The U.S. government considers cyanide a potential agent of chemical terrorism for tainting food and waters supplies. In 2019, an article in the Journal of Medical Toxicology warned that cyanide is “the ideal chemical weapon” because it is readily available and easy to use. Most concerningly, it's also highly lethal.

What is Long COVID and What are the Symptoms?

Your Body, the First 5 Minutes After You Die

More From Discover
Mind
What is Anxiety and How Can Worries Overpower Us?
Health
What is Epilepsy and What Should We Know About it?
Health
Year-Round Daylight Savings Could Threaten Our Sleep and Heart Health
Health
Navigating Hearing Loss And New Over-the-Counter Solutions
Health
How Ultra-Processed Foods Can Affect Your Mental Health
Health
Deadly Animal Venom Could Lead To Pharmaceutical Breakthroughs
Recommendations From Our Store
My Science ShopDiscover STEM Kits
My Science ShopDiscover 2022 Calendar
My Science ShopStrange Science
My Science ShopElements Flashcards
Shop Now
Stay Curious
Join
Our List