A handful of recipients developed an extremely rare disorder. How worried should you be if you already got the Johnson & Johnson vaccine? 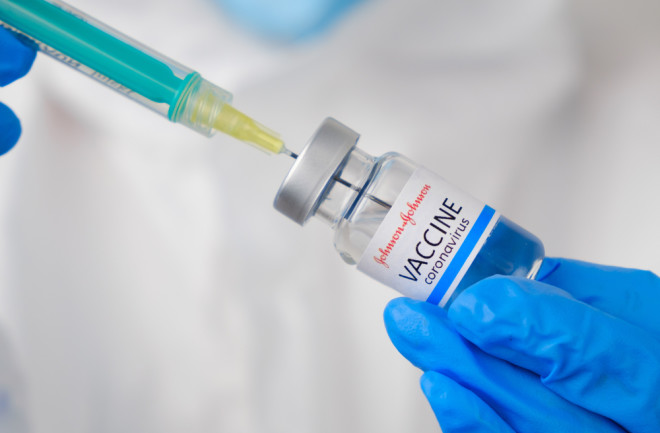 Use of the Johnson & Johnson Covid-19 vaccine stopped last week after federal health agencies recommended a “pause” in the vaccine’s distribution while they investigate a rare blood-clotting disorder that occurred in six recipients in the United States.

All six of the recipients who experienced this disorder, known as cerebral venous sinus thrombosis (CVST), developed the illness within three weeks of vaccination and were women between the ages of 18 and 48; one has died. So far, over seven million people in the US have received the Johnson & Johnson vaccine, with one million of them being women within that age group.

“We are recommending a pause in the use of this vaccine out of an abundance of caution,” Peter Marks, the director of the Food and Drug Administration’s Center for Biologics Evaluation and Research, and Anne Schuchat, the principal deputy director of the CDC, said in a joint statement. “Right now, these adverse events appear to be extremely rare.”

While the pause was intended only as a recommendation, the impact of the announcement was immediate. By Tuesday evening of last week, every state had announced a complete halt in the use of Johnson & Johnson vaccines. In the same vein, the U.S. military, federally run vaccination sites, and all CVS and Walgreens pharmacies discontinued distribution.

What is Cerebral Venous Sinus Thrombosis?

CVST, the condition that prompted the worries, happens when a blood clot forms in the brain’s venous sinuses. This prevents blood from draining out of the brain and results in blood cells breaking and leaking blood into the brain tissues, forming a hemorrhage.

Two papers published in the New England Journal of Medicine offer a partial explanation as to how a vaccine could cause this side effect. In the case of the AstraZeneca vaccine, which has seen the same side effect, blood clots were found in people who already had high levels of antibodies to platelet factor 4 — the same types of antibodies reported infrequently after treatment with heparin, one of the strongest and most common blood thinners. Although the reported findings don’t explain how a vaccine could cause the immune system to produce those antibodies, it’s progress toward explaining the extremely rare but serious side effect. The researchers also likened the condition to one that doctors sometimes see in patients treated with heparin.

“It's similar to another condition that we do sometimes see in hospitals, known as heparin-induced thrombocytopenia,” says Susan Quaggin, director of Northwestern’s Feinberg Cardiovascular and Renal Research Institute. “It's a different type of clotting — it’s not run-of-the-mill clotting, it's unusual.”

Because it resembles heparin-induced thrombocytopenia, where there are also low levels of platelets circulating in the bloodstream alongside the clotting, the condition can’t be treated with heparin, as is standard for blood clots, since that could amplify the problem.

Experts are still investigating whether the vaccine caused the clotting, but the pause is not anticipated to last long. Federal health officials stressed that a large reason behind pausing the use of the Johnson & Johnson vaccine was to make sure medical professionals were aware that blood clots potentially associated with a vaccine should not be treated with heparin.

At a White House briefing, Anthony Fauci, the Biden administration's chief medical adviser on Covid-19, said he understood the review to be "more like days to weeks than weeks to months."

How Worried Should You Be?

As of now, the likelihood of experiencing a blood clot after receiving the Johnson & Johnson vaccine is about one in a million. Johnson & Johnson’s one-shot option has proven to be a valuable tool in vaccinating people through mass sites, in rural areas and in targeting populations that might have difficulty returning for a second appointment — or just simply for convenience. So the decision to pause the use of the vaccine resulted in debate, with some arguing that the risk of Covid-19 remains higher than the risk of an adverse effect from vaccination.

“It's a challenging decision from multiple perspectives, but the reality is that this is the vaccine surveillance system working as intended,” says Rachael Piltch-Loeb, an expert in health risk communications at the NYU School of Global Public Health. “There's been an identified, select number of rare events, and there is a need to look into the relationship between those events and the vaccine, and a need to inform the public.”

Piltch-Loeb says it’s a huge challenge to communicate this information in a way that doesn’t increase vaccine hesitancy but hopes that the pause is comforting to anyone concerned about vaccine side effects as the CDC and FDA look into the situation.

Quaggin emphasizes that these side effects are extremely rare but notes that if you received the Johnson & Johnson vaccine within the past three weeks, and experience severe headache, abdominal pain, leg pain or shortness of breath, seek medical attention immediately.

“We're only talking about the J&J vaccine,” says Piltch-Loeb. “We have three approved vaccines in the United States, and the news that's coming out has nothing to do with both the Pfizer and Moderna vaccines. The reality is that all three vaccines prevent severe illness and death. So if the choice is between exposure to Covid-19, and getting a vaccine, the vaccine seems like the lesser of the potential effects on an individual.”

More From Discover
Health
Is Vitamin C Actually an Effective Cold Remedy?
Mind
What Is Emotional Blunting, and Do Antidepressants Cause It?
Health
What New Variants Of COVID-19 Are Currently Circulating?
Health
Why Eating Disorders Are so Difficult to Treat
Health
The Origins of Organ Transplantation
Health
Beer Hops May Fend Off Alzheimer’s
Recommendations From Our Store
My Science ShopDiscover STEM Kits
My Science ShopDiscover 2022 Calendar
My Science ShopStrange Science
My Science ShopElements Flashcards
Shop Now
Stay Curious
Join
Our List