Preliminary research indicates that binaural beats might affect our brains. But don't believe everything a YouTube video says. 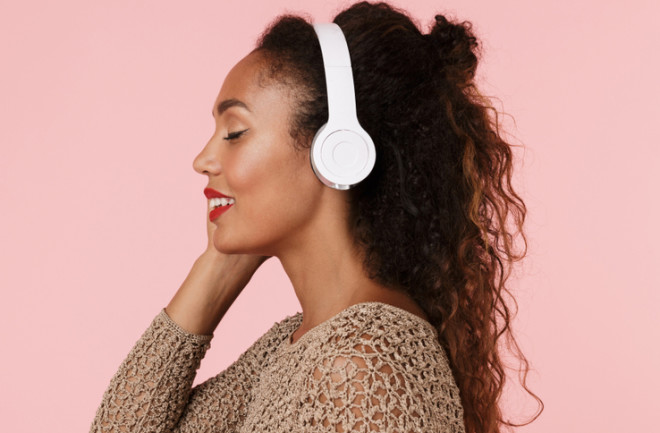 Something weird happens to your brain when you play a steady tone at two slightly different frequencies. If one headphone speaker plays a low, constant drone at, for example, 400 Hertz and the other at 410 Hz, you’ll start to hear a third pulse or beat. (Try it yourself in the video embedded below.)

The odd thing is there’s no physical beat — it’s all in your head. This is an auditory trick called a binaural beat, sort of like an optical illusion for your ears.

A growing number of companies are making bold claims that binaural beats work like “digital drugs” to “biohack” your brain, unlocking super-powered memory and creativity while melting away stress and tackling migraines or insomnia. An entire cottage industry has sprung up around the concept, hawking CDs, MP3s and apps to deliver supposedly healing pulses of sound.

But the evidence for binaural beats’ therapeutic powers is not at all conclusive, according to Joydeep Bhattacharya, a psychology professor at Goldsmiths, University of London who has studied the neuroscience of music for 20 years, including binaural beat research. The number of studies into binaural beats is low, most have small sample sizes and the results aren’t always replicable.

“A lot of big claims have been made without adequate verification,” Bhattacharya says.

Nonetheless, a 2018 meta-analysis in Psychological Research examined 22 studies and found indications that binaural beats might affect our brains in some way. This includes boosting attention span, dampening anxiety and promoting pain relief, although evidence was modest. What’s more, the effects increased the longer people listened. However, the authors note whatever mechanism is creating these changes remains unknown.

You can hear the curious beat at the center of this optical illusion best with a pair of good headphones to drown out interfering sound. When each ear picks up a slightly different pitch, the brain tries to compensate and finds a frequency somewhere in the middle.

This allegedly causes both hemispheres of the brain to harmonize their brainwaves, a phenomenon called neural entrainment. Brainwaves are the regular patterns that firing neurons create in our brains, so binaural beats could be bringing these rhythmic patterns into alignment — though some research disputes this. But there’s no solid evidence they can make anyone smarter, sleep better or “cleanse their chakras.”

A central problem with the available research, according to Bhattacharya, is that most studies on binaural beats go looking for a specific outcome, such as improved concentration, rather than analyzing an underlying mechanism in the brain and working from there. This may bias the outcome. Unfortunately, few actual brain imaging studies of binaural beats exist, and those that do have produced mixed results.

“In the electrophysiological neuroimaging studies, you will find the results are split,” Bhattacharya says. “And that gives you a good indication that the story is more complicated than many of the behavioral studies want to convince you.”

In 2016, researchers at Virginia Polytechnic Institute and State University examined the minds of 28 adults using EEG electrodes, which allow scientists to record brainwaves. They listened to binaural beats of varying frequency, or a control sound, while performing a memory task called delayed matching to sample. It involves briefly viewing complex patterns then picking the correct one from a group.

Only the group with the highest binaural beat ratio (a difference of 15 Hz between left and right headphones) saw any improvement in their working memory — a 3 percent increase in accuracy. Other ratios of tones, and the control sounds, actually decreased the participants’ accuracy on the tasks.

Based on their EEG data, the researchers think the binaural beats at the highest ratio seem to improve the connection strength of the brain regions associated with working memory. That could explain the improvement they saw, though more study is needed.

But, of course, more research is needed to understand what binaural beats can and cannot do. Research into the anxiety-relieving or sleep-bringing, or any other, powers of the tones is yet to be done, meaning that we have no evidence for these things beyond anecdotes.

In the meantime, though, they seem safe to try. Overall, binaural beats are noninvasive, and there are no reported side effects from listening to them, aside from potential hearing loss if the volume is too high.

“I have talked to many people, some of them say [binaural beats] really help them relax,” Bhattacharya says. “Research-wise, I can raise a lot of flags, but from the users’ point of view, if it really helps, OK, I’m all for it.”

How Super Are Super Senses?