Conversations With Strangers Are Often More Enjoyable Than We Expect

You might feel anxious about talking to a stranger — including concerns that you'll run out of things to talk about, or simply have a bad time. But recent research reveals that we might not need to worry so much. 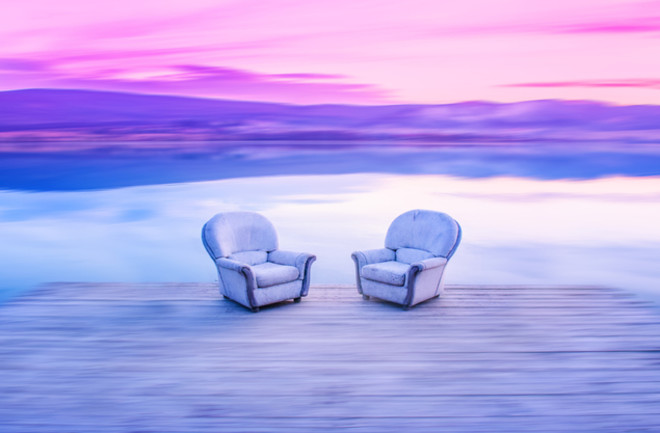 Humans are social beings by nature. Just as it is for many other creatures, social behavior is crucial for our survival: Cooperating with other people, exchanging experiences, knowledge and feelings with them, as well as spending quality time together, are all necessary for us to thrive. In fact, people who are lonely or socially isolated usually have a higher risk of cardiac death, dementia, and depression. Having poorer — and fewer —social ties is also associated with impaired immune function, further establishing that our social networks fulfill an essential human need.

Luckily, establishing good social relationships often start with a simple conversation. For those who are afraid to talk to new people or struggle with social anxiety, however, that doesn't always come easily. People often expect that talking to strangers will be awkward and unpleasant, or that the other person would be disinterested in them. But despite that common assumption when it comes to initiating conversations, here’s what the research actually says.

The researchers of a 2021 study published in the Journal of Personality and Social Psychology conducted several experiments to find out whether people have accurate beliefs about how their conversation with a new acquaintance will unfold over time. An individual would often expect their enjoyment to decline over time, but as the study found, this wasn’t exactly the case.

“We found that people tend to underestimate how much they will enjoy longer-lasting conversations," says Michael Kardas, one of the study authors and a postdoctoral fellow in management and marketing at Northwestern University. "People expect that conversations will become less enjoyable as they progress, but in actuality, [the] conversation remains a pleasant experience for longer than people anticipate."

At first, the study participants were concerned that they might run out of topics to discuss and that the conversation will become unpleasant as a result. However, the experiments demonstrated that conversations remained rich with material for people to discuss longer than they expected. Essentially, people are less prone to run out of things to say than they initially fear, says Kardas.

“This new study is important because it suggests that we worry too much,” says Gillian M. Sandstrom, senior lecturer at the University of Sussex and director of the Sussex Centre for Research on Kindness. “It suggests that even though we might sometimes have awkward moments, we get past them, and we keep finding things to say, and presumably ways to connect.”

A 2020 study published in Self and Identity also found that people enjoyed chatting with strangers more than they expected to. People initially feared that they or their conversation partner wouldn’t enjoy themselves, dislike their partner or even lack the skills to start and maintain the dialogue in the first place. The findings prove that these concerns are overblown, says Sandstrom, one of the study's authors.

Personality traits certainly play a role, too. For instance, people who are lower in interaction anxiety and shyness and higher in social self-esteem and curiosity have fewer worries before talking to a stranger, Sandstrom adds. People also underestimate how much their conversation partners might like them and their company. It's important to understand that practice makes progress, she says, especially when it comes to conversations and social interactions.

“In our latest research, we found that when people practiced talking to a new person every day for a week, they grew progressively less worried about being rejected, and progressively more confident about their conversational abilities,” says Sandstrom. So far, pessimistic expectations about how conversations will go can be inaccurate or blown out of proportion. So if you've ever felt a pang of anxiety before striking up a conversation with a stranger at a party, you have less to worry about than you think.

Social interaction is fundamental in forming valuable human connections — that’s why it remains an important subject of research. Similarly, studying assumptions about the trajectory of conversations — and finding that people often underestimate their own enjoyment within them — can reveal much about our own fears and anxieties.

“Technology is making it easier and easier to avoid talking to people, but if you look at it another way, it is making it harder and harder to develop our social skills,” says Sandstrom. “It is hard to imagine any great human achievement that hasn’t involved people coming together and inspiring each other, debating with each other, finding common ground with each other.”

Although the possibility of awkward silences can feel dreadful, it’s still important to push past that uneasiness. The hesitance to strike up conversations (often due to the fear of running out of topics to discuss or having an unpleasant time) may keep people from having enjoyable conversations that can eventually build meaningful relationships.