If Humans Are Social Creatures, Why Did Social Anxiety Evolve?

Fear of social situations existed long before the COVID-19 pandemic. Evolutionary models may explain why we developed this trait in the first place. 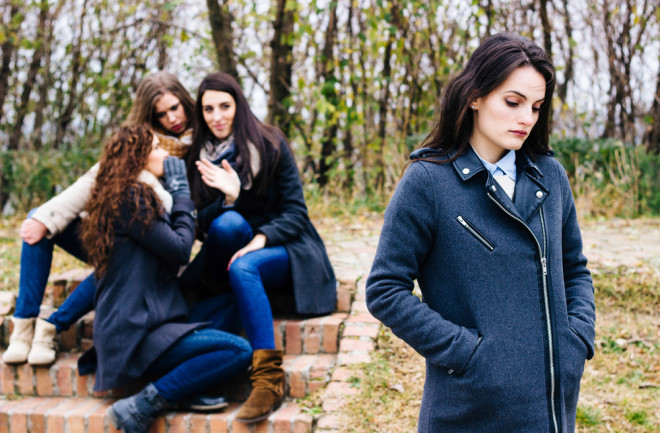 Amidst a year of Zoom fatigue and social interactions that feel like plastic replicas of the real thing, the COVID-19 pandemic has made it clear just how important sociality is to our well-being. So it might seem counterintuitive that for many in the U.S., the potential for summer to bring the return of a more “normal” post-pandemic world is also bringing something else: a serious dose of social anxiety.

Erin Tone, a clinical psychologist at Georgia State University, characterizes social anxiety as a set of varied experiences arising from the possibility of a social threat in the environment. She describes a pattern of responses that run the gamut from physiological (heart pounding, sweating), to cognitive and emotional (thoughts about negative outcomes in a social situation, rising distress), to behavioral (avoidance of the threat). Tone says most of us experience social anxiety in tiny doses — and in fact, it’s considered unusual to never experience it at all during your life. And for a subset of people, these anxious responses seep into everyday social scenarios and can prevent some people from doing the things they want to, or cause them extreme distress. At that point, psychologists consider it social anxiety disorder.

Regardless of where you fall on the social anxiety spectrum, it’s likely that the pandemic has led you to fear some social situations to protect your health. But these anxious responses existed in humans long before the pandemic and will remain afterwards. Tone says if we can find the evolutionary reasons — especially for things like social anxiety that may have become problematic in modern day, but were not a problem in the environments they evolved in — it could possibly help us to change the context and better treat individuals.

Evolutionary theories point to the experience of social anxiety as an evolved adaptation, meaning it arose to increase an individual’s chances of surviving and reproducing in their environment. Over the past several decades, two main theories developed to explain how social anxiety might have offered an advantage. The first is a model based on social competition, which says that social anxiety evolved while our ancestors were living in social structures with clear dominance hierarchies between members. To survive in this kind of competitive environment, socially anxious individuals would have been able to better detect threats of violence or actions that may cost them to lose their own status in the hierarchy. And individuals with “lower ranks” might have especially benefited from social anxiety as a way to maintain their status, since they were most at risk of being kicked out of the group.

A second theory is based on a model of social exclusion, where social anxiety would have served as a warning signal to the individual that they’re at risk of rejection or exclusion, regardless of whether the group existed in a dominance hierarchy. The focus here is on protecting all interpersonal relationships, regulated by a personal “sociometer” as a gauge for how valued you are in your relationships.

But just because social anxiety could have evolved as an adaptive trait to help us survive doesn’t mean it functions the same way in our modern world. Tone explains that the stakes for survival have now changed, but the experience of social anxiety has not — so we’re likely over-responding these days. Back in Neanderthal times, Tone warns, being ostracized from your group meant it was pretty likely you’d die. Today, that’s not the case (for most people). “But we still react as if the stakes are that high,” says Tone. “Physiologically, I don't think we respond much differently to ostracism if it means we'll be left out on the frozen plain alone, or we'll be left out of the group going out to Starbucks in a few minutes.”

Even thousands of years later, research suggests socially anxious behaviors may match up with predictions from evolutionary theories. In 2019, Tone and her colleagues tested the social competition model in 122 college students playing a game called the Prisoner’s Dilemma, which places students in a tightly controlled social interaction with two choices: cooperate with others, or compete. Consistent with the social competition model, they found that the players with the most self-reported social anxiety were more likely to have competitive goals and feelings of nervousness in the game. But their findings also suggest that behaviors in socially anxious individuals are not always stereotypical, and have probably increased in complexity over the course of evolution.

In 2020, a new evolutionary model of social anxiety emerged that adds a developmental puzzle piece to the mix. Tara Karasewich, a Ph.D. student in psychology at Queen’s University in Canada, came up with the framework after she noticed that the role of an individual’s childhood was missing from the models. “All of our traits evolved in the context of development, because all of our ancestors had to grow up and survive,” she says.

Tone agrees that introducing development into evolutionary theories of social anxiety is an important addition. “It always troubles me when a theory acts as if people are always adults,” she says. In future work, Tone also notes that theorists should study how social anxiety evolved in stride with other traits, since no trait evolves in isolation.

The unfortunate thing about evolutionary theories of psychology and behavior is that we can’t go back in time and verify them with our ancestors. A great cautioning example comes from a recent study that called into question a long-standing belief that women in prehistoric societies were only gatherers, never hunters. From our vantage point now, Tone emphasizes that we need to be careful not to look for clean stories that map on to how we understand things today — or take the theories as truth once we tell them.

Archaeological Treasures Hidden Beneath the Colosseum

Ancient Humans and Their Early Depictions of the Cosmos