Pupil Size May Be Linked to Intelligence

New research suggests a surprising connection between the eyes and the mind. 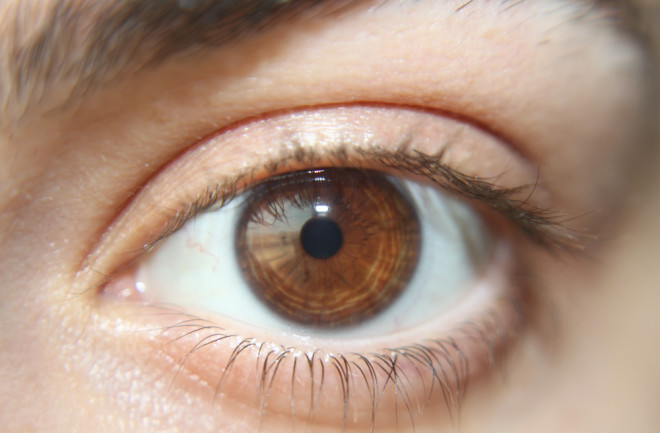 Instead of the soul, the eyes may actually serve as a window into the mind: A connection may exist between pupil size and certain types of intelligence.

Of course, intelligence comes in many forms. You can acquire knowledge from reading, following the stats on your favorite sports team, or even the street smarts that may be helpful in certain cultural contexts.

Fluid intelligence, meanwhile, isn’t related to culture or learning. It is defined as one’s ability to acquire information from their surroundings on a basic level — how to process it and solve novel problems. This sort of intelligence is largely associated with multitasking and working memory.

These are the kind of smarts that play out instinctively; for example, when multitasking by talking on a cellphone while walking. You need to watch what’s in front of you without tripping, while also carrying your side of a conversation.

“People differ greatly in their ability to maintain attention,” says Randall Engle, a psychologist with the Georgia Institute of Technology who has studied working memory for four decades. “The ability to manage all of that turns out to be hugely important.”

Pupils and the Brain

Most people think that pupil size simply relates to the body’s response to light. This is true, to a degree. When someone shines a flashlight into your eyes, your pupils will constrict or shrink. In the darkness, your pupils typically dilate in an effort to improve eyesight.

Such responses are driven by the parasympathetic system. It essentially keeps your basic nervous system in order and dictates basic tasks like resting, digesting, eating and reproduction, Engle says. But pupil dilation is also related to another area of unconscious nervous system function — the sympathetic nervous system. This area controls the “fight or flight” decision-making process. That’s why your pupils may dilate when you're nervous, angry or afraid — a good reason to wear sunglasses if you play poker.

Pupil dilation via the sympathetic system is also related to a highly curious phenomenon: Some people’s pupils tend to dilate when presented with a difficult mathematical problem. “We’ve known that for a long time,” Engle says.

In his laboratory, Engle typically measures subjects’ baseline pupil size and presents them with several days of problems.

The tests aimed to determine the subjects’ working memory. They had to solve problems like Raven’s Progressive Matrices, in which you predict the last shape in a given pattern.

There’s also the anti-Saccades test, in which people are presented with a cross with a blinking light in one corner. One’s ability to ignore the evolutionary tendency to follow the light, and instead notice letters popping up in another corner, can indicate fluid intelligence.

Most interestingly, high scores on these kinds of tests among participants were associated with larger baseline pupil sizes.

Of course, any connection between intelligence and a particular body measurement warrants caution due to the atrocious history of racist pseudoscience like eugenics. But Engle says that pupil size has no relationship between gender, race or age in the studies that they have conducted.

“Pupillometry is a promising new method to assess individual differences in fluid intelligence, as evidenced by [Jason] Tsukahara and colleagues’ recent findings,” says Aron Barbey, a psychologist at the University of Illinois at Urbana-Champaign who was not involved in Engle and Tsukahara’s research. “Their work represents a significant advance and will propel future research to further establish the efficacy of pupillometry methods.”

Other research in both humans and chimpanzees, for example, has shown that the locus coeruleus is activated when we pay more attention to a given task. It could relate to fluid intelligence and multi-tasking, according to a 2020 preprint study from Engle that hasn’t yet received peer review.

Engle’s research has already gone toward practical applications. The U.S. military, for example, spends millions of dollars training air traffic controllers annually. The job requires a high degree of working intelligence: Employees must focus intensely, or they risk plane collisions. Training a single candidate costs about $100,000, and about 30 percent of trainees drop out of the program every year.

The military isn’t measuring pupil size as a requirement for training, Engle says, and that isn’t the goal. But he is working with the military to use attention tests to better assess the suitability of candidates. These small additions could decrease the dropout rate — and save millions of dollars, he adds.