Benefits are found even across first-person shooter games, which often spark controversy due to their violent content. 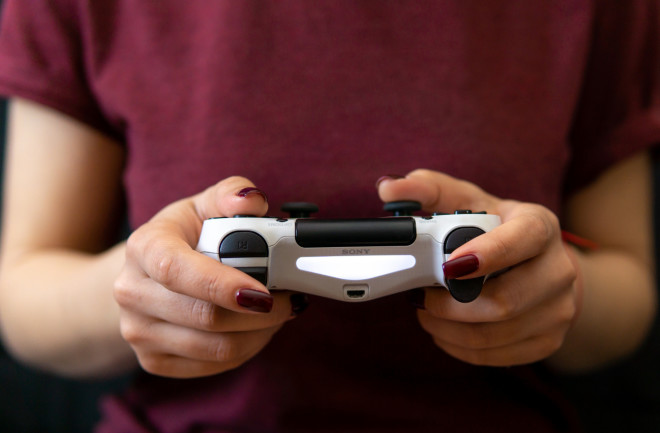 Video games tend to get a bad rap.

They’ve been blamed for countless violent crimes, including the 1999 Columbine high school massacre, and video game addiction was listed as an official medical condition by the World Health Organization in the latest revision of the International Classification of Diseases. Concerns about video games turning children into either violent criminals or antisocial outcasts permeate our pop culture now more than ever, but researchers have studied video game addiction and its negative health effects since the 1980s. What does the science say? Is playing video games actually bad for you?

The short answer: Not only is playing video games not inherently bad for you, but there are many mental health benefits that can come from gaming. “The vast majority of the research around video games is on the negative impact,” says Isabela Granic, a psychologist at McMaster University in Canada and director of the Games for Emotional and Mental Health Lab. “After a couple of meta-analyses, it’s pretty clear that there is no causation [between video games and real-world violence].” In fact, research by Granic and others has instead found consistent evidence for cognitive, motivational, emotional and social benefits.

Even first-person shooter games — like the Doom series that received a large share of the blame for the Columbine massacre — can give players “increases in abilities for spatial reasoning and spatial cognition in general, hand-eye coordination, multi-level problem solving, and so on,” explains Granic. “For the cognitive domain there’s probably at least two decades of good, solid research showing the benefits.” These benefits are found across shooter games like Halo, Call of Duty and Grand Theft Auto, despite these games often sparking the most controversy due to their violent content.

From a motivational standpoint, many video games reward persistence and effort when it comes to solving puzzles or defeating bosses. These traits also have benefits outside of games. The “try, try and try again” mindset that video games reinforce can lead to academic benefits, and also promotes a view of intelligence that values effort over innate ability.

One example is the video game Cuphead, which received praise for its high level of difficulty that rewards patience, persistence and effort. This well-earned fun provides emotional benefits to gamers that are ultimately the point. As philosopher Bernard Suits put it in his 1978 book The Grasshopper, “playing a game is the voluntary attempt to overcome unnecessary obstacles.” It feels good to win, especially when you must work for it.

On the other hand, many have written about online harassment in video games, and researchers recognize it as a problem. “There are plenty of people who play [massive multiplayer games like] League of Legends and hate the toxicity that goes along with it,” says Granic. “And they either stop playing or play with that in the background.” However, there are social benefits to playing games with others too: team-building, leadership skills and civic mindsets.

Playing games cooperatively has been shown to increase subsequent real-world cooperation, even when the game itself involves violent acts like shooting aliens. Even the most controversial games like Grand Theft Auto don’t seem to lead to more antisocial behavior. When it comes to playing these multiplayer games, the community is more important than the content. And some games, like Granic’s favorite, Journey, completely remove any direct communication between cooperating players. “I love that game, it was this great experience … it’s a social game, but you don’t have any talking,” she says.

Beyond helping us work with others, video games can also help us look inward to learn more about ourselves. The games serve as escapist fantasies, in which we can play with aspects of ourselves that we might not be comfortable playing with in the real world.

A 2016 study, for example, looked at four individuals struggling with gender dysphoria and showed how gaming can help people come to terms with their gender identities in a safe way — such as by playing as a character with a gender expression different from their own. “That kind of playful experimentation and fantasy serves a real purpose in people’s lives when they can’t do it in their otherwise daily lives,” explains Granic.

Video games have been surrounded by stigma since Pong debuted in 1972 and launched them into the cultural mainstream. But negative press is not the same as evidence of negative effects. “Something like 97 percent of kids by the time they reach 18 are playing them daily, or certainly regularly,” says Granic. “It’s basically ubiquitous. Everybody is playing video games.”

Rather than serve as harbingers of the end of society, video games have blossomed into an art form that challenges us to play, fail, learn, work together and become more comfortable with ourselves. Just don’t listen too closely to what those people in the Call of Duty lobby are saying!