Understanding the Basis of Superior Memory

Researchers look into how those with Highly Superior Autobiographical Memory can remember almost everything that’s happened to them. 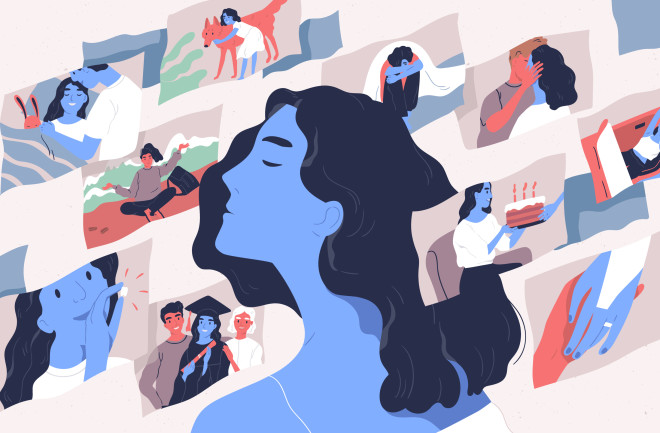 Can you remember the exact days when it rained in January and February of 2012? A person with Highly Superior Autobiographical Memory (HSAM) would likely say “yes.” Scientists are debating why.

People with this rare phenomenon have “an extraordinary capacity to recall specific events from their personal past,” according to “A Case of Unusual Autobiographical Remembering” published in Neurocase in 2006. They also spend an excessive amount of time thinking about occurrences from the past. HSAM individuals start to recognize their ability around the ages nine to 12, and they use the calendar to anchor their memories.

HSAM has puzzled researchers since 2000, when the first person with such superior memory reached out to James McGaugh, a now distinguished professor emeritus at the University of California, Irvine. When asked about his hypothesis for the origin of HSAM, McGaugh brings up a 2018 study published in PNAS. “It suggests the possibility that what underlies this is a strong ability to retrieve information that is in the brain,” McGaugh says.

Researchers in Italy bring up yet another hypothesis for the basis of HSAM in a January 2022 paper published in Neuroscience. An experiment with eight HSAM and 21 control subjects showed an altered connectivity in HSAM between the hippocampus (which plays a major role in learning and memory) and several networks involved in saliency detection (which determines what information is important), while participants were resting.

HSAM individuals also showed an enhanced connectivity of the hippocampus with some sensory regions. This means the disrupted ability to determine and filter information that is important may enable superior autobiographical memory. Consequently, subjects remember almost everything that’s happened to them, salient or not.

Researchers have presented this new hypothesis as speculation based on neural imaging – it will require behavioral measures for confirmation. Additionally, the scientists will need to test subjects while they are performing specific mental tasks, rather than remaining in a state of free-flowing thought.

“Resting state changes let us know that something is different, but interpretation of it is always very tough. Odds are exceptionally high that HSAMs and controls are doing different things inside the scanner. So, if they're thinking about different things and doing different things cognitively, the pattern of functional connectivity will change,” notes Craig Stark, a professor of neurobiology and behavior at the University of California, Irvine.

Stark also says that, in his past studies, HSAM individuals could remember daily events, but not lists of words or stories told to them by another researcher. “[The January paper] does not line up with what we know behaviorally about HSAM. They filter quite well,” Stark notes. “They remember things that are relevant to them and their personal lives — very, very well.”

A pair of researchers from Northwestern University and Texas State University are also studying HSAM individuals in their sleep. “We think that, during sleep, memories that you've acquired before you went to sleep get recapitulated or reactivated, and that reactivation then helps strengthen those memories,” says Ken Paller, a cognitive neuroscientist and professor of psychology at Northwestern University. “That's what we refer to as consolidation – the changes of memory over time.”

“If we can isolate specific events that are happening during sleep, that are enhanced in these individuals, that will give us a target,” says Carmen Westerberg, a professor of psychology at Texas State University. “A mechanism to target in order to develop treatments for people with memory problems or memory disorders.”

HSAM individuals’ recall isn’t perfect. “It's that diary entry [that] sticks astoundingly well,” Stark says. “But it's basically like how we remember a few days ago, or maybe a week ago, depending on who you are. They forget very, very slowly, but they forget very slowly just the events of their lives.” He adds, “Everything else about their cognition seems perfectly typical. There's nothing else that stands out.”

No matter what the underlying mechanism is, it could lead scientists to a better interpretation of memory disorders in the future. As McGaugh says, “It's an interesting phenomenon which may give us increased understanding of the neural basis of memory.”

Do Cats Have Dreams?

Your Navigation Skills Depend on Where You Grew Up