What Is Dissociative Identity Disorder?

Dissociative Identity Disorder is often misdiagnosed. Experts are still learning about its symptoms and affects on those who experienced childhood trauma and abuse. 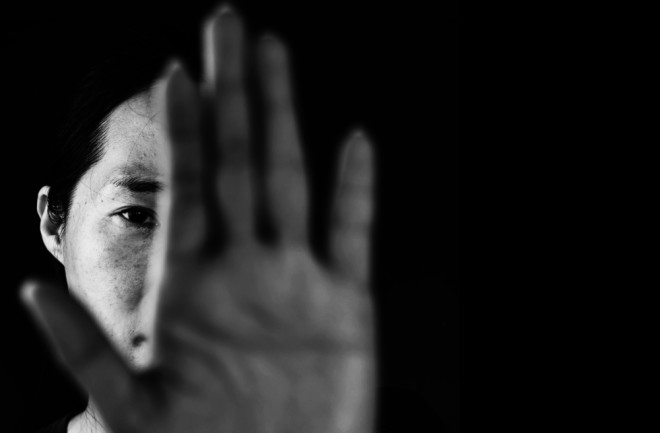 When a 16-year-old boy in Korea was admitted to a psychiatric facility, his medical chart showed a previous diagnosis of schizophrenia. He had auditory hallucinations and a history of attempting suicide. A new team of psychiatrists evaluated him and realized the young patient had been misdiagnosed.

They decided he had dissociative identity disorder (DID), not schizophrenia, according to a case study published earlier this year in the Journal of the Korean Academy of Child Adolescent Psychiatry. The instance is considered to be the first reported case of DID in an adolescent in Korea, among just four diagnosed cases in adults.

DID is a rare condition in which a person develops multiple identities in response to abuse or trauma. It is often misdiagnosed. An estimated 1.5 percent of the world population has been diagnosed with DID, and as many as 5 percent of people globally may have a form of a dissociative disorder (DD).

Interventions such as therapy and medication can help a person ease their suffering and merge their identities. But advocates say DID is overlooked by researchers and too often misdiagnosed by unfamiliar clinicians. In some Asian countries, the symptoms are also attributed to a "possession state" by acquaintances of a patient, leading to shamanistic interventions, according to the case study.

DID is one of several dissociative disorders, all of which are a type of coping mechanism in which the person separates themselves from the abuse or trauma they have endured.

For some people, having a dissociative disorder means they develop a detachment from themselves (depersonalization) or their situation (derealization).  Others detach through excessive daydreaming (called maladaptive daydreaming), an experience that takes hours from their day and disrupts their ability to function.

With DID, a person develops more than one identity. The person’s memory, consciousness and sense of self are fragmented between the identities. One identity, for example, might hold a traumatic memory of seeing a family member harmed. When asked, the person would be unable to recall that memory if they weren’t engaging with that specific identity.

DID develops as a result of childhood abuse or trauma, and 90 percent of DID patients experienced abuse or neglect as children. The 16-year-old, for example, witnessed his parents physically fight each other for years. He also saw his mother try to stab herself in the stomach.

As he became a teenager, the patient and his mother had arguments that exploded into violence. There were instances when she tried to strangle him, and times when he hit her face and left her with bruises.

Over time, he developed three distinct identities including one he referred to as “the crow.” Similar to other people with DID, his memories and consciousness were divided between his identities. During interviews, he had gaps in his memories and his consciousness. He failed to remember specific events as well as recent activities. And he seemed surprised when he later learned of activities he had completed in person.

Once his medical team changed his diagnosis from schizophrenia to DID, they began working toward merging his identities.

The patient went through a multi-faceted therapeutic approach. In addition to taking antipsychotic and antidepressant drugs, he also received cognitive processing therapy and family therapy. Prior to treatment, the patient wasn’t fully aware of his multiple identities nor could he control them. He went through ego state therapy, a process that helped him identify his multiple identities.

During ego state therapy, the clinicians learned the patient had nine distinct identities, not three as originally thought. Some of these identities were aware of each other, but some had no sense the others existed. One identity served as the leader, and the others surfaced to express a specific emotion.

As part of the therapeutic process, the patient gave the identities names as a way to distinguish them. Xanda, for example, was the identity that came forward with rage. It long held the shape of a crow, but later became more human like in its form. Obsidian sought to make others feel guilty. Emerald was the oldest of the identities and developed when the patient was 4 years old. It was childlike in form, and had a sub-identity referred to as The Emerald, that was the most aggressive and impulsive of all the identities.

Through the various therapies, the patient made improvements in relying less on his identities to manage upsetting emotions. His family, however, didn’t support the diagnosis and he relapsed and needed to be readmitted to the inpatient facility. His clinicians concluded he would require ongoing treatment and social support, but acknowledged he was in an environment where few people understood his condition.

Similar to this 16 year old, many people with DDs don’t receive support or understanding. DDs are relatively uncommon, and many people only understand them through problematic media portrayals.

The book Sybil came out in 1973 and told the supposedly true story of a young woman who developed DID as a result of severe childhood trauma. The story was later revealed to be fake, and the real-life patient who served as the basis of the book was lying in order to maintain a relationship with her psychiatrist, with whom she had developed an extreme attachment. In the following decades, skeptics doubted people — particularly women — who actually had the condition.

People with DDs have to contend with those who doubt them, and also with media portrayals that depict them as violent or criminally insane. The film trilogy Unbreakable (2000), Split (2016) and Glass (2019) depicted a man with DID who was a serial killer and kidnapper and abducted young women to sacrifice to one of his identities.

Advocates took issue with the trilogy because of the portrayal of people with DDs as dangerous or violent. They argued it didn’t match the research and pointed to a 2017 study in the journal Borderline Personality Disorder and Emotion Dysregulation. The study followed 173 people with DDs for a six-month period and found that only 3 percent were charged with an offense, mostly resulting in a fine. Only .06 percent were incarcerated during that time. As such, many advocates call for a better, more realistic portrayal of people living with a DD.