Why Does the Placebo Effect Work for Some People But Not Others?

Experts say it’s complex, but recent studies can predict who will respond in patients with clinical conditions. With more research, the placebo could one day be used as a treatment on its own. 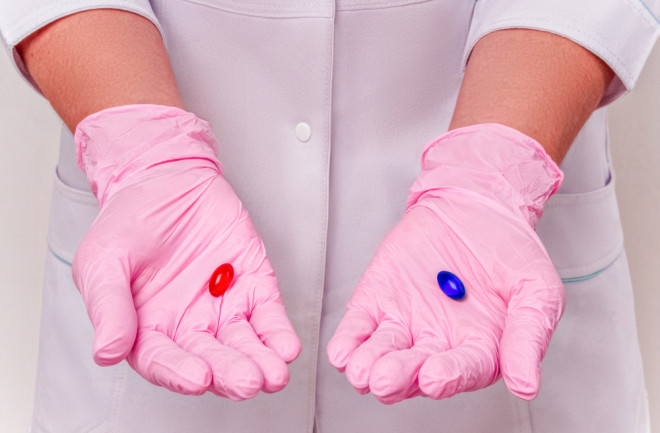 If you’ve ever needed proof that our minds and bodies are connected in intricately beautiful if not bewildering ways, look no further than the placebo effect. It refers to any time someone reacts to a treatment that has no active component; in other words, responding to something that should have no biological impact. It’s often studied using sugar pills, where just the simple act of ingesting the pill can impact someone’s perception of pain or other physiological phenomena — especially if they believe the sugar pill could have been an actual drug.

The word placebo comes from the Latin phrase, “I shall please.” But its charms don’t work for everyone. So scientists are studying what makes someone respond to it or not. Answering this question could allow the placebo to become a medical treatment of its own.

“If the placebo response is predictable and persistent, it has all the pieces of being an innocuous way of treating these people,” says A. Vania Apkarian, a neuroscientist and long-time pain researcher at Northwestern University. “It’d be a cheap way to do it. You don't need thousands and thousands of dollars of pharmaceutical industries’ stuff to be put in your body, which always has side effects.”

To Respond, or Not

Apkarian says that in healthy individuals, research shows that categorizing someone as a “placebo responder” versus a “nonresponder” isn’t reliable. You can test someone in a certain situation where they respond today, and then test them tomorrow in a slightly different manner where they won’t respond.

“There aren't any people who are always placebo responders or people who never respond,” says Suzanne Helfer, a professor of psychology at Adrian College. “So it's not a two kinds of people situation.” Helfer explains that elements of the specific situation interact with an individual’s psychological or physiological characteristics to determine whether or not they will respond to a particular placebo.

Still, scientists have found a few personality traits and psychological factors that make it more likely someone will respond. In a recent paper, Helfer and her colleagues highlighted the importance of someone’s current emotional state, such that people who are feeling anxious are less likely to respond to a placebo. Helfer’s team has also found a small effect of optimism and pessimism, in which optimists are more likely to respond to a placebo if you set up an expectation for them that it will help. Similarly, pessimists are more likely to react negatively if you tell them that it will make them feel bad, known as the nocebo response.

The degree to which someone desires control can also impact their placebo response. In a 2013 study, Helfer and her colleagues gave participants a choice between two hand creams that they were told would lessen their pain when they put their hand in cold water. They found that people who like to be in control reported less pain when they were allowed to choose their hand treatment, despite the fact that both creams were placebos.

Where Placebo Prediction is Possible

In contrast to healthy individuals, Apkarian says the placebo response is known to be much more reliable and robust in patients with ongoing pain. For the last 10 years, his team has been studying people with conditions like chronic back pain and finding that they can accurately predict who will respond to a placebo. Their studies take place in the context of clinical trials, where patients are told that they may or may not receive a placebo. Apkarian says they’ve repeatedly found that around 50 percent of patients will respond to the placebo and 50 percent won’t.

As to why the placebo works for the 50 percent of responders, Apkarian explains it comes down to an interaction between their brain and their environment. He notes that we all have our own expectations and past memories that we bring into an environment, which interact with the outcome of a procedure or placebo. And, since people with chronic pain have often been suffering for many years, Apkarian points out that simply having pain has also changed their brain and their expectations. “The way that the brain has changed in different ways is going to predetermine who is a responder and who is not a responder,” he says.

With a decade of brain scans comparing patients who are placebo responders versus non-responders, Apkarian’s team has illuminated several neural signatures, mostly in the frontal areas of the brain, that predict a placebo response. These include the structure of certain limbic and sensorimotor areas in the brain and a measure of connectivity between brain regions known to be important in the placebo response and pain processing.

“These tend to be basically frontal areas of the brain and their interaction with the sensorimotor areas of the brain. So in a way, it's almost like how the cognitive circuitry of the brain can control the sensory interpretation of the outside world,” Apkarian says. But he cautions that these are still very early studies, with many more details to discover.

Recently in January 2021, Apkarian’s lab found a new signal for placebo responses in people with chronic back pain: the way they talk. Their study used machine learning algorithms to see if they could identify placebo responders just by the way they spoke about their pain. The algorithm was successful with 79 percent accuracy. The authors suggested that placebo responders may be more willing to talk about negative emotions and experiences and show more awareness of their experiences. “We see that, in fact, just that process [of looking at their language] itself is just as good as looking into the brain to differentiate a responder from a non-responder,” Apkarian says.

One of the final frontiers will be trying to figure out how to teach the placebo non-responders to become responders and reap the benefits. But even without reaching that goal, Apkarian is hopeful that the placebo effect could still do a lot of good. “Twenty percent of the world population suffers from chronic pain, ongoing pain,” he says. “Even if we cannot convert the non-responders into responders, if we simply treat the responders and decrease their pain by twenty or thirty percent, the planet will be a much better place.”

How Intelligence Is Measured In The Animal Kingdom

Your Guide to Conquering the Caffeine Crash

More From Discover
Technology
What Is a Social Media Cleanse?
Mind
Calming Kids With Electronics May Affect Emotion Regulation Skills
Mind
How Failing Could Actually Help us Succeed
Mind
Try These 6 Science-Backed Secrets to Happiness
Mind
What Is Emotional Blunting, and Do Antidepressants Cause It?
Health
How "Fitspiration" Social Posts Can Actually Discourage Exercise
Recommendations From Our Store
My Science ShopDiscover STEM Kits
My Science ShopDiscover 2022 Calendar
My Science ShopStrange Science
My Science ShopElements Flashcards
Shop Now
Stay Curious
Join
Our List