Many consequences of climate change are visible across the planet. Here are some of the worst. 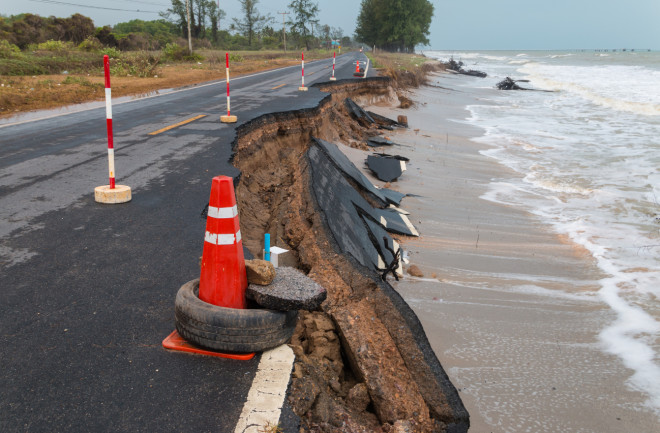 The Intergovernmental Panel on Climate Change (IPCC), an organization founded in 1988 and made up of experts from 197 nations, provides world leaders with regular scientific updates on climate change. It recently released its much-anticipated Sixth Assessment Report — and the news isn’t good.

As predicted, heat waves are becoming more common, are lasting longer, and are more severe. India, Pakistan and other parts of South Asia are in the midst of a heat wave that’s been ravaging the region since March. This isn’t the typical heat you’d expect in this part of the world just before the rainy season: It’s hotter in India right now than it has been in the last 122 years. Children are missing school. Adults are unable to go to work. People are dying. But the effects of the extreme heat go beyond the present moment and beyond the region; the intense heat is also producing energy shortages, wildfires and crop failures.

Parts of the states are broiling, too. According to data from the U.S. Global Change Research Program, the average heat wave season across 50 major U.S. cities is now 47 days longer than it was in the 1960s. This year, even before summer officially arrived, dangerously high heat was felt across the nation, with one-fifth of Americans predicted to experience temperatures above 100 degrees Fahrenheit. The Pacific  Northwest in particular braced itself for a replay of last year’s devastating heat wave, which killed more than 100 people in Washington and Oregon.

It might seem intuitive that global warming causes heat waves. But scientists think climate change can also contribute to unexpected cold snaps, like the one that created havoc in Texas in February of 2021. Increased temperatures in the Arctic and melting Arctic ice can weaken the polar vortex (a large area of low pressure and cold air surrounding the North Pole) and allow cold air to reach farther south. In short, the planet’s climate is so interconnected that disruptions in one place can cause trouble in another. So, yes, warmth in the Arctic can mean cold in Austin.

This past April, devastating flooding in South Africa killed more than 400 people and affected at least another 40,000 people. A two-day deluge of extreme rainfall, likely exacerbated by climate change, caused the flooding. On the other side of the world, many experts view last week’s historic flooding in Yellowstone National Park as a “red flag” — warning of more frequent and worse flooding to come in the near future as increasing temperatures melt snow atop the surrounding mountains, adding more snowmelt to already swollen rivers.

To make matters worse, as glaciers and ice caps melt, rising sea levels are also causing coastal flooding. Average global sea levels have risen by about 8 inches since 1880, when record keeping began. And the rate at which they’re rising has increased, too — now more than an inch per decade. The result? Stronger storm surges and increased tidal flooding, which can damage already fragile coastal ecosystems and displace people by forcing them to seek higher ground.

Warmer temperatures can lead to greater variability in how much it rains and where, meaning that some places are getting too much rain while others aren’t getting enough. Higher temperatures increase the risk of drought by drawing moisture from soil and vegetation. In addition, warmer winters can mean less snowfall.

The Western U.S. is currently fighting a climate change-fueled megadrought that may be the worst drought to hit the area in 1,200 years, and it’s not expected to get better anytime soon. Climate change has made droughts worse in many areas, including the Mediterranean, India, South Africa, Australia, southern Europe and parts of the Amazon.

While no part of the planet is safe from climate change, some areas — and some populations — are at greater risk than others. A recent study that looked at crop failure, floods, heat waves and other climate impacts found that global warming has affected 80 percent of the planet’s land area. That’s an area home to 85 percent of the world’s population.

According to the United Nations, those most vulnerable to the calamitous effects of climate change live in the least developed countries, landlocked countries and small island developing states. Many of these least developed countries and landlocked nations are in Africa. Ironically, the nations suffering the most severe and most immediate consequences of climate change are also the ones that have contributed least to the problem.

This is all very grim. But while the Sixth Assessment Report makes for some uncomfortable reading, it also points out that we’re not out of time — yet. The panel found evidence that humans are finally taking some action. And while we’re not reducing nearly enough greenhouse gas emissions as we could, we are slowing the pace a bit.

New technologies, policies and regulations are helping. If we scale these up and apply them more widely and equitably, says IPCC chair Hoesung Lee, we might just be able to save ourselves.