7 Animals That Use Tools in Innovative Ways

These 7 animals demonstrate how humans are not the only creatures on the planet with a proverbial toolbox. 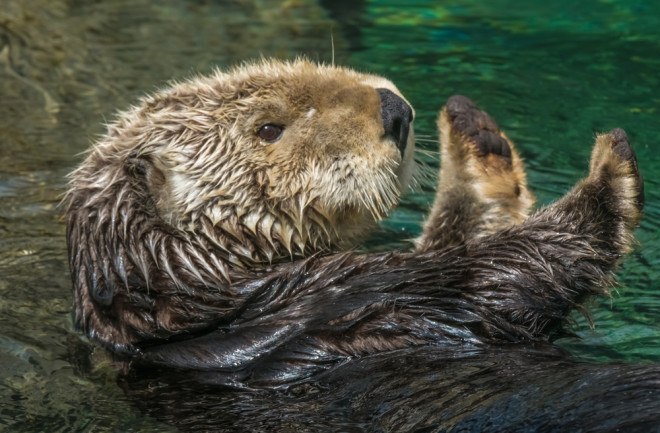 It’s a common misconception that humans are the only species on Earth that uses tools. In reality, a growing number of animals — everything from our close primate relatives to pigs and even octopi — have been observed using tools.

Some of these examples, such as primates choosing the right rocks to break open nuts, are clear examples of tool use. Others are more disputed. What really makes a tool a tool, after all? Can spider webs be considered tools to trap insects? What about if a spider uses its web to make a diving-bell like device that traps oxygen pockets underwater that the spider can later make use of?

Questionable examples aside, many researchers do believe that some species can use tools. And in any case, the animals themselves aren’t concerned about the human definition of tool use. Below are a few animals that make use of external objects to achieve their goals.

The least surprising tool users of this list are those that descend from common ancestors to humans on the evolutionary tree. Chimpanzees have been documented using a great number of tools. This includes using sticks to fish for termites in holes and drumming on tree trunks, possibly to communicate with far-flung members of their groups.

There are quite a few other primates that can use tools, but in Brazil’s Serra da Capivara National Park, one site has been used so long by capuchins that stone cobbles have changed in size and style over time, similar to the evolution of tool use seen at some human archaeological sites. Researchers believe these changes to the tool size may reflect the difference in softness or hardness of the nuts that capuchins crack open at the site.

Capuchins aren’t the only animals whose tool use has been around long enough to get archaeologists interested. Sea otters use stones in a number of different ways to break open their prey.

They’ve been seen balancing flat stones on their bellies while floating on their backs, smashing shellfish open on top of them. Others just smash shellfish against large boulders — often the same boulders repeatedly — while still others use smaller stones to smash into shellfish left on larger stones. Archaeologists say that the signs of such tool use can last for a long time, and even potentially reveal where sea otter populations used to live but are now extirpated.

Tool use isn’t even limited to vertebrates. Video footage has revealed that the coconut octopus can use objects like clam shells as armor, carrying the shells around with them as they walk along the seabed with two tentacles at a time. The octopi also use these shells — or sometimes coconuts, hence their name — to hide in, waiting to ambush their prey. They can even maneuver two separate parts together to use as a single tool.

Forget simple rocks. Crows can actually fashion tools out of multiple objects to achieve their goal. When New Caledonian crows quickly showed researchers they could choose the right-sized stick to poke a meal out of a container, researchers upped the ante. They presented crows with a series of small pieces that could be attached together to make a stick long enough to reach the prize.

Some of the crows in the experiment had no issue attaching the different-sized sticks together when given some time. Other research shows that crows can even curve sticks appropriately to get into tough spots. Yet another study found that by using tools, crows may even improve their mood.

Read More: The More We Learn About Crow Brains, the More Humanlike Their Intelligence Seems

Dolphins are widely hailed as one of the more intelligent creatures in the ocean. Tool use is just one of the attributes that sets bottlenose dolphins above the competition. Sea sponges and conch shells are two things that researchers have witnessed in their proverbial toolbox. Some dolphins carry sea sponges in their mouths, using them to stir up the sand on the seabed while protecting their snouts from sharp pieces of rock or coral. When small hiding fish pop out of the sand, the dolphins feast.

Researchers have only seen a small portion of one population of dolphins in Shark Bay in Australia display this behavior, though. Dolphins in Shark Bay have also been seen picking up conch shells with fish inside them. They carry these shells to the surface, then spill the fish out of the shell to eat them.

Even reptiles may sometimes make use of tools to catch prey, such as egrets while they are searching for sticks and twigs to build their nests. Mugger crocodiles and American alligators have both been observed gathering sticks and balancing them on their snouts as lures to attract birds that might be building nests. Researchers found that alligators at the St. Augustine Alligator Farm Zoological Park only collected sticks on their snouts during the nesting season, matching the tool strategy with the right time to feed.

It’s been decades since researchers first revealed that even ants can make use of tools. One study showed that the species Conomyrma bicolor made use of pebbles or other objects to hamper their competition. Worker ants of this species will pick up these tools and drop them down the entrances of the nests of rival colonies from other species in order to block them up. Researchers in this case found that the obstacles negatively affected a colony’s abilities to forage for food themselves, presumably freeing up resources for the Conomyrma bicolor ants nearby.