When a mysterious 40-foot-long creature washed up on a Florida beach in 2019, researchers gained crucial evidence for what’s now known as the Rice’s whale, whose survival is threatened by the shipping industry. 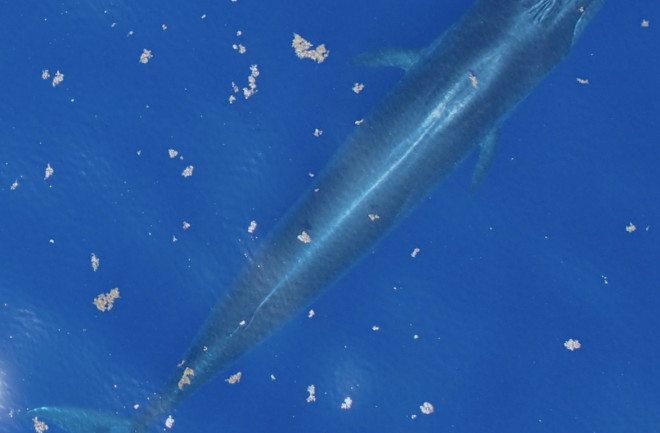 After decades of study, the Rice’s whale species distinction has finally been locked in by scientists. (Courtesy of MFS SEFSC AND NEFSC under MMPA Permit)

Research geneticist Patricia Rosel needed to visit a skeleton-packed warehouse to confirm a longstanding scientific hunch: The 40-foot-long mammals in the Gulf of Mexico weren’t Bryde’s whales, but a new species altogether.

“It was a little bit surreal,” Rosel says of her trip to the Smithsonian National Museum of Natural History’s offsite collections in Maryland. There, she perused dozens of rows of bone-filled cabinets and 9-foot-tall whale skulls secured on carts before inspecting the skeleton of a baleen whale that washed up on a Florida beach in 2019.

Patricia Rosel helped assemble the final puzzle pieces in the Rice’s whale mystery by examining a collection of bones that had materialized in 2019. (Credit: NOAA Fisheries)

Rosel, who works for the National Oceanic and Atmospheric Administration Fisheries, arrived on a mission: to determine whether certain physical characteristics of the rogue whale distinguish it from related Bryde’s whales, which live around the world. The baleen whales in question from the Gulf of Mexico are genetically distinct from other Bryde’s whales, according to past studies. But to declare it a unique species, scientists needed further evidence. That arrived in 2019.

Rosel felt enthralled to finally observe the animal, yet was uncertain she’d spot any distinctions. She and her team examined the bones of the skull and spinal column, and the “finger” bones in the whale’s flippers. They found subtle variations, like the size and shape of the bones around the blowhole — enough to designate it as a creature apart. In a January 2021 paper published in Marine Mammal Science, Rosel’s team proposed the common name Rice’s whale after Dale Rice, the first researcher to recognize the whale’s presence in the Gulf of Mexico in 1965.

The brand-new whale is already critically endangered. Based on NOAA estimates, fewer than 100 individuals remain. The survivors face boat strikes and shipping traffic noise that hampers their ability to communicate, sometimes forcing them to leave loud areas. Lynsey Wilcox, a NOAA geneticist and co-author of the Rice’s whale paper, hopes that the species designation will mark a conservation turning point: “The best thing that comes from this discovery is that hopefully we can protect these whales, because there are very few of them left.”