The Ancient Celts: Iron Age Foes of Rome Who Left Behind More Than Weapons

Made up of tribes from across Europe and beyond, the Celts have become known for their prowess in battle and distinctive weaponry and art. But there's far more to the these diverse, often enigmatic people than that. 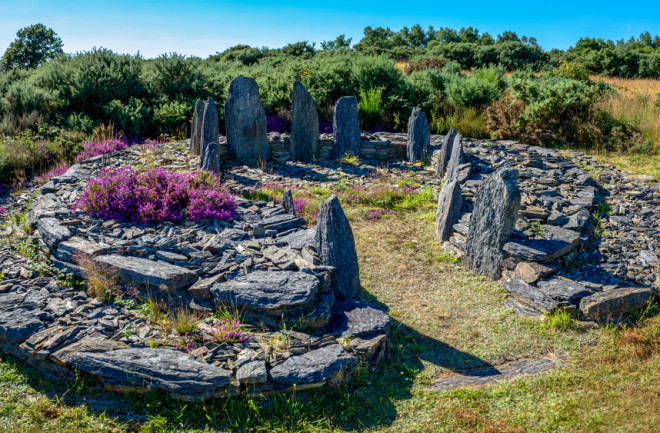 While the word “Celt” or “Celtic” may call up images of clovers, sports paraphernalia, or even intricate knotted jewelry, the ancient culture behind these popular symbols couldn’t be more different from our modern associations.

Even the term itself — Celt — has been disputed by historians due to the ancient culture’s disparate nature. Although the term is useful, says Raimund Karl, a professor of Celtic archaeology at University of Vienna, “that popular conception, that all Celts are the same, and that they are part of one big nation and people and race and so on, that is nonsense.”

The Celts were a diverse and enigmatic Iron Age people made up of tribes across Europe and beyond. They were known for their fierce warfare, iron weaponry, their distinctive artistic style — not to mention, standing up to the Roman Empire. And their language even lives on today in modern Gaelic, Cornish, Welsh and more.

But what you may not know about the Celts may be even more remarkable, from their surprising origins to their legacy in our customs today.

Although we associate the Celts today with Ireland, Wales, and Scotland, the origins of ancient Celtish culture lie in Central Europe — or as some argue, in ancient Iberia — in what is now Portugal and Spain. It's not hard to understand where our modern viewpoint came from: When the Roman Empire ultimately overtook the Celts, those that had settled in the British islands were remote enough to evade the Romans more successfully — and thus, carry on their customs into modernity.

“It was a pretty steep learning curve for the Romans to project their power into the Atlantic coast of Europe and then cross the sea into Britain,” says John Koch, a professor at the University of Walkes Centre for Advanced Welsh and Celtic Studies. “This wasn't easy for them.” Koch is also the leading proponent of a theory that Celtic languages originated in what is now Spain and Portugal and expanded East.

But the traditional theory of Celtic roots holds that their earliest predecessors were the Central European Urnfeld culture, known for burying remains in urns. After that came the the Hallstatt and La Téne cultures, which fanned out from what is now Austria into Germany, the Czech Republic, Slovakia, Serbia, Poland, France, Spain, Turkey, and the UK.

Many of the tribes in these cultures were so spread out, they would have ultimately never come into contact with one another. But although their origins remain somewhat murky, there were a number of elements that tied the Celts together — at least, somewhat.

They Left Behind More Than Weapons

The Celts were known for their intricate bronze and iron weaponry — think swords and shields, which often bore highly embellished motifs personalized to the wearer. But other materials they left behind also unified them, the most well-known of which were found in an archaeological site called la Tène.

Artifacts like cauldrons illustrate a vibrant drinking culture that arose from the melding of ancient Hallstatt culture (in what is now Central Europe) with Mediterranean customs. Drinking vessels were decorated with intricate designs and buried with high-status owners. Jewelry, too, bound the Celts together. In particular, the distinctive torc, a thick neck ring made of a single piece of metal or multiple twisted strands with an opening at the end.

“That style is very distinctive, and it has sort of these compass-drawn curvilinear patterns,” Koch says. “In Celtic art, you see triskell patterns and spirals and so on; the la Tène style is very extensive.” These motifs — vegetal lines and flowing shapes that imitated nature — started in what was the Czech Republic and Bohemia and then expanded to Britain and Ireland, but also France and Belgium, living on in Christian and even Viking art. The Book of Kells, an illuminated manuscript often held as an example of exceptional medieval craftsmanship, owed a large part of its distinctive artistry to Celtic tradition.

They Traded in Salt From Underground Mines

What helped sustain early Celtic culture in an era known as Hallstatt, which spanned from 1200-450 BC, was a working salt mine. Unlike many agricultural societies of the time, the Hallstatt Celts in what is now Austria dug deep into the earth to mine for salt, one of the most valued minerals of the time.

Salt was extremely prized for its ability to preserve and season foods before refrigeration. But it was also very hard to excavate. Because of its preservative properties, notable Celtic archaeological finds were also made in this area, including the artifacts that are now aligned with the era. These iron and bronze weapons included axes, swords and daggers, and jewelry characterized by patterned geometric designs and symmetry.

They Defeated an Early Roman Empire in Battle

The Romans are perhaps best known for their military prowess, often defeating their adversaries repeatedly with precise battle tactics and mechanistic strategy. But before they eventually overpowered the Celts in later centuries, an early Roman army went into battle against an army of Celts known as the Gauls. Accounts are varied — and most accounts of encounters with the Celts are told from the Roman perspective — but according to the account of a Roman historian, Titus Livius, the Roman army was outnumbered and underprepared. Gallic forces overtook them easily and entered Rome, which was practically deserted.

Eventually, both the Roman and Gaulish armies were short on supplies and their forces said to be dying from sickness and starvation. The Gallic army, led by a legendary leader named Brennus, demanded payment from the Romans in gold, and cheated so that the scales were “dishonest.” When Roman leaders protested, as the story goes, Brennus laid his sword on the scales and proclaimed, “Vie Victus!” or “Woe to the conquered!”

A Warrior Queen Led Them Into Battle

Another popular imagining of the Celts is that women were given equal standing in Celtic society. “Sometimes claims are made that the status of women was higher in general," Koch says. "The [Celtish] legal systems don’t seem to be a whole lot more enlightened or favorable for the status of women than other legal systems. But there were exceptions.” One in particular, a warrior queen called Boudica, led a Celtic tribe called the Iceni in what some see as a last stand against the Romans.

In historic literature, Boudica is described as a queen with flaming red hair whose husband ruled what is now a part of Britain, which was under partial Roman control. When he died, he left half of his wealth to her and half to the Roman emperor, but the emperor tortured Boudica and had her daughters raped. Furious, Boudica led an uprising against 70,000 Romans, but ultimately was defeated in a desperate comeback by their forces. It is said Boudica poisoned herself rather than being taken by the Roman army.

Celtic religion remains somewhat of a mystery because its practitioners had an oral, not a written, tradition. What historians do know is that Celtic spiritual leaders were men called druids, and held perhaps the only ranked position in Celtic society that wasn’t related to war. Druids were men who functioned as, at various times, everything from religious leader and  soothsayer to priest, sorcerer, and teacher. They were not allowed to put their knowledge into writing, according to the Celtic Review, an early 20th century periodical that focused on Celtic and Gaelic literature and learning. Instead, they would train for 20 years in verses and rituals that had to do with theology, mythology, astronomy and the nature of the universe.

Though the druids were effectively killed off by the Romans on an island where they were known to gather, their legacy was later woven into medieval tales of King Arthur, who was said to be of Celtic heritage. “Nobody knows whether Arthur was real or not,” said Joe Eska, a professor of linguistics at Virginia Tech who specializes in Celtic languages. “But the idea of Arthur and Arthurian stories certainly seems to have a Celtic source, which then spread across much of Europe.”

Indeed, there’s even historical evidence that the Celts believed their swords and other weapons harbored powers and tendencies specific to the sword, possibly because of their practice of burning human bodies to produce carbon, which they mixed with iron to create a more durable steel.

What’s more — we have the Celts to thank for Halloween. According to Eska, they broke their years up into quarters, and marked the start of the winter quarter with Samhain, a festival still celebrated today. “It was the one day of the year where underworld figures can come and walk around in the real world that you and I would know,” said Eska. “It was meant to be a scary, spooky time.”