North and South America was inhabited only 25,000 years ago. New research, and evidence of Neanderthals and Denisovans, turns the basic notion of a north-to-south migration upside-down. 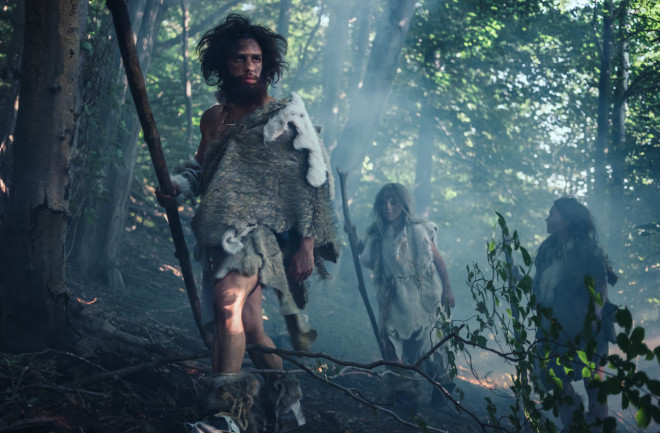 We know that (with the exception of the poles) the Americas were the last two continents that humans called home. We also know that from an archeological perspective, neither North or South America was inhabited that long ago — specifically, only around 25,000 years ago.

Modern humans came together in central Asia, around Mongolia, and then journeyed to North America during a period called the Last Glacial Maximum, in the last phase of the Pleistocene epoch. At the time, water levels were much lower because much of the ocean was trapped in glaciers, resulting in a massive land bridge between Asia and Alaska.

Research points to complex sets of migration routes that led to settlements throughout the Americas. Archeologists already understand how the peopling of South America was the result of a north-to-south migration; but new research shows where ancient Indigenous people might have gone after that.

Researchers publishing in the Proceedings of the Royal Society Biological Sciences recently found genetic similarities among the ancient people living in modern-day Brazil, Panama and Uruguay. These similarities suggest that around a thousand years ago, Indigenous populations also migrated in the opposite direction: a south-to-north migration, via the Atlantic coast.

He and his colleagues compared newly sequenced genomes from two ancient humans, from two different sites in Brazil, with present-day global genomes and other ancient whole genomes from North and South America. These new genomes showed a wealth of genetic diversity, Santos says: “We found Neanderthal DNA, which shows that modern humans likely mated with Neanderthals in Asia and their descendants came across the land bridge.”

Researchers also found evidence of Denisovans, an extinct species of ancient hominids that lived in Asia. “We found a higher percentage of Denisovan DNA than Neanderthal DNA, which was totally unexpected,” Santos says. “[Though] we aren’t entirely sure what it means.”

One ancient sample from Panama even harbored genetic traces of Indigenous Australians and those from Papua New Guinea. While these genetic signals have been found before in ancient Amazonians, this is the first time they have been found in Central Americans. Even stranger, these markers are not found in North American samples.

“The question becomes,” Santos says, “‘how [did] these signals end up in South and Central America without leaving any traces in North America?’”

This new research adds complexity to the basic notion of a north-to-south migration and shows us that the tale is much more involved, explains Jennifer Raff, an associate professor of anthropology at the University of Kansas who was not involved in the research.

“This is a solid and exciting addition to our knowledge about the earliest peoples of the Americas,” she says. “I’m really excited to see some of the finer details about population movements being added to our broad stroke models.”

Raff adds that this is also the first step in moving beyond statements like “and then people got to South America” to a more precise understanding of how exactly humans arrived there — including what routes they took to move through the continent and when these movements took place.

Yet in many ways, this research presents even more questions than it answers. For example, with an ocean between them, how did Australian and Papua New Guinea lineage end up in South America? And why is Denisovan DNA more prominent than Neanderthal DNA in some of the samples? These are questions that Santos and his team hope to answer in the future.

While there’s still a lot we don’t know, the findings do show that migration routes were complex and had multiple dimensions. This area of the globe has some of the richest and most diverse DNA samples; yet it’s also one part of the world where, according to Santos, we still know the least about the human origin story.