Ukraine’s Zoos: What Is Happening To All The Animals 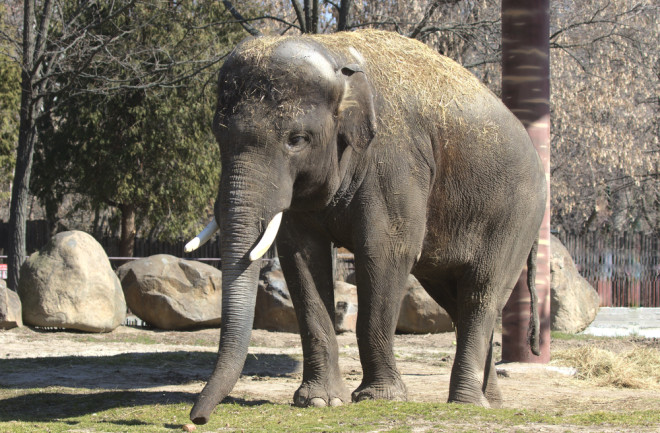 Details are starting to emerge on how Ukraine’s zoos are coping with the war. Some of the animals including lions, tigers and wildcats have been rehomed to zoos in Poland but this is just not going to be possible for many species.

There are three large zoos, Nikolaev Zoo, Kyiv Zoological Park and Kharkiv Zoo, in cities currently under attack by the Russian military, which have talked about how they are currently coping. Outsiders might think the best thing to do would be to evacuate the animals into a safer environment away from the war zone. But this is an incredibly risky endeavour. In a tense and difficult environment animals may be fearful of the sounds around them. Loading highly stressed animals into crates and transporting them across noisy and complicated conflict zones could cause severe illness or death, quite apart from the danger of being hit by gunfire.

Zoo animals are used to a degree of noise when visitors come to their enclosures. Even human chatter has been shown to cause zoo animals to become stressed or change their behaviour. But mostly, the impact of visitors on zoo animals is negligible.

Research on the effect of explosions near zoo animals, as is happening near some Ukrainian zoos, is not something that has been studied but we do have some possible comparisons to construction work. A study published in 2019 investigated how elephants, giraffes and emus coped with zoo construction work. Elephants, giraffes and emus reacted with stress and agitation and moved to quieter areas of their enclosures. Giraffes also moved closer to other animals in their herd, a behaviour seen in wild giraffes indicative of increased protection.

With the scale of war and associated explosions being much higher than construction work, we could assume that this will be having a terrifying impact on the animals housed at these zoos. At Kyiv zoo some animals are being given sedatives or moved to underground spaces, and keepers are staying with them overnight.

On March 18 EAZA released a statement to say that: “Ukrainian zoos are generally still not asking for our assistance to relocate animals from high-risk zones; this may not correspond to information you are receiving in the general media coverage, but we support the direct request of the zoos not to relocate animals for the present.”

We also need to consider where would they go. Neighbouring zoos may not have the space, staffing needs, expertise or specially designed enclosures to house these animals.

Even in normal circumstances, moving zoo animals is not an easy task, animal transportation can have negative effects on the animal’s welfare. Animals undergoing transportation can experience dehydration, fatigue, behavioural changes and stress. Research has also shown that animals form relationships with the keepers and so this might have additional welfare implications if animals are moved under stressful conditions to new locations.

As the war continues, there have been reports of zoo animals being killed in the blasts and “many animals dead with others roaming the streets”, including lions, but these reports have not been verified by zoos.

What can we learn from the past?

London zoo was established in 1828 and has survived two world wars, and its history of coping during bombing raids may have useful lessons.

On September 3 1939, WWII began and at 11am that day, the Zoological Society of London (ZSL), who run London zoo, were told to close it by the government. London zoo had been preparing for this. The records show that two giant pandas, two orangutans, four chimpanzees, three Asian elephants and an ostrich were relocated to Whipsnade zoo outside London for safety. ZSL have collated documents from this era that tell us what went on.

Unfortunately, some of the venomous animals were killed to increase the safety of the public and staff in case any were able to escape due to an invasion. Parts of the zoo were able to reopen but the aquarium remained closed until 1943 in case of bombing. The tanks were emptied and some inhabitants had to be killed – although some fish were moved to tubs in the tortoise house.

London zoo started breeding its own invertebrate supplies such as mealworms. Requests for acorns and other items to feed the animals were broadcast on the radio and the public donated them at a rate of one ton a week. The public were also able to adopt animals and help support them – this might be something that could happen in Ukraine’s zoos.

By March 18 2022, the EAZA Ukraine Emergency Fund had raised €576,371 ($575,252) from a very large number of individual and institutional donors, “an extraordinary and humbling result that will help provide immediate and long-term assistance to colleagues in Ukraine,” said EAZA. Funds raised will be used to assist Ukrainian zoos to provide food and care to animals in conditions of relative welfare and safety, as well as providing support for care staff and management at the zoos.

Samantha Ward is a Senior Lecturer in Animal Science and Zoo Animal Welfare, Nottingham Trent University This article is republished from The Conversation under a Creative Commons license. Read the original article.