From Italy to Mexico, people all over the world have a unique relationship to how they drink coffee. 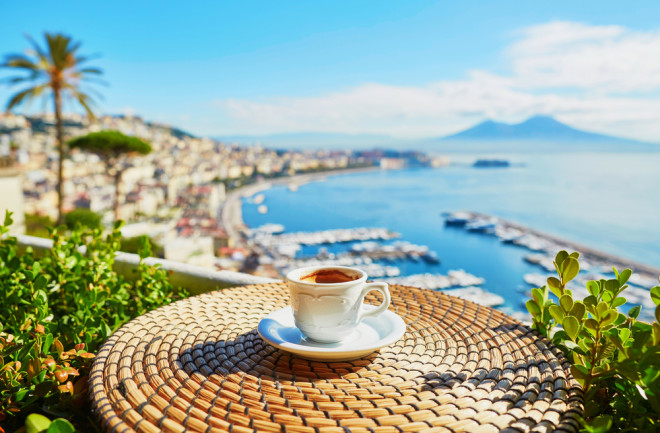 Coffee is one of the most widely consumed beverages on Earth; around two billion cups are drunk each day on almost all corners of the globe. Options for daily caffeine abound, from a quick and easy instant coffee, to finely filtered or specialty brews.

“I think the interesting thing about coffee is that it's been used in so many different ways,” says Jonathan Morris, a professor at the University of Hertfordshire, author of Coffee. A Global History and co-presenter of the “A History of Coffee” podcast series.

Of course, as a stimulant, coffee has its functional uses to give us a jolt of energy, Morris continues, but over the years it has also been associated with intellectuals and thinkers, become closely intertwined with a variety of traditions across the globe, and acted as a fuel for social interactions. Today, that is still reflected in the different ways people drink coffee.

“When we say, ‘I would like a coffee’ in a different country, we often get a different kind of coffee,” says Morris. “If you go to Italy and say I'd like coffee, then you'll get an espresso. If you went into somebody's house in Scandinavia, you're going to get this sort of small, black filter coffee, and if you ask in America, you're going to get a large mug of coffee.”

The history of coffee is one of ingenuity, innovation and culture, but it is also laden with exploitation and harm to the environment to produce the crop; for better or for worse then, our passion for coffee has shaped humankind, as much as we have shaped it to suit our tastes, Morris says.

Here are some of the ways people consume coffee around the world and the traditions that are wrapped up in it.

The story of coffee begins in Ethiopia. Originating in the country’s cloud forests, coffee was exported early on in a rawer form than it is consumed today. Nowadays, coffee is integral as a way of life and best expressed through the jebena buna ceremony.

In Ethiopia, an invitation for this three-round dose of coffee is considered both a sign of respect and friendship. Preparation can take a few hours as the roasting, grinding and brewing of the coffee beans takes place on the same day, preceded by a frankincense burning tradition. The three rounds of coffee – Arbol, Tona and Bereka – are served along with sugar. The first is the strongest, packing the most intense coffee punch.

One of the more interesting examples of coffee culture today, says Morris, is Brazil. Coffee arrived in the country in the 18th century and began to take hold, becoming an important crop. Today, Brazil is the largest coffee producer and exporter in the world. The commodity is not only vital to many millions of people’s livelihoods, but has also become a favorite drink of choice.

“What's less well known is Brazil is now the world's second biggest market for the consumption of coffee,” says Morris. Typical Brazilian-style coffee comes in the form of a “Cafezinho,” which is filtered coffee with sugar. “In a way, that's a modern coffee culture that's emerging on the basis of more of a kind of historical link to coffee that is based out of production,” Morris said.

When many people think of sipping coffee, Italy may spring to mind. Italian-style coffee has made its way across the world; Espresso, latte and cappuccino are notable examples that have travelled far beyond the peninsula. Coffee Italian-style is of course the espresso; served small and generally consumed fast as a quick pit-stop or pick-me-up during the day.

“The espresso is that very small, concentrated energy drink. It’s not going to take forever to drink it, so you know, bang, coffee, away you go. It fits very much with that sort of mobile lifestyle,” says Morris.

Yet, this culture is itself fairly recent, says Morris, who started out as a historian of Italy, as espresso only originated in the early 20th century and didn’t kick off until much later in the 1940s.

In Malaysia, and other countries in South-East Asia, modern coffee culture has only grown in the last few decades and involves meeting up with friends at a ‘Kopitiam,’ or coffee shop. Kopi is the go-to drink of choice of many. A cloth filter – which looks somewhat like a sock – is used to brew the coffee.

“This is like a huge net full of coffee and you dip it into hot water, infuse it, take it away, pour that for your customer, and then you've got your sock ready to keep going back into water to create more coffee,” Morris explains.

As Robusta coffee is commonly used, the taste can be bitter making “sock coffee,” as it also known, a unique experience. Many varieties of Kopi are made by adding different kinds of milk, sugar and other ingredients.

Read more: Is Coffee Good for You or Not?

Today, Mexico is one of the world’s largest coffee producers, exporting much of its product across the border to the U.S. Coffee first arrived in the country in the 18th century. Here, a traditional brew comes in the form of café de olla; literally “pot coffee.”

With origins unknown, this coffee recipe often includes cane sugar, spices, such as cinnamon or cloves and sometimes even chocolate. It is typically brewed at home in a clay pot, giving off warm vibes during time shared with family. It’s believed that people first brewed Café de olla in the early 1900s as a means to keep soldiers warm during the country’s revolution, though this isn’t certain.

Coffee is an integral part of Turkish culture. It was here that some of the first coffeeshops began back in the 16th century in Istanbul, bringing people together to discuss, share ideas and socialize. People continue to brew coffee at home using the traditional equipment and techniques that have been passed on through the ages and meet at coffeeshops as a social occasion with friends.

But coffee also plays an important part in ceremonies, such as engagements and national holidays. The meaning embedded in coffee consumption is one of hospitality and friendship. As a Turkish proverb says: “Souls are after neither coffee nor coffeehouses; they are after close companionship; coffee is an excuse.”