There is a surge in Lyme disease cases in the U.S. and worldwide, and finding the right treatment can be complicated. 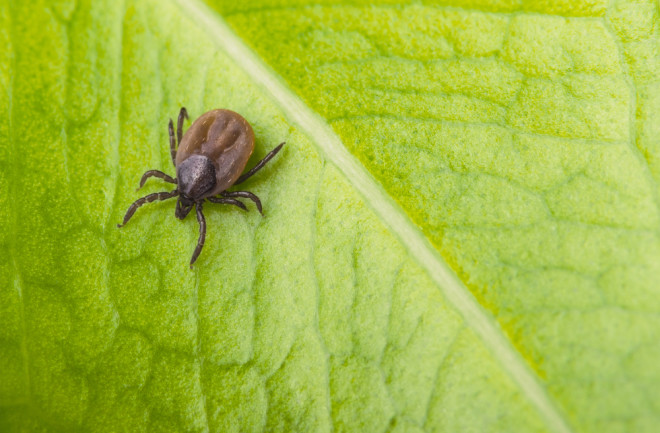 Researchers predict 476,000 new cases of Lyme disease in coming years along with an estimated two million cases of Post Treatment Lyme Disease Syndrome (PTLDS) in the U.S. And treatment sometimes fails to relieve the patient, even though cases are present in 80 countries.

Warmer winters are largely to blame for this surge in cases since ticks don’t die in the cold and stay active longer in the year. How do we then protect ourselves and find the right treatment during this surge?

Where Lyme Disease Comes From

The deer tick is the primary vector for Lyme disease. You can find them in tall grass and undergrowth, or piggybacking on wild animals like rodents, deer or birds, along with our beloved fur babies. One of the most important preventative measures is to check yourself, your kids and your pets after being outdoors. Change your clothes as soon as you come in and take a shower to wash off ticks that might be crawling around looking for a good place to bite.

Unfortunately, they prefer the "damp" sweaty parts, nooks and crannies, and hard-to-see places like in your hair, so a good scrub is wise. People often say they didn't even know they were bit, but they still got the disease. Do not wait to get sick, tested or treated. If not treated, some cases of Lyme can be fatal.

It's a point of contention how long before a tick has to bite you that you get sick. This also depends on the pathogens and load the tick is carrying – Lyme isn't the only concern. Infections, including parasites, viruses and other forms of bacteria can often accompany the tick. If you find a tick biting you, it is best to take it to a doctor right away to get it tested as they can give prophylactic antibiotics, which can prevent infection.

Early symptoms are general inflammatory markers, cold or flu-like symptoms – fever, aches, swollen lymph nodes and fatigue. Additionally, some patients may get a bullseye rash. However, not all patients do, and it may not even look like a true bullseye. These symptoms may also cross over with symptoms specific to co-infections.

Once the infection is well-established, there could be many complications. Lyme disease is easily confused with other disorders, or it can even be a root cause of a wide range of common diagnoses.

It can invade any system, causing a host of symptoms in the digestive system, brain and nervous system (anything from tingling nerves, to epilepsy or psychosis), the heart and circulatory system, and even more. Fatigue and brain fog are the most common symptoms, while rheumatoid arthritis is often developed in late stages. The infection is devious, taking on human cells to hide from the immune system. This is like a cloaking device so you don’t produce the antibodies to fight the infection.

There are many struggles with treatment, which is typically a few weeks of doxycycline, an antibiotic. Unfortunately, this is only effective in the growth phase, and if it has been too long since the bite, this treatment may leave you with PTLDS.

After that small window, a combination of antibiotic treatments (daptomycin, doxycycline and cefoperazone) can kill all colonies and altered forms of Lyme disease, since each treatment specializes in different types of infection. However, this treatment hasn’t been integrated into medical guidelines yet, so it's rare to find a doctor willing to prescribe it.

Blood tests are also only about 50 percent accurate, even in patients with the telltale bullseye rash (erythema migrans), further complicating the treatment process. Experts cannot culture the bacteria after they reach advanced phases of infection in a host, which evades lab detection.

There is a lot more research needed. As cases rise, researchers are scrambling for funds, resources and backing to help avert the crisis. Fortunately, there has been a lot of progress, advancements and new research validating old research that was largely dismissed, since Lyme wasn't as prevalent as it is now. Researchers are looking into how Lyme could contribute to Alzheimer’s and dementia, the potential for congenital and sexual transmission of Lyme, and an ocular signature for reliable biomarker diagnosis.

Is 'Expired' Milk Safe to Drink? Here's How to Know When to Throw Away Food

More From Discover
Technology
The Hidden Science Behind Video Games Like The Last of Us
Health
Is Vitamin C Actually an Effective Cold Remedy?
The Sciences
How a Zombie-Ant Fungus Can Infect a Host
The Sciences
Ancient Empires Used Bioweapons to Strike Terror More Than 3,000 Years Ago
Health
Here's Why Coronavirus Cases Are Surging in China
Health
Scientists Say Corpses Can Carry and Spread COVID-19
Recommendations From Our Store
My Science ShopDiscover STEM Kits
My Science ShopDiscover 2022 Calendar
My Science ShopStrange Science
My Science ShopElements Flashcards
Shop Now
Stay Curious
Join
Our List