Why Some Plants Close Their Leaves at Night

While we may view it as a fascinating garden spectacle, flora likely evolved to shut in the dark to benefit their survival. 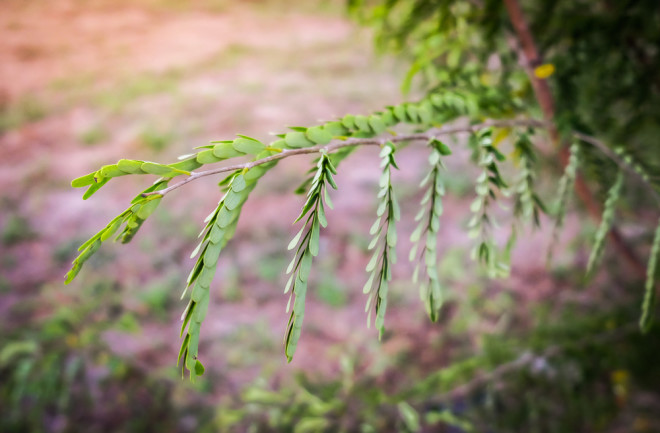 If you’ve ever wandered around a garden at sundown, you may have noticed that some plants seem to close their leaves at the end of the day. While it might appear as if they're dozing off after a long day of photosynthesizing, plants that close up at night are showing off an evolution-driven behavior called nyctinasty.

Nyctinasty refers to how a plant's flowers or leaves open during the day and shut at night. Flora that fold themselves up at night, such as tulips, poppies and prayer plants, experience natural clocks much like we do (minus the snoozing). Similarly, their movements are linked to light and temperature changes.

Nyctinastic plants know when to seal and unfurl thanks to phytochrome, a blue-green pigment associated with the absorption of light that helps regulate different types of growth and development. The phytochrome detects both red light and far-red light to establish circadian rhythms. These cycles direct daily leaf maneuvers by determining what type of light they’re absorbing; red light is more abundant during the day, while far-red light occurs near the day's end.

Because plants don’t have muscles, they rely on the pulvinus to propel their leaves. While the pulvinus doesn’t exist in all plants, it’s typically found at the base of a leaf and works as a motor organ. The pulvinus cells create noticeable movement in plant leaves by enlarging and shrinking. This jig is fueled by hydrostatic pressure.

While we know how plants can open in tune with light and temperature, it’s unclear how they evolved to do so. Scientists have proposed several theories behind their daily fluctuations.

Why Plants Shutter at Night

A common theory: Plants may have adapted to capture water more efficiently. Plant leaves lower and spread out during the day to catch rain and absorb moisture before closing inward at night, perhaps allowing water droplets to trickle down to their roots.

Some researchers think that this movement keeps pollen dry. The powdery substance loses viability when wet in many types of plants, so avoiding water keeps it lighter and easier for insects to distribute.

For pollinator plants associated with insects that are active during the day, like bees and butterflies, closing at night could protect the pollen. Folded leaves make it difficult for unwanted pests or nocturnal pollinators, like bats, moths and beetles, to snatch pollen. According to Charles Darwin, plants may be protecting themselves from another nighttime danger — freezing amid low nighttime temperatures.

All in all, a singular explanation may not provide a complete answer as to why nyctinasty evolved in some plants. The movement could be associated with several behaviors that increase the likelihood of a plant’s growth and survival. Regardless of the purpose, it’s enthralling to watch these lively garden dances.