The effects of wolves on a natural habitat extend far beyond keeping the elk population in check. 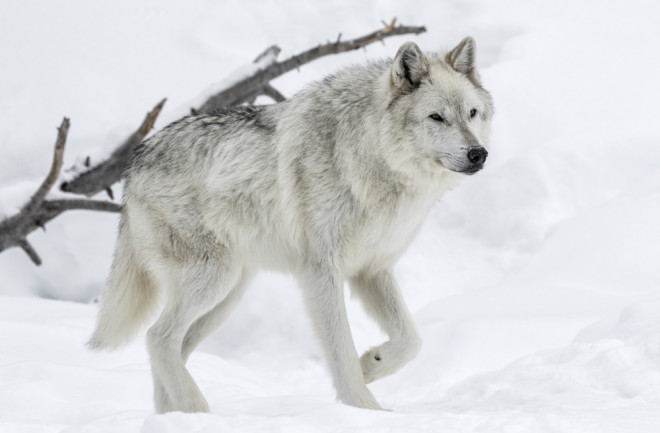 In the early part of the 20th century, wolves were considered dangerous animals, with no benefit to the world. Even conservationists thought wolves were bad news. In fact, the lauded conservationist-president Teddy Roosevelt, who created the U.S. Forest Service, once called wolves “beasts of waste and desolation.” (He later softened his views on wolves and other big predators as he learned more about ecology.)

In that era, due primarily to pressure from wealthy livestock ranchers, the U.S. Government began a program to eliminate wolves from the lower 48 states. By 1930, the last wolf in Yellowstone had been killed. By the middle of the century, gray wolves were gone from the rest of the lower 48.

The Ripple Effect of Wolves

The science community soon learned that wolves weren’t the only victims of the elimination program. The removal of wolves had the unintended consequence of disrupting a previously thriving ecosystem.

Many experts now recognize wolves as a keystone species. That means they have effects on their ecosystems that are out of proportion to their numbers. Wolves affect not just the populations of the prey animals they eat, but the populations of what their prey eat, explains Joseph Bump, an ecologist at the University of Minnesota who studies the effects of wildlife interactions on ecosystems and biodiversity.

When wolves are removed from an ecosystem — through government policies, overhunting, disease, or any other cause — populations of the animals they once preyed upon increase dramatically, creating a cascade of downstream effects, explains Garrick Dutcher, research and program director at Living with Wolves, an organization dedicated to education about these large canines. When the prey is primarily elk, as it is in Yellowstone, the herbivores overgraze, eating young cottonwood, aspen and willow trees before they can reach full size. And that has an impact on many other species.

When wolves keep elk populations in check, willows and cottonwood trees grow along the banks of streams. Their branches provide shade, cooling the water to temperatures trout need to thrive. Beavers also benefit. They use the trees to build dams, creating ponds that raise the water table and provide homes for more aquatic plants and animals — insects, waterfowl, muskrats. Birds nest in the vegetation and feed on the insects. All of this diversity is made possible by the presence of wolves. Wolves even contribute to the health of their prey populations by weeding out sick animals.

As people learned more about the complex interrelationships in ecosystems, it became clear that Yellowstone needed its wolves. In 1995, the grey wolf was re-introduced into Yellowstone, and that began the slow and ongoing process of restoring balance to the park’s ecosystem.

Despite the evidence from Yellowstone, states such as Idaho and Montana are pushing legislation to allow the killing of more wolves to preserve elk populations for hunters.

“The irony in this,” says Dutcher, “is that since wolves were reintroduced, we have more elk in all three states where the Northern Rockies population of wolves live. Populations have gone up considerably, with all three states enjoying really excellent opportunities for the hunting population to kill elk.”

The problem some people have with wolves is not entirely due to hunting competition, however. Humans and wolves have a long and vexed history, going back at least to the dark medieval forests of Europe and continuing through the colonization of North America. But stereotypes of the Big Bad Wolf notwithstanding, a combination of better science and an increasing understanding of the interconnectedness of life has led to a greater appreciation for wolves and their role in ecosystems.

“Coexistence between humanity and wildlife can become more harmonious again in the future,” says Dutcher. “But we need to listen. And we really need to be willing to make the compromises where they're necessary.”