It’s not you, it’s your brain. TikTok’s inverted filter flips the mirror image we are used to seeing in our front-cameras, and it’s not helping anyone’s self-esteem. 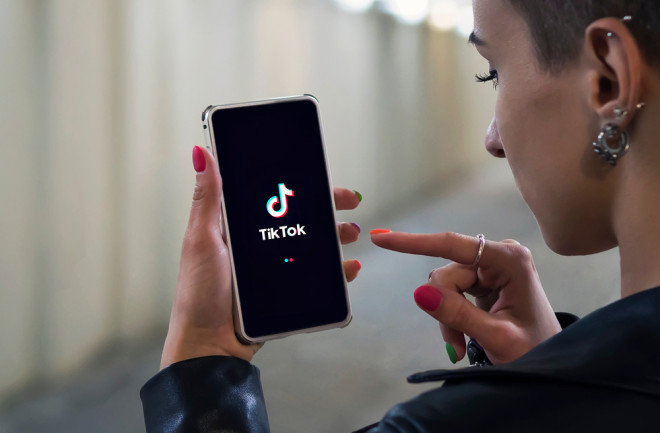 If you think you always look better in the mirror than you do in photos, the newest TikTok trend probably won’t make you feel any better.

The trend uses the app’s inverted filter to flip the front-camera, essentially showing how you actually appear to others as opposed to the reflected version that you’re used to seeing in the mirror. To make matters even worse, the trend takes it a step further with users quickly flipping between the inverted and “normal” versions to see how symmetrical their face actually is.

For most joining in on the trend, it’s a quick way to take their confidence levels down a notch. But why does it feel like looking back at a less attractive stranger when seeing a non-reflected version of ourselves?

Tik Tok's Inverted Face Filter: How Accurate Is It?

When looking at the inverted picture or video, it can feel like looking at a completely different version of our face. Part of this is because our faces aren’t symmetrical. While the two halves of your face may not appear too different at first, seeing an unflipped version of yourself can be unnerving because your features just don’t line up the way you’re used to seeing them everyday.

And according to the mere-exposure hypothesis, people prefer what they see and encounter most often. When it comes to our self-perception, this means that we prefer our mirror images instead of our true images, or our reflection as opposed to what others see.

Research conducted at the University of Wisconsin, Madison in 1977 supports this idea too: when people were presented with photos of their true image and their mirror image, they preferred their mirror image. Interestingly, their friends and romantic partners preferred their true image. When participants were asked to explain their preference, they pointed out differences between the photos that didn’t actually exist — camera angles, lighting and head tilt for example — because the photos were made from the same negative.

So even if it feels weird to you to see yourself that way, at least everyone else is used to seeing you that way and likes that version even more.

Video Games May Have Negative Effects on the Brain

5 Ways To Conserve Energy This Winter

Disturbing or Ingenious? These 5 Inventions Were Meant For Something Else

More From Discover
Mind
What Psilocybin Psychedelic Mushrooms Are Teaching Us About Human Consciousness
Mind
How Failing Could Actually Help us Succeed
The Sciences
How a Zombie-Ant Fungus Can Infect a Host
Mind
What Is Emotional Blunting, and Do Antidepressants Cause It?
Technology
AI and the Human Brain: How Similar Are They?
Health
There's a New FDA-Approved Drug to Treat Alzheimer’s
Recommendations From Our Store
My Science ShopDiscover STEM Kits
My Science ShopDiscover 2022 Calendar
My Science ShopStrange Science
My Science ShopElements Flashcards
Shop Now
Stay Curious
Join
Our List