3 Historic Hoaxes That Duped The Masses, Scientists Or Media

Scams are nothing new — Edgar Allen Poe even faked a story for revenge. Take these three well known hoaxes in history that demonstrate how both science and consumers can be scammed for money. 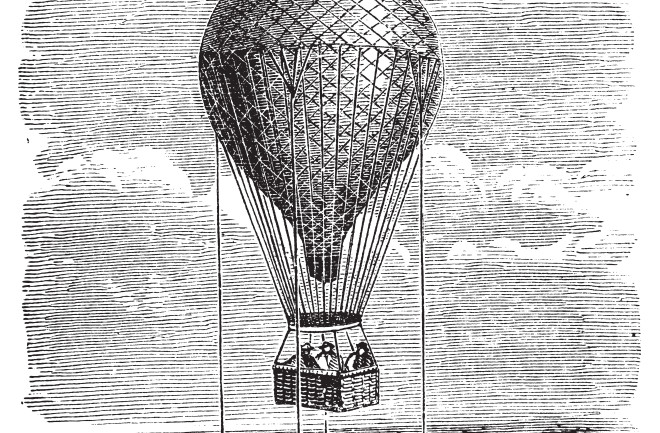 Con artists have long tricked people into scams that were too good to be true. And it’s not just deposed princes emailing pleas to help them reclaim their lost fortune with a short-term loan. The world of science and academia has also seen swindlers.

In medicine, fake cures have promised to end suffering and restore a person’s good health. In archeology, planted relics have misled the public about ancient life on Earth. And in aviation, lengthy and impressive flights were completely fabricated. Below are three scientific hoaxes in history that scammed people out of major money.

In the fall of 1869, two farmers were being helpful when they agreed to dig a well on a neighbor’s property in central New York. Several feet down, their shovels hit something hard. With careful movements, they began unearthing a skeleton that stretched 10 feet in length. It appeared to be the remains of a petrified giant.

News of the giant spread. Scientists and thrill-seekers raced to Cardiff to see for themselves. When they arrived, nearby resident George Hull charged a 50 cent viewing fee. But there was much more hidden behind the scenes of this spectacle.

Hull dreamed up the idea a year earlier on a trip to Iowa, where he hotly debated a Methodist revivalist who claimed the Bible was written literally, including the Genesis (6:4) mention of giants once roaming the planet. In response, Hull purchased a block of gypsum and shipped the stone to Chicago where he commissioned two sculptors to create a 10-foot, realistic-looking giant. He then conspired with his cousin, Stub Newell, to bury the statue on his property.

Many people who saw the statue believed it was indeed a petrified giant. Some skeptics argued the giant was just a stone. Others believed it was a statue, but a bona fide ancient relic. Regardless of their view, they all paid money to see it.

Hull spent about $3,000 to produce, transport and bury the giant. He made more than $20,000 in admissions fees (with 25 percent going to Newell for his troubles). And then he sold the giant to investors for about $36,000.  The investors displayed the statue in Syracuse, where a paleontologist helped end the hoax by pointing out chisel marks. The sculptors soon admitted in the Chicago Daily Tribune they had been hired by Hull.

Hull became known as a hoaxer and his reputation proceeded him when he tried to plant another giant a few years later in Colorado. The Cardiff Giant, however, remains legendary. It’s been on display since the 1940s at The Farmers’ Museum in Cooperstown, New York. And people still pay to see it.

Although it seemed too good to be true, it took years for people to become suspicious of Albert Abrams’ invention. During World War I, Abrams came up with the Dynomizer, a machine he claimed could diagnose any disease using only a few drops of a person’s blood. (Today, you might call it a predecessor to Elizabeth Holmes’ Theranos tech enterprise.) Cancer, syphilis or diabetes — the Dynomizer detected it all.

Within just a few years, Abrams attracted thousands of medical wannabes who paid $200 (about $5,000 today) for training. They then paid a $200 monthly rental cost to have their own machine, which they were instructed never to open. Consumers bought into the idea, and Abrams responded with a subsequent product meant to cure the diseases the Dynomizer diagnosed. The Oscilloclast supposedly sent electrical pulses that flowed at the same “vibratory rate” as the afflicting disease and thus provided a cure.

When people realized the Dynomizer didn’t diagnose and the Oscilloclast couldn’t cure, a group of scientists began investigating the machines. In one test, they sent a Dynomizer practitioner six vials of blood. The machine failed to diagnose even one vial correctly. In another trial, a different practitioner identified a host of diseases including cancer and diabetes. The sample, however, came from a chicken.

The con ended after the team of suspicious scientists went against Abrams’ strict order to never open the machine. They popped open the Dynomizer and realized it was nothing more than a jumble of wires. They published their results in the September 1924 issue of Scientific American.

Abrams was spared the embarrassment. He had died in January 1924, which he claimed his machine predicted would happen.

It’s been reported that writer and poet Edgar Allan Poe only had $4.50 in savings when he moved to New York City with his wife in 1844. He wasn’t concerned about his dwindling dollars because he had a money-making idea.

At the time, New Yorkers were enamored with hot-air balloons. Poe developed a sensational story in which a famed balloonist navigated across the Atlantic in just three days. At the time, 500 miles was the furthest a hot air balloon had traveled. Poe crafted a story in which eight people were aboard the balloon when a mechanical failure caused the pilot to lose control. The balloon then drifted from England and landed three days later on an island off the coast of South Carolina.

The New York Sun paid Poe $50 for his story. After it ran, Poe gleefully announced he made it all up. His hoax was revenge against the newspaper for plagiarizing his work nine years earlier. In that instance, an astronomer claimed to have seen winged creatures on the moon with his telescope. The descriptions resembled creatures in one of Poe’s short stories, and he decided to avenge the hoax with one of his own.

Poe didn’t experience any fallout from his scam. The next year, he published his famous poem, “The Raven,” and became a literary legend.