The Dead Sea Scrolls were found in 1947 on the northwestern shore of the Dead Sea and now with digital technology, more scholars can study these ancient texts. 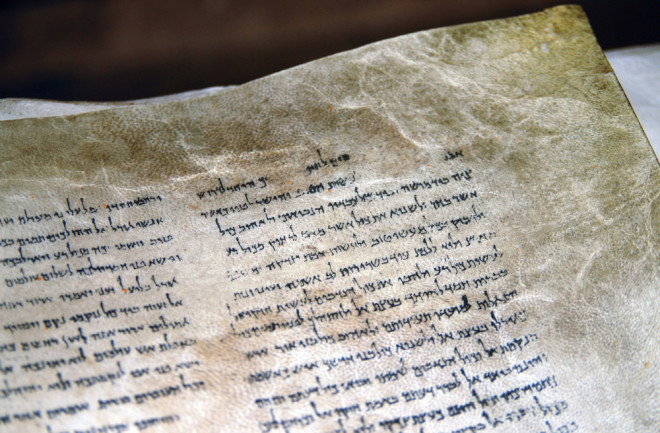 In 1947, teenage Bedouin shepherds found jars in a cave on the northwestern shore of the Dead Sea. Seven scrolls were inside the jars, including the Isaiah scroll, which was 24 feet long. Written in Hebrew, it told the entire Book of Isaiah, and it was the only scroll that was fully preserved. The scroll likely dated to around 150 B.C., which made it the oldest known copy of the Book of Isaiah.

The seven scrolls were the first of the Dead Sea Scrolls and also included a type of rule book for the community that scholars initially referred to as “The Manual of Discipline” (Serek ha-Yahad). There was also a commentary (pesharim commentaries) on the biblical book of the prophet Habakkuk.

These scrolls, however, didn’t initially interest buyers when the shepherd brought them to Jerusalem and looked for a buyer. But in just a few years, scientists and scholars realized the immense value of these ancient texts. These scrolls gave a greater understanding into the languages spoken in ancient Palestine and provided new insight on the formation of the Old Testament.

Scholars and politicians have long battled to possess these scrolls, and now digital scanning has enabled more people to see and study them.

Once archaeologists recognized the value of the Dead Sea Scrolls, they returned to the caves in the late 1940s and early 1950s to collect as many artifacts as possible. In their first trip, they found fragments for another 70 documents, as well as small artifacts related to ancient life, such as pottery shards and linen scraps.

Over time, they excavated other caves in the area and found between 800 and 900 manuscripts. The majority were written on parchment but some were on papyrus. The text was written primarily in ancient Hebrew, although a few were in Aramaic or Greek. Most of the documents were created between 150 B.C. and A.D. 70.

Scientists began to piece together and translate the scrolls. The copies of texts from Hebrew scriptures were the largest portions of the content. About two dozen books of the Bible, including Isaiah, were seen in the scrolls.

More on the Dead Sea Scrolls:

The scrolls gave historians great insight into the ancient forms of these languages, and they also changed the way scholars studied the Old Testament. For example, the scroll with the most complete version of the book of Psalms had about 40 psalms, including three that were previously unknown. One of these unknown psalms was a “plea for deliverance,” which made note of “evil incarnation.”

Another scroll revealed the psalms were once sequenced in a different order. This was interesting to scholars because the texts had long been so uniform, and seeing flexibility with the wording and organization was stunning.

Few people, however, were able to read and analyze the texts. The Dead Sea Scrolls were long hidden away until they were “liberated” in the 1990s.

In June 1954, The Wall Street Journal ran a classified advertisement in the “miscellaneous for sale section” for four Dead Sea Scrolls. The ad was a simple, two-sentence description that said the biblical manuscripts dated back to 200 B.C. The ad suggested, “this would be an ideal gift to an educational or religious institution by an individual or group.”

A banker bought them for $250,000. But he didn’t keep them for himself. He was helping the son of an Israeli archeologist who died the previous year and wanted the scrolls to go to the Israeli Museum.

Read more: The 6 Most Iconic Ancient Artifacts That Continue to Captivate

After the Six-Day War in 1967, Israel took control of the scrolls at the Palestine Archeological Museum and transferred them to an Israeli antiquities government department. Many scholars and scientists were divided on who had the right to possess the documents, and collaboration came to a halt.

Only a few scholars were allowed access to the scrolls or even photographs of the texts. The original seven scrolls had been translated and shared, but the rest were restricted. Researchers wanted access, particularly to gain insight into these ancient peoples’ lives.

In 1991, a suburban library near Los Angeles announced they had 3,000 photograph negatives of the artifacts. They had enough of the academic hogging, and they were making photographs available for all to study.

Critics complained the photographs were stolen property, but the library forged ahead. Scholars around the world finally had access. Opportunities to study the scrolls increased as digitization became possible. Today, translations of the scrolls are now available in many languages, and a person no longer needs to know ancient Hebrew, Greek or Aramaic to read these aged texts.

1 in 200 Men are Direct Descendants of Genghis Khan

More From Discover
Planet Earth
Where is the Lost City of Atlantis — and Does it Even Exist?
Planet Earth
These 5 Animals Trip on Psychedelic and Psychoactive Drugs, Too
Planet Earth
We’ve Been Worried About Overpopulation for Millenia
Technology
What’s Dynamic Pricing? An Operations Management Scholar Explains
Health
Decorate For the Holidays Early and it Might Improve Your Mood
Health
How These Top 10 Favorite Thanksgiving Dishes Impact Your Health
Recommendations From Our Store
My Science ShopDiscover STEM Kits
My Science ShopDiscover 2022 Calendar
My Science ShopStrange Science
My Science ShopElements Flashcards
Shop Now
Stay Curious
Join
Our List