Beaver Fur Was A Status Symbol For The Vikings

Animal proteins in 10th century graves lead researchers to believe that beaver fur was highly valuable to the Vikings. 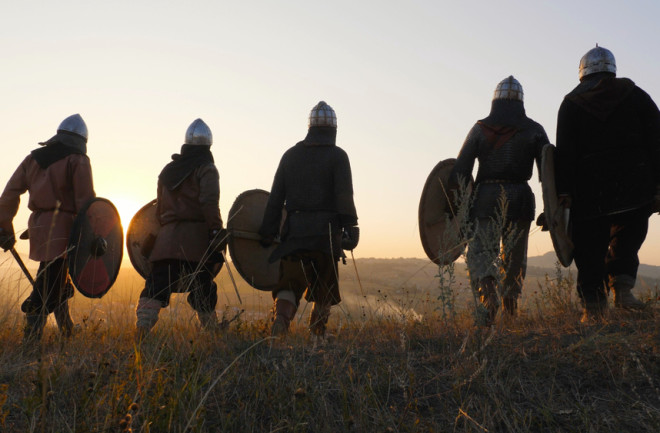 During the 10th century, the Vikings saw beaver fur as a luxury item, according to a recent study by Luise Ørsted Brandt and colleagues of the University of Copenhagen. According to a press release, beaver fur was a hot commodity during A.D. 800 to1050, used not only for warmth and comfort but as a status symbol. Experts knew that fur was valuable to the Vikings, but they didn’t know which types of fur were used, until now.

﻿“In the Viking Age, wearing exotic fur was almost certainly an obvious visual statement of affluence and social status, similar to high-end fashion in today's world,” the authors say in a press release.

Anthropologists have a difficult time identifying ancient fur as it does not stay well-preserved. While researchers have tried identifying fur via microscopic anatomy, this method is often inaccurate, a press release states.

However, for this study, Brandt and their associates studied animal remains from six high-profile 10th-century graves. They couldn’t find any DNA evidence, perhaps due to the way animal fur was treated or preserved. But the researchers used two analytical techniques to identify proteins. They did find that the grave furnishings were furs from domestic animals, while the clothing was made from wild animals such as beaver, squirrel and weasel.

The beaver is not a native animal to Denmark, leading the researchers to believe that it was a high-valued item acquired through trade. One limitation the team faced was the incompleteness of comparative protein databases a press release says. As the database expands, the researchers hope they can find out more about the ancient animal skins and furs.

Who Was Pilot Bessie Coleman?