Can You Beat This Quantum Puzzle Game?

Well-designed games are surprisingly powerful tools for learning about real world physics. But what of a puzzle game set in the quantum world? 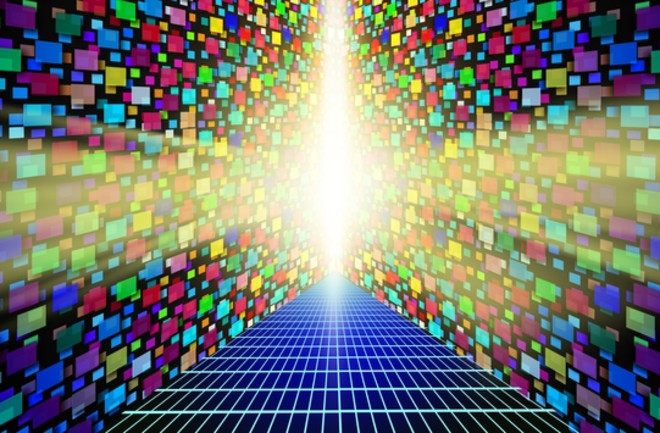 Physics games have become an important part of the gaming landscape. These are games that require players to exploit the laws of physics to win. One example is Laser Puzzle in which players arrange mirrors to redirect a laser beam onto a number of targets. Another is the Art of Gravity where players destroy brick-built constructs to observe the fascinating patterns of falling blocks.

Some games even delve into the quantum world. But this kind of physics is much harder to simulate, so these games typically involve simple quantum phenomenon such as the behavior of single photons. Anything more complex becomes exponentially more difficult to simulate.

Nevertheless, physicists have found various coding shortcuts to make these kinds of simulations more efficient. What’s needed is a way to turn them into a game worth playing.

Enter Quantum Game, a browser-based game in which players must solve photon puzzles using the bizarre quantum properties of entanglement, superposition and interference. The game is an introduction to a broader and much more ambitious effort to create a virtual quantum optics lab.

This “Virtual Lab makes it possible to explore the nature of quantum physics, to simulate quantum computing, to use quantum cryptography, to explore counterintuitive quantum phenomena and to recreate historical experiments,” say the developers led by Piotr Migdal at a company called Quantum FlyTrap in Poland.

The lab can simulate experiments involving up to three photons, which requires considerable coding nous. They say the behavior of a single photon can be described by 1000 complex numbers to capture its position in 2d space, its polarization and direction. By contrast, “a three-photon simulation requires a billion dimensions,” say the team.

The Virtual Lab makes it possible to simulate a wide range of quantum optics experiments and to design new ones. That’s useful for researchers, educators and students. The lab includes a number of pre-designed set ups, for experiments such as the BB84 quantum key distribution protocol for cryptography, the quantum Zeno effect and quantum teleportation. It allows users to store their own experiments too.

One game level in a series of quantum puzzles (source: lab.quantumflytrap.com)

To help people learn how to use the lab, and provide some fun at the same time, Migdal and colleagues developed the puzzle game, Quantum Game. This takes the form of a series of increasingly advanced puzzles that introduce interference, polarization, entanglement and so on. Solving one puzzle unlocks the next.

They gamify the lab with an intuitive drag-and-drop interface, by using cartoon rocks to block photons, by introducing mines that photons must avoid (inspired by Minesweeper) and by replacing photon detectors with Venus flytraps inspired by the Mario game series. Migdal even named their company after this pant.

The result is polished, educational and challenging. It’s also free and surprisingly entertaining.

The virtual lab is already being put through its paces in courses at the University of Oxford in the UK and Stanford University in California. “Our students loved it,” said one educator.

There’s no reason why you shouldn’t too. You might even learn something!