Cassiopeia A and the Elements Lurking Within It 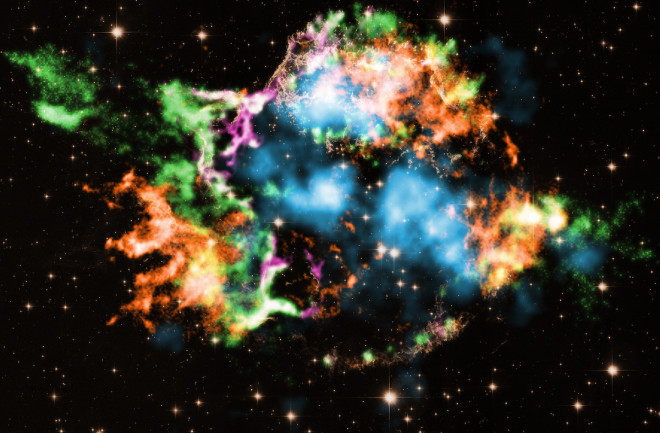 This Funfetti-like bloom called Cassiopeia A shows the aftermath of a supernova, or a massive star explosion, about 11,000 light-years from Earth. The vibrant colors added to this image denote the elements detected within it; for example, the blue blobs are titanium, iron is orange and oxygen is purple. While astronomers aren’t certain how some giant stars explode, Cassiopeia A is providing some clues. Using nearly two decades worth of data from NASA’s Chandra X-ray Observatory, scientists discovered bubbles of titanium — the same element used to make your electronics and jewelry — that could have boosted the boom’s shock wave.

How The New Science of Biocosmology Redefines Our Understanding Of Life