Scientists show that heavy bones helped a bottom-dwelling amphibian lurk at the bed of ancient lakes. 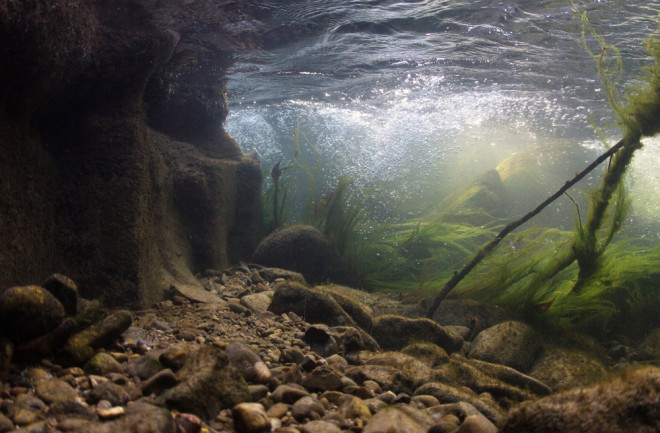 Any animal that wants to prowl at the bottom of a body of water needs the skills to sink. And according to a study in the Journal of Anatomy, Metoposaurus krasiejowensis — a sizable amphibian species from over 200 million years ago — acquired those skills all thanks to their substantial shoulder bones.

"Some researchers believe that modern frogs, toads and salamanders could be descendants of these temnospondyli," says Sudipta Kalita, a study author and a paleontology researcher at the University of Bonn, according to a press release.

Thought to enable sinking, these large shoulders led paleontologists like Eberhard Fraas to speculate in the early 1900s that the metoposaurids lived at the bottom of freshwater lakes. They used their big bones to submerge themselves in the water. It was there, these paleontologists theorized, that these creatures avoided over competition and found their food by lying in wait for unsuspecting prey.

In this new study, a large metoposaurid species from 225 to 215 million years ago helped solidify this theory. The researchers analyzed the bones of M. krasiejowensis and found them to be incredibly dense, suggesting that this species did, in fact, use its shoulders to sink.

The Weight on Metoposaurids' Shoulders

"A big bone doesn't have to be heavy," says Dorota Konietzko-Meier, another study author and paleontologist at the University of Bonn, according to a press release. Instead of the size of the bone, it’s the density that's "crucial for understanding such an adaptation" of sinking.

In fact, as some species increase in size, the internal density of their bones drops to mitigate some of the additional weight of their bigger bodies. While this decreased density may shave some of the weight off an animal's shoulders, it simultaneously worsens its ability to submerge itself in the water. Thus, the study authors set out to determine whether or not the bones of M. krasiejowensis were dense as well as large.

Slicing open the shoulders of a fossilized specimen of M. krasiejowensis, the study authors cut thin sections of bone from the fossil's clavicles and interclavicle. They then used a microscope to investigate and image the internal structure of these cuttings, all before applying a pixel-counting computer program to the images.

This process revealed that the big shoulder bones of M. krasiejowensis — and its interclavicle bone in particular — was densely packed, allowing the animal to dive deep and lurk around ancient lakebeds waiting for prey.

"This interpretation supports the conjecture of Fraas and later paleontologists who described Metoposaurus as a bottom-dwelling ambush predator," Konietzko-Meier concludes.

Will Woolly Mammoths Ever Make a Comeback?

These Ancient Amphibians Were as Massive as Hippos