Girls Dancing Into STEM: How One Organization Is Fusing Art and Science

STEM From Dance is using an unconventional medium to reveal the links between art and science. 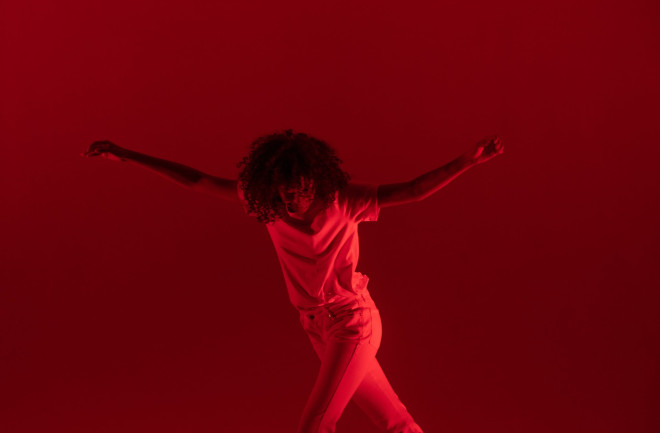 The Science Near Me blog is a partnership between Discover magazine and ScienceNearMe.org.

When we think of art and science, we tend to put them on opposite sides of a spectrum. One is creative and intuitive, while the other is rigorous and logical. But what if the two have more in common than we think? And what if art could illuminate the value of science?

That idea is at the core of STEM From Dance, a New York City-based youth organization whose educational programs meld dance and Science, Technology, Math and Engineering (STEM). The organization’s founder and CEO is Yamilée Toussaint Beach, who says the pairing of artistic expression and STEM has its roots in her own childhood.

“When I was a little girl, I was really in love with dance. It just really resonated with me,” Beach says. But she says she also loved doing math and science problems at school. “I just felt challenged by it. It felt like a puzzle to figure out.”

The latter drive led her to MIT, where she graduated with a degree in mechanical engineering. “I loved how it changed how I viewed the world, like the world just became this set of problems I could choose to solve,” Beach says. “At the same time, it also felt unfair that there were no people of color, especially women of color, in my classes.”

The disparity holds true outside the Ivy League as well. STEM workforce participation rates among Black and Latina women lag behind those of other groups, and it’s remained a stubbornly persistent gap over the years. That’s where STEM From Dance starts, Beach says.

“Dance has always been this place of refuge, this place of connection and warmth,” she says. “And those are the things that I wanted young people to feel when they learn about STEM.”

But the connections the organization seeks to foster go deeper than that. Dance, with its intricate choreographies and demand for rigorous memorization and execution takes more than just freewheeling creativity.

“I found that there are similarities in how you think, as a choreographer and as a designer or an engineer,” Beach says. “Both are tools that allow you to create things, and express a message about yourself, about the world.”

Creating Opportunities for Women in STEM

STEM From Dance, which is celebrating its tenth anniversary, operates programs year-round, with 8-week residencies that take place in schools and community organizations during the school year, and a summer program called Girls Rise Up. All of their STEM programs pair instruction in both dance and STEM subjects, and focus on giving girls the chance to meet women currently working in a STEM field.

The highlight of the programs is the creation of a dance piece that integrates STEM learning with choreography. The dancers have the chance to create costumes with circuits that control programmable lights that they wear while dancing, or to create animations that they can interact with during a dance routine. Ultimately, the goal is to blend the work of creating a dance routine with the work of coding or engineering and reveal the similarities between them.

Beach says she’s come to recognize a pattern among the STEM From Dance participants, who typically come in excited about dance, but wary of anything that feels like math or science.

“And by the end, it almost flips,” she says. “They realize that there’s a lot of joy, especially when you're in an atmosphere where you’re supported, where you have the resources that you need and you can use it in a way that’s meaningful.”

After a decade of work in the New York City area, STEM From Dance has expanded this year to include programs in Houston, Atlanta and Tampa. They’re partnering with local organizations and training educators in each city to bring the STEM From Dance curriculum to more girls, while expanding their programming and schedule of events.

Work Remains for Girls in STEM

Even as programs like STEM From Dance expand their reach, the work of tackling disparities in STEM continues. While the number of women entering STEM professions has increased, women still make up just 28 percent of the STEM workforce.

“There’s still a lot of work to do,” says Karen Peterson, the founder and CEO of the National Girls Collaborative Project. The organization, which also runs Science Near Me affiliate The Connectory, acts as a network for organizations that serve girls in STEM across the country, helping to coordinate, advise and connect them with each other. They also provide hundreds of opportunities for girls in STEM to Science Near Me.

The NGCP is celebrating its 20th anniversary this year, in which time it has grown to encompass programs in every state, including 41 state-level collaboratives, serving 20 million girls. The STEM landscape looks different today compared to 2002, Peterson says.

“I would say the number one improvement is awareness. It used to be that many people didn't even know what STEM was,” she says. “However, given that, the numbers haven’t dramatically changed. We do have more women in STEM, but we’re not where we need to be yet.”

One important aspect of getting girls excited about STEM comes down to simple representation, Peterson says. “Research that shows if girls see someone in STEM that looks like them, or that comes from a similar background, it can really make a difference.”

Programs like STEM From Dance are tackling that problem head-on by including female mentors as a core part of their programs. And other initiatives are getting more creative.

A perfect example is the IF/THEN coalition, which maintains a free database of images featuring women in STEM, and recently put together a class of 125 female ambassadors drawn from different fields within STEM. Recently, 120 of them were part of a groundbreaking exhibition that involved making life-size 3D-printed statues of each ambassador to be put on display at the Smithsonian Gardens in Washington, D.C.

Beach’s statue was among the 120 STEM ambassadors, which was the largest collection of female statues ever put together. Together, the nuclear engineers, data scientists, archaeologists, astrophysicists and more make a powerful statement to the young girls walking by: This could be you, too.

Find Opportunities for Girls in STEM With Science Near Me

You can find dozens of opportunities to get girls excited about and involved with STEM on Science Near Me. Learn about how to host a Girls Geek Day, in partnership with Tech-Girls, or check out virtual STEM hangouts from Digital Girl, Inc. You can find STEM video lessons from Scientific Adventures for Girls, or if you’re on the East Coast, you can attend the Girls STEM Summit from Jr. Tech, Inc. in October. Or, check out the Girls In STEM program from the NC STEM Center. If you’re part of a community-based organization, you can also learn more about hosting a Girls STEAM Ahead with NASA event, which explores NASA science and celebrates the role women play in astrophysics.

To find even more opportunities, just use the Opportunity Finder on Science Near Me, where you can search by activity, location and more to find events and learning opportunities wherever you are.