Using artificial intellgence to find possibilities while humans gauge their significance is proving to be a powerful new form of scientific discovery. 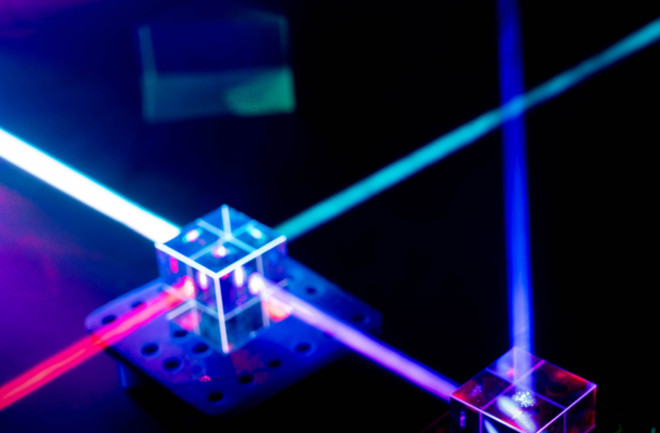 Back in 2009, computer scientists began experimenting with a simple algorithm that used the process of evolution to discover laws of physics. It worked by crunching the data from simple experiments, such as the swinging motion of a double pendulum. To many people’s surprise, it discovered relations such as the laws of conservation of energy, of momentum and the like.

Since then, physicists and computer scientists have begun to use artificial intelligence techniques to go even further, finding more already known laws, relations and symmetries. But the initial fascination with this approach has given way to frustration.

Machines are good at rediscovering physical laws and processes but not so good at finding new ones. In other words, computers seem more useful for blind discovery than intuitive insight.

Now an exciting collaboration between humans and AI machines is pushing this process further than ever before. Soren Arlt, Carlos Ruiz-Gonzalez and Mario Krenn at the Max Planck Institute for the Science of Light, in Germany, have discovered an entirely new phenomena by re-interpreting the results from an automated discovery process. “We go beyond rediscovery and use AI to discover a hidden concept that lies at the heart of quantum optics,” they say.

The new phenomenon has potential application in quantum communication and quantum computing. But more significantly it paves the way for a new field of human-machine collaboration in science.

The team began by attempting to automate the design of new quantum optics experiments. These generally consist of a quantum optics bench kitted out with instruments for generating photons, then entangling, reflecting, splitting and detecting them and so on.

The task for experimental quantum physicists is to arrange these devices in a way that creates novel experimental conditions that test new ideas and push the boundary of physics. But these designs are hard to develop, not least because they exploit unintuitive properties of quantum mechanics and because of the fantastically large combinatorial space of possible arrangements.

That’s why various groups have turned to artificial intelligence to help. Their goal is to use AI to produce interesting new experimental set ups for testing and developing exotic ideas.

These attempts had limited success until physicists devised a new way to think about these experiments. Instead of considering a quantum optics experiment as a two-dimensional array of various pieces of equipment, they began to think about each experiment as a graph of the paths of photons and the correlations between them. The process of discovery then becomes a matter of exploring the combinatorial space of different graphs.

This network approach has been hugely rewarding. Arlt and co have created an AI program called PyTheus that has come up with 100 new quantum optics experiments.

But that wasn’t all. Arlt and co noticed that some of these experiments were specific examples of a more general concept that was entirely new to physics. This was a way to create a probabilistic multiphoton emitter. “It acts as a probabilistic source of multi-photon pairs, while being constructed from only pair sources,” say Arlt and co.

PyTheus came up with this approach by exploiting the process of quantum interference between pairs of photons and by making it depend on the outcome of a measurement that takes place later, a technique known as post selection. This turns out to emulate the behavior of many-particle emitters.

Arlt and co realized that this would be useful “for creating new forms of multi-particle entangled states, entanglement swapping, and quantum gates, which were previously beyond our intuition.”

They call this novel approach Hyperedge Assembly by Linear Optics or HALO and say that elementary versions of it have already appeared in some quantum information experiments. “[These] can now be understood as special cases of the much more general design principle,” they say.

This principle extends further. “Halos for emulating six and eight-photon emitters have been found and hint at an exciting zoo of structures for creating entanglement,” say the team. HALO looks like a significant development itself with potential applications in quantum communication and quantum computation. PyTheus, of course, had no idea the approach was new or that it could be generalized. That required human insight.

And therein lies the potential for further work. It requires artificial intelligence and human intelligence working together to explore the space of possible experiments, to find examples that appear useful for specific tasks and then to recognize and generalize any foundational concepts that emerge.

Arlt and co have already identified fields where they may be able to apply this idea. “The field of quantum circuit design, abstract representations in terms of graphs and graph-based information flow could allow for a direct translation of our approach,” they say.

That sounds promising. But the bigger picture is that together humans and AI are beginning to explore the edge of vast oceans of potential experimental set ups. For the moment, human intelligence can keep up with the concepts that AI is uncovering, as Arlt and co show. But for how much longer this will be possible is anybody’s guess.

Ref: Digital Discovery of a Scientific Concept at the Core of Experimental Quantum Optics: arxiv.org/abs/2210.09981