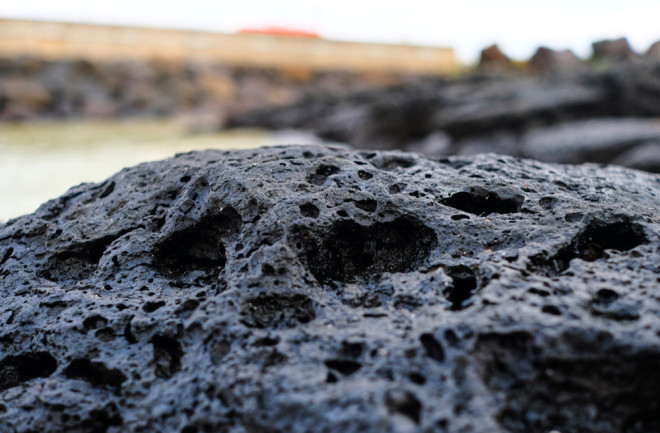 Some of the most devastating mass extinctions bookended the age of the dinosaurs. The “Great Dying” that wiped out 70 percent of life on land and 90 percent in the seas, was caused by volcanic activity 252 million years ago. In its wake, dinosaurs evolved and reigned, until a meteorite hit and took them out (except birds), along with lots of other critters 65 million years ago.

But during the millions of years in between when dinosaurs flourished ⁠— the Triassic, Jurassic and Cretaceous periods ⁠— there were other, less well-known periods of environmental cataclysm that left lots of species in the dust. And in a new study, scientists shed light on how a pattern of volcanic activity might have spurred multiple mass extinctions in the early Jurassic, between 178 and 190 million years ago.

While the idea that multiple volcanic events took place in the early Jurassic isn't new, this study stands out for assigning dates to these pulses of volcanic activity, by dating microscopic crystals hidden in volcanic rock.

“Our work is the first in which we could confirm the onset of volcanic activity before the previously established main pulse,” says Arto Luttinen, a geoscientist at the University of Helsinki and lead author of the paper in Gondwana Research. “And we could also confirm that there was also significant activity after the main pulse.”

For hundreds of millions of years, the landmasses we now know as Africa and Antarctica joined, first as part of the supercontinent Pangea. And then after Pangea broke apart, they formed as part of a smaller (but still massive) continent called Gondwana. In the early Jurassic, however, volcanic activity opened a rift between what’s now southern Africa and Antarctica, starting the land’s separation.

The volcanic history of this region ⁠(known as the Karoo large igneous province) is evident in its rocks. Most of them are basaltic ⁠— dark-colored and rich in iron and magnesium, formed from the melting of the Earth’s mantle. But Luttinen and his colleagues focused on something a little less common in the region: pink and orange rocks called rhyolites.

“When hot magmas from deep mantle go through Earth's crust, they melt the surrounding crustal rocks because they are so hot,” explains Luttinen. Since the Earth’s crust is rich in silica, the resulting rhyolites are silica-rich, too. And that silica allows zircon crystals to form.

Zircon crystals, aka zirconium silicate, are colorless and sparkly ⁠— high-quality ones are used in jewelry as diamond substitutes. The ones in the rhyolitic rocks of the Karoo are microscopic, far too tiny to make into a pair of earrings, but they’re valuable to geoscientists for their ability to trap uranium.

“Zirconium and uranium are similar enough that the crystal accepts uranium in it,” says Luttinen. Uranium is radioactive ⁠— its nucleus is unstable, and over time, it undergoes decay, spitting out subatomic particles to achieve a more stable configuration of protons and neutrons. Eventually, uranium decays into lead, and scientists know how long that process takes. “By measuring the amount of uranium left and lead that has formed, we can then calculate the age of the crystal,” says Luttinen.

The team sampled rhyolitic rocks from throughout the Karoo large igneous province, including ones from Mozambique, South Africa, and Antarctica. They crushed the rock and dumped the dust into a heavy, dense liquid to isolate the zircon crystals inside. “The liquid is so dense that only the dense minerals can sink to the bottom,” says Luttinen. And zircon, it so happens, is very dense.

Once researchers isolated the zircons, they used a mass spectrometer to determine the amounts of uranium and lead present in the samples ⁠— essentially, to determine how old the crystals were. The results took Luttinen by surprise.

“I was expecting to get probably very similar ages to those that had been obtained previously,” he says. “It was almost alarming that basically all of our samples provided a different age,” with many indicating that the volcanic rocks were older than previously thought. Based on this data, the team proposes that the Karoo rift region underwent periodic volcanic activity starting as far back as 185-190 million years ago.

Previous studies showed that in addition to a main pulse of volcanic activity about 182 million years ago, there were other periods of activity before and after the main event. However, these studies were based on basaltic rocks that generally don’t contain the zircon crystals necessary for uranium-lead dating; the dates from these studies based the ages on the decay of argon isotopes, which Luttinen notes is considered less reliable than uranium-lead dating.

Luttinen and his colleagues also examined how these periods of volcanism might have affected early Jurassic life. Previous studies have documented mass extinctions at the time, particularly of small creatures living in the oceans. Luttinen’s team however, analyzed the chemical compositions of Karoo rocks. They estimated the amounts of climate change-inducing sulfur dioxide and carbon dioxide that would have been released by the different pulses by volcanic activity. Their findings support a 2007 study that suggests early Jurassic volcanic activity in the Karoo region caused global warming.

Scientific inquiry doesn’t end when a paper is published ⁠— it’s now up to Luttinen’s fellow geoscientists to parse his team’s work.

It’s not a new idea that volcanic activity in the Karoo large igneous province happened periodically rather than all at once, notes Emese Bordy, a sedimentologist at the University of Cape Town.

“The overall pulsating nature of the Karoo magmatic events is well-documented in the literature, especially for the main Karoo Basin,” says Bordy. However, she says, Luttinen’s study “is novel for showing⁠ — with dates! ⁠— that the multiphase volcanic activity characterized the Karoo rift basins as well, and for attempting an estimate for the greenhouse gas emissions during terminal Karoo times.”

Goonie Marsh, a petrologist and professor emeritus at Rhodes University, is skeptical of some elements of the study. “Whether the age dataset as a whole indicates periodicity in volcanic activity is [a] question whose answer is far from certain in my opinion,” he says. “[The dataset] combines ages obtained by different dating methods at different times and at different laboratories. This raises the vexed question of comparability, both between different dating techniques and between laboratories.”

Marsh says that the main value of Luttinen’s study “lies in the new age data. From then on, the questions relating to periodicity and climate impacts rely on assumptions or things we can’t be sure about and are therefore less secure.”

These critiques, however, are in line with what Luttinen hopes the people will take away from the study: the complexity of the Karoo region’s volcanic history. “During the past few decades, we have learned that the compositional variability in the magmas is substantial and actually, it's remarkable,” he says. “These huge magma systems can be really complicated, and it takes time, and we still need much more data to really understand.”

This Pterosaur Had at Least 480 Hooked Teeth