Music and Mutations Could Be Linked

Some researchers think that evolution drives transformations in both species and songs. 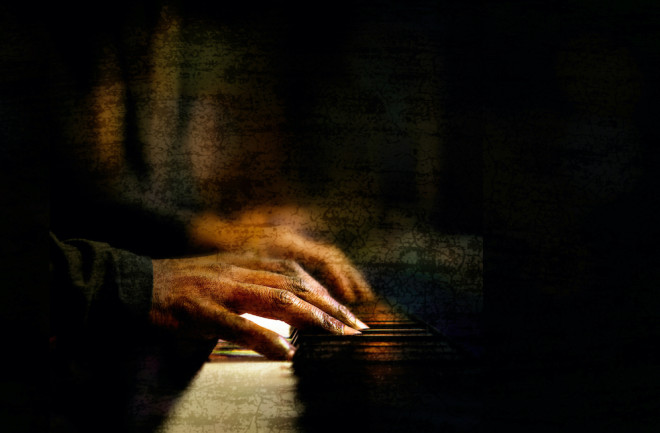 What does Beethoven’s Fifth Symphony have in common with a finch’s beak? Kendrick Lamar’s cadence with an elephant’s trunk? They’re all products of evolution, according to the theory that culture changes over time to ensure its survival — just as living organisms do.

By the time Charles Darwin published his treatise on natural selection, On the Origin of Species, in 1859, scholars were wondering if comparable theories could explain the development of everything from art and religious beliefs to technology and social institutions. Darwin even noted a “curious parallel” between the formation of new species and of new languages.

In the late 19th century, such thinking became entwined with the racist notion that culture inevitably progresses from an inferior “primitive” state to the superior Western civilization. Pioneering anthropologists like Edward B. Tylor and Lewis Henry Morgan applied such thinking to Indigenous societies around the world with a diversity of traditions. In response to this ethnocentrism, mainstream social sciences abandoned cultural evolution as pseudoscience for the better part of a century.

Only in the 1970s and ’80s did a new generation of academics begin to formulate a comprehensive theory of cultural evolution, attempting to move away from the old Eurocentric baggage. They borrowed ideas and methods from biology to explain how selective environmental pressures can shape culture. Some researchers think an evolutionary perspective could help explain the innovations that make us human.

Charles Darwin's "On the Origin of Species" included a simple (if flawed) representation of how species evolve over time. Scholars wondered if culture evolved similarly (Credit: Wikimedia Commons).

Music, as a universal human activity, offers a particularly promising avenue of investigation. As with biology, studying music from an evolutionary standpoint allows scientists to compare seemingly disparate things — ants and lions in the one case, West African drumming and European ballads in the other — and uncover the laws that apply to them all.

According to this framework, every lineage, whether cultural or genetic, has a shape: treelike, weblike, or some combination. Genetic evolution is best described as a tree with diverging branches that trace the pedigree of each organism to its ancestors, a process of inheritance called vertical transmission. Cultural inheritance is messier because it can occur horizontally and form a web in which we’re influenced not only by our forebears, but also by distinct yet simultaneous lineages like genres. And genres commonly mingle: As a recent example, rapper Lil Nas X’s “Old Town Road” incorporated Western motifs from country music, along with hints of hip-hop influences such as Nicki Minaj and Drake — though both styles have roots in African and African American traditions.

As it turns out, both vertical and horizontal inheritance can be tracked across genres. A November 2021 Evolution and Human Behavior study mapped collaborations between a global sample of electronic artists between 1975 and 1999. The resulting dataset (below) reveals how people interact and “reproduce” music by launching new and divergent varieties. A clear path of treelike descent runs through the subgenres: Disco led to synth pop, and on to house and trance music, say authors Mason Youngblood, Patrick Savage, and Karim Baraghith.

Cultural evolution may also explain similarities in the way that musical traditions change over time, even those separated by thousands of miles (and years). Recurring melodies in Japanese and English folk music have followed similar patterns of evolution over the centuries, as Savage and colleagues reported in a March Current Biology study. In both genres, notes with important rhythmic functions were less likely to change over time as melodies shifted, and notes that did change tended to shift to neighboring frequencies (G becomes F or A, but seldom C). Musical change seems to follow certain rules, in the same vein as DNA replication. Melodies and genes both consist of sequences — notes in one case and nucleotides in the other — that are often copied from one generation to the next with a handful of adjustments, or mutations. The melody in Simon and Garfunkel’s 1966 recording of the folk tune “Scarborough Fair,” for example, sounds similar to Martin Carthy’s 1965 version, but the duo made some notable tweaks.

In fact, Savage, a musicologist at Japan’s Keio University, employed the same “sequence alignment” techniques that molecular geneticists use to arrange DNA when seeking similarities between sections. Though the comparison isn’t perfect, he says, “if you wanted to find a cultural item that was analogous to a gene, I think a melody is about as close as we can get.”

What sparks these transformations? Change in species arises from random genetic mutations, some of which grow common in a population thanks to natural selection.

Meanwhile, cultural evolution likely involves a dizzying range of mechanisms. Some researchers have proposed that cultural inheritance stems primarily from our tendency to choose role models whom we associate with “prestige” and “conformity”: We imitate people we perceive as successful (e.g. the budding guitarist who idolizes Jimi Hendrix), or we simply follow the crowd. Others suggest that cultural outcomes are constrained by a wide range of cognitive, physical and environmental limitations. For example, people gravitate toward a limited range of music because we evolved to process sound in similar ways. This might explain why comparable musical scales appear in separate, far-flung societies.

We aren’t completely at the mercy of our biology, though — the artist’s creativity and the radio DJ’s aesthetic leaning both drive musical development, and consumers also seem to play a formative role. In 2012, Robert MacCallum, a biologist at Imperial College London, used an algorithm to turn random noise into pleasing sounds based on listeners’ preferences. Nearly 7,000 people rated tens of thousands of short sound loops, and their favorites were continuously selected to pair and combine. Ultimately, the “daughter loops” inherited random qualities from both “parents,” spawning a diverse and increasingly euphonious population. From electronic clamor, MacCallum and his colleagues write, “a simple Darwinian process can produce music.”

Since cultural evolution’s 1980s comeback, it has met with fresh critiques. Many scholars in the humanities and social sciences claim it seeks the uniformity between cultures, rather than their uniqueness — for instance, what music has meant to people in different times and places.

Some prominent intellectuals, including geneticist Richard Lewontin, have dismissed the comparison between cultural and biological evolution as arbitrary and overly simplistic. He didn’t entirely see a point: “It is unclear what useful work is done by substituting the metaphor of evolution for history,” Lewontin wrote in a 1999 paper for History and Theory, with historian Joseph Fracchia.

Still, devotees of cultural evolution find the similarities to its genetic counterpart compelling. “People learn from each other, and that creates a flow of information through time, the same way replicating DNA creates a flow of information through time,” says Joseph Henrich, a professor of evolutionary biology at Harvard University. “It’s not that one’s a metaphor of the other — both are studying informational flows through time.” And researchers don’t deny that the details differ from case to case. Savage, for one, is content to explore culture on its own terms. If he can use evolutionary tools to solve mysteries that traditional sciences can’t penetrate — the universal laws guiding musical development — then that’s enough. “It doesn’t matter necessarily whether the parallels are exact,” he says. “It’s more important whether cultural evolution tells us new things about the world.”