Experts agree that an ounce of prevention is worth a pound of cure. 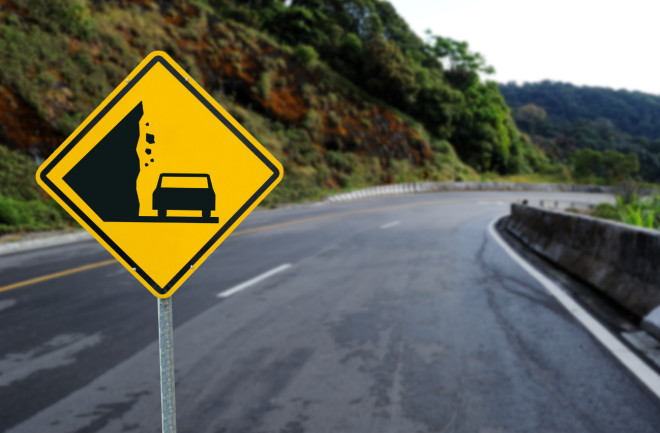 If you scan a movie theater marquee, there’s a good chance you’ll find some sort of disaster story: a killer asteroid, a zombie apocalypse, the moon falling from the sky. Turn on the news and the picture is still pretty bleak, as we enter the third year of the COVID-19 pandemic and a changing climate hastens hurricanes and wildfires with alarming regularity. But though we’re inundated with these disaster stories, many of us remain unaware of — and unprepared for — some of the biggest potential threats.

We sometimes think about disasters in terms of either natural events (like hurricanes) or human-made ones (like an explosion at a nuclear plant). To disaster experts, however, the lines are blurred.

“There are no natural disasters,” says Shanna McClain, the disasters program manager for NASA’s Applied Earth Sciences Program. Natural hazards, such as flooding or earthquakes, she says, are simply part of Earth’s geological and meteorological processes — even if they're spurred on by human actions. They're considered neutral events that only become "disasters" when humans' lives and livelihoods are impacted.

“We do not refer to disasters as natural, because there’s a human decision at play,” McClain explains. These human decisions could be as overt as a developer constructing a building over a known fault line, or as complex and subtle as the systemic injustices that deprive communities of the resources they need to evacuate a disaster zone.

When it comes to geological and weather-related disasters, most of us have a pretty good handle on what’s out there; rather, unknown disasters are the ones that people have heard of, but didn’t realize could happen to them. For instance, we’re all familiar with the concept of earthquakes. But millions of people living along fault lines aren’t aware that their homes could be overdue for a disaster. That’s partly because some earthquakes happen cyclically every few centuries — a long enough gap for people to let their guard down.

That lengthy time scale (along with the dismissal of stories from the Indigenous peoples of the Pacific Northwest) led to the establishment of cities like Portland, Seattle and Vancouver in a region known as the Cascadia Subduction Zone. In this region, one of the planet’s tectonic plates is stuck beneath another, resulting in an earthquake every few hundred years that buckles the ground and makes the soil act like a liquid. The last one took place in 1700, meaning we’re probably overdue for another major shake.

Read More: Could a Catastrophe Have Changed the Path of One of the Most Important Cultures of Ancient North America?

There’s about a one in 10 chance that the Pacific Northwest will be devastated by a magnitude-9.0 earthquake in the next 50 years. For comparison, the 2010 earthquake in Haiti that killed some 220,000 people measured magnitude 7.0 on the Richter Scale; the scale is logarithmic, so a 9.0 quake would be more than a thousand times stronger than a 7.0. According to Alex Amparo, an assistant administrator of FEMA’s National Preparedness Directorate, the eventual Cascadia earthquake is “one of the biggest disasters that’s pending for our nation.”

Though not as potentially devastating as the Cascadia, the Wasatch Fault in Utah and the New Madrid Fault along the Mississippi River are also due for big quakes — and they're nothing to sneeze at. When the New Madrid Fault quaked in 1811 and 1812, it caused the Mississippi River to temporarily flow backwards. Many of the areas at risk from these earthquakes are places that haven’t seen severe tectonic action in decades. “When they don't happen in such a long time, or in a generation, there's a tendency to forget that you are in an earthquake zone,” reminds Amparo. “In terms of disasters that keep me up, it’s those three scenarios — very real, very probable.”

Sometimes, one natural hazard triggers a cascade of other, unforeseen hazards — for example, a hurricane can cause flooding, which subsequently leads to a landslide. “It’s not just one hazard,” says Dalia Kirschbaum, ​​head of NASA’s Hydrological Sciences Laboratory at the Goddard Space Flight Center. “It is a string of impacts that are important to observe, model, and measure so that we can better mitigate.” Her work specializes in landslides, which are often overshadowed in public consciousness by the larger-scale disasters that precede them.

“We look at rainfall-triggered events to understand where and when landslides may happen around the world,” says Kirschbaum. “Unlike earthquakes, which have a global seismic network, and satellites that can track hurricanes from space routinely, all the time, landslides don't have that. They're much smaller.” Rather than peering at optical data from all over the world to pinpoint a landslide, she and her team use data on rainfall and topography to figure out where there’s an immediate risk.

Landslides can be deadly, but since they tend to affect smaller areas than, say, hurricanes and often happen in the aftermath of larger disasters, they often garner less attention. But for disaster specialists, they're no less important. “There are no small disasters for me,” says Amparo, adding that even something that seems small, like one family’s house burning down, can be earth-shattering for the people who experience it. “That home fire is somebody’s Hurricane Maria, or somebody’s Hurricane Sandy.”

A landslide after heavy rain on the Spanish island Gran Canaria Spain in 2017. (Credit: Thomas Dekiere/Shutterstock)

Many “natural” disasters have their roots in human activity; while hazards like hurricanes are just a part of what Earth does, for example, human-caused climate change is the culprit behind the increasing severity and frequency of the disasters they cause. But some disasters are more directly the work of people, whether accidentally or on purpose.

Cyberattacks have the capacity to shut down parts of the Internet or keep people from accessing the Internet overall. Two of the main ways hackers do this are 1) by sending so many repetitive requests to a server that it locks up, or 2) by breaching a network’s security system and refusing access to it. Cyberattacks are capable of crippling economies or denying resources to people, such as when an oil pipeline’s network was hacked in 2021. While the attacks in and of themselves cause more direct economic damage than physical, “economic consequences can be genuinely devastating,” says Joe Blass, a JD-PhD candidate in computer science at Northwestern University.

Naturally occurring phenomena with the capacity to hobble our human-made electronic systems could also wreak havoc. Blass says he worries about a solar storm on the scale of the 1859 Carrington Event, which caused electrical devices to burst into flame and explode. Fortunately, it was the 19th century — so the destruction was largely relegated to telegraph wires.

But a similar event today, Blass speculates, could be really bad: “It’s hard to imagine literally everything with a battery in it, everything that has current running through it, explod[ing] into flames.” And even on a smaller scale, loss of power can be deadly, especially in times of extreme cold or extreme heat. Several hundred people died as a result of the Texas power grid failure in 2021, Blass notes, and that situation was “completely man-made.”

No matter the origin of the disaster at hand, experts agree that an ounce of prevention is worth a pound of cure. Amparo recommends that governments and communities invest now as opposed to after a disaster — such infrastructural improvements might include relocating wastewater treatment plants from flood zones, shoring up the electrical grid infrastructure and earthquake-proofing buildings.

Volunteers distribute emergency water aid in Austin, Texas, to people in need due to outages caused by a 2021 winter storm. (Credit: Vic Hinterlang/Shutterstock)

Blass notes that improving transit could also help in terms of getting people out of disaster areas and bringing resources in: “A nationwide, high-speed rail system would make it so that you never really had to worry about the power going off in one whole region, because you can bring in food from the other areas,” he says. These infrastructural improvements are especially important for protecting vulnerable populations; systemic injustices mean that, often, people of color are disproportionately affected by disasters and receive less aid when recovering from them.

But while we’re reliant on larger systems to make these big changes, personal actions matter too. “Individual computer security is huge,” says Blass. Changing your devices’ default login information, installing spam filters, and choosing unique and lengthy passwords can not only prevent your identity from being stolen, but they can also help keep your device from playing an unwitting part in a larger-scale cyberattack.

Similarly, being prepared for the disasters possible in your area, putting together an emergency kit and staying well-informed of emerging crises can all help keep you safe, personally. “Prepare yourself so that during a disaster, you can take care of your family,” says Amparo. “And then immediately, when you know that you're okay, go check on your neighbor. That is a civic responsibility, and one that we need to see across the nation in any disaster.”

Serial Killers Have Rapidly Declined Since The 1980s