Though he may be gone, after 25 years, Carl Sagan is still an inspiration to many. 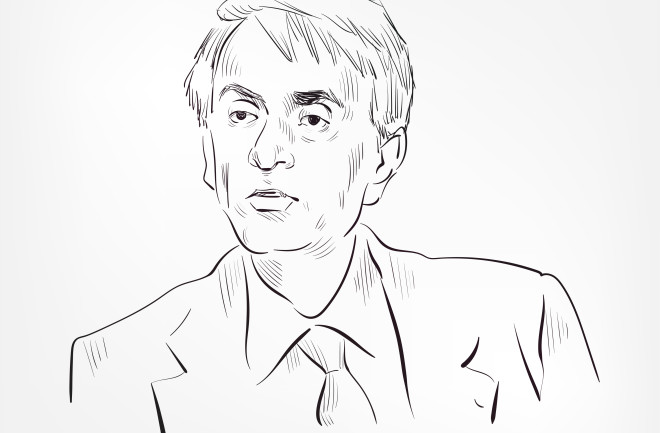 It's been 25 years to the day since the world lost the great Carl Sagan. A man who created a "message to the universe” on a gold record to be carried by the Voyager Interstellar Mission, helped discover that Venus is warmed by greenhouse gases and made turtlenecks a staple.

Though it has been over two decades since Sagan died in 1996 from bone marrow disease, we are still thankful for the lessons he taught us and the legacy he left behind. In a 2014  Smithsonian story, Sagan's wife, Ann Druyan, recalled a porter from Union Station in Washington, D.C., refusing to accept payment from Sagan, saying, "you gave me the universe." And Sagan did just that with his 1980s series, Cosmos.

Sagan taught us many valuable lessons about the universe and even made some uncanny predictions about the future. Here are four things we thank him for.

He Inspired Some of Our Favorite Scientists

Two of today's most popular scientists, Bill Nye and Neil deGrasse Tyson, each claim Sagan as their inspiration.

How would you like to have Carl Sagan as your astronomy professor? For Nye, this was reality. While Nye was studying at Cornell University in the late 70s, Sagan was his astronomy professor. Nye learned much about the universe from Sagan, saying that his lectures were like Cosmos episodes. At his 10-year class reunion in 1987, Nye told Sagan about his idea for a TV show that he wanted to gear towards children. Sagan advised him to “focus on pure science, kids resonate with pure science.” Bill Nye the Science Guy premiered in 1993, winning numerous accolades (including 19 Emmy awards) and inspiring a generation of future scientists.

Nye later went on to be the CEO of The Planetary Society, an organization founded by Sagan. Now, Nye gets to continue part of Sagan’s legacy. If you grew up loving Bill Nye’s show, you owe much of that love to Carl Sagan.

Tyson met Sagan when he was 17, after Sagan invited him to visit Cornell one snowy Saturday in December. December 20, 1975, to be exact. Twenty-one years before his death. Sagan was impressed by Tyson’s application to Cornell University and hoped to recruit him to join the school. Sagan even gave Tyson his home phone number in case the bus couldn’t make it through the snow. He offered up his home to Tyson. Tyson would go on to study at Harvard, but he never forgot the impact Sagan’s gesture had on his life.

Tyson is now regarded in a similar way that Sagan was. The popular astrophysicist appears regularly on late-night talk shows and even hosted Cosmos: A Spacetime Odyssey, the 2014 series a follow-up to Sagan’s own series.

Sagan Taught Us to Cherish Our Home

In 1962, Mariner 2 made its way to Venus. Venus was once thought to have a climate similar to that of Earth’s tropical regions. But the reports from Mariner 2 determined that the surface of Venus ranged from 300-400°F, proving that Venus was heated due to a large amount of carbon dioxide in the atmosphere trapping the heat from the sun. Later on, as technology advanced, it was found that the surface of Venus was closer to 900°F.

In 1985, Sagan testified in front of Congress on the impact of climate change on Earth. He discussed how burning fossil fuels and using aerosol led to an increase in carbon dioxide in our atmosphere. His warning was not unlike those we hear from climate scientists today, especially when it comes to the melting of the polar ice caps and the rise of sea levels. Sagan realized that the major solution, which would be cutting off the use of all fossil fuels, wasn’t something that would fly. So, he also offered alternative solutions such as solar power.

“This is an intergenerational problem. If we don’t do the right thing now there are very serious problems that our children and grandchildren will have to face," Sagan predicted during his testimony.  Watch his testimony here.

He Helped us Understand the Universe Like No One Had Before

When Sagan’s 13-episode Cosmos: A Personal Voyage aired on PBS in 1980 it quickly became the network’s most-watched series and held that top spot for a decade. Sagan co-created the series with his future wife, Ann Druyan, among others. They wanted to create a show that could hep anyone understand the universe. They did so without having to “dumb” anything down. Sagan and the creators respected the audience they had, and the audience responded well to it. Perhaps the reason Cosmos performed so well was the fact that Sagan had to work hard to understand things that seemed to come so easy to others.

In 2013, Sagan’s papers arrived at the Library of Congress and the archive was opened for researchers a few months later. Among the pages was this quote:

“I think I’m able to explain things because understanding wasn’t entirely easy for me. Some things that the most brilliant students were able to see instantly I had to work to understand. I can remember what I had to do to figure it out. The very brilliant ones figure it out so fast they never see the mechanics of understanding.”

Cosmos was an inspiration to so many – not just people who wanted careers in science. It was meant for all to understand the universe they live in a little bit better.

He Challenged Us to Live Purposeful Lives

On February 14, 1990, Voyager 1, carrying the “message to the universe” on its way to interstellar travel, turned at the suggestion of Sagan took a photo of Earth. Though it was 4 billion miles away, Voyager 1 was able to capture a very faint image of our planet Earth, the famous Pale Blue Dot. From that image, we get this inspired quote from Sagan:

“That’s here. That’s home. That’s us. On it, everyone you love, everyone you know, everyone you have ever heard of, every human being who ever was, lived out their lives...[E]very king and peasant, every young couple in love, every mother and father, hopeful child, inventor and explorer, every revered teacher of morals, every corrupt politician, every superstar, every supreme leader, every saint and sinner in the history of our species lived there–on a mote of dust suspended in a sunbeam.”

If Carl Sagan has taught us anything, it’s to stay curious. It was curious minds that dared to reach into space and explore the vast reaches of the universe. Curious minds that brought us the realization that we as a species are only here because the stars aligned in just the right way so that life on Earth could be possible. He was a pioneer in modern science and inspired all of us to wonder what other possibilities may be out there.

“Curiosity and the urge to solve problems are the emotional hallmarks of our species.”