The Search for Alien Artifacts Begins 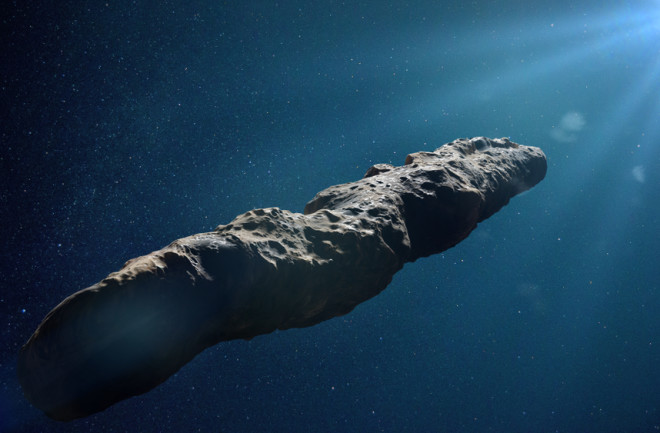 SETI began in 1960 and has, in the intervening six decades, been almost exclusively limited to the search for radio and laser signals from potential alien civilizations. The Galileo Project, which was launched this month with a July 26 press announcement, will instead embark on a systematic search of the skies above Earth and outer space for artificial objects of extraterrestrial origin — possible space probes, active sensors, or long-defunct “astro-archaeological artifacts.”

Serendipity played a role in the start of this venture, according to Harvard astronomer Avi Loeb, who heads the Galileo Project. In early July, Loeb told Discover, “an administrator in Harvard’s Astronomy Department told me they’d just received $200,000 for my research fund, which someone had donated without even telling me.” A day or so later, Loeb was able to contact the generous individual (whom he didn’t know beforehand), and after their conversation he was given even more money. Since then, other individuals have sent money to support this research effort, no strings attached. In a couple of weeks, Loeb accumulated $1.75 million. “They basically told me: ‘Here is the money. Do with it whatever you think is right,’” he said. “In all my decades in academia, that kind of thing never happens.”

Loeb had gained some notoriety from the January 2021 publication of his book, Extraterrestrial, which argued that 'Oumuamua — the first known object passing by Earth to come from outside the solar system — had peculiar features unlike those of any asteroid or comet seen before. 'Oumuamua is now headed toward Neptune on its way out of the solar system, and we’ll never know exactly where it came from or what it’s made of. Loeb issued a controversial suggestion in his book, and in a 2018 Astrophysical Journal Letters paper, that 'Oumuamua could be the product of an alien civilization — a possibility, he stressed, that should not be dismissed out of hand. Extraterrestrial is now a bestseller that’s been translated into 25 languages, and Loeb has submitted to more than 1,000 interviews, averaging six per day for six months. He has been effective, as well as tireless, in getting the word out, and that message has apparently resonated with some people — including a few well-heeled donors.

Without engaging in any fundraising, Loeb has already secured enough seed money to get the Galileo Project started, and he’s assembled a research team that includes scientists (presently working on a voluntary basis) from Caltech, Cambridge University, Harvard, Princeton, Stockholm University, the University of Tokyo, and other institutions.

One of the Galileo Project’s main focuses will be to look at UFOs, also called Unidentified Aerial Phenomena (UAP) in a June 25, 2021 report by the U.S. Office of the Director of National Intelligence, which concluded that “a handful of UAP appear to demonstrate advanced technology” and that “limited data leaves most UAP unexplained.”

“That was a novel admission,” Loeb commented, “a government report that concluded there are objects in the sky we don’t know the nature of. I say, let’s move this debate to the realm of science so that we can finally clear up the question using standard research procedures.

“You wouldn’t ask a plumber to bake a cake,” he added. “Similarly, people in the military or in politics are not trained as scientists, and should not be asked to interpret what they see in the sky.” Accordingly, the Galileo team is already designing a network of small, ground-based telescopes, around 10 inches in diameter, that will be connected to cameras and computer systems. “We’ll use these telescopes and process the data in the same way astronomers always do,” Loeb explained, “but instead of looking at distant objects, we’ll look at nearby objects, moving fast across the sky.” Within a year, he and his colleague hope to start collecting data that will be open to the public and science community so that anyone can analyze it.

A Harvard official recently questioned Loeb as to whether this research falls under his job description. “I analyze and interpret data from telescopes,” he replied. “That’s what astrophysicists do.”

Another Galileo Project objective is to develop software and algorithms that can pick out other interstellar objects like 'Oumuamua from data collected by the Legacy Survey of Space and Time (LSST) telescope, which is due to begin operations in 2023. If an object is detected early enough, on its way into the solar system, a space mission could be initiated to get close enough to the ET visitor to obtain a high-resolution picture that would be worth more than 1000 words in Loeb’s estimation. And these days, he wouldn’t necessarily have to convince a giant bureaucracy like NASA to back such a mission. “Instead, we might have to convince just Elon Musk or Jeff Bezos.”

There is a major stigma associated with UFOs, Loeb noted, which makes many scientists think they’re not worth studying — or even looking at. He’s not sympathetic to that view, as it reminds him of the treatment Galileo Galilei received from philosophers of his era who, in the early 1600s, disputed his discoveries of the moons around Jupiter, or the rings around Saturn, and even refused to look through Galileo’s telescopes to see for themselves.

The same kind of resistance comes up whenever the possibility is raised that some things we see in the sky could have been made by other intelligent beings. Some skeptics subscribe to the dictum, first articulated by Carl Sagan, that “extraordinary claims require extraordinary evidence,” carrying that tenet a step further by insisting that extraordinary evidence is required before one should even begin studying UFOs or consider the prospect that strange 'Oumuamua-like objects may be artificial. Attitudes like that have prompted Loeb to modify Sagan’s statement into a kind of cri de coeur for the Galileo Project: “Extraordinary conservatism leads to extraordinary ignorance.”

Hundreds of Mysterious Strands Cross Through the Center of Our Galaxy