A study assesses why one group of snails survived a mass extinction that wiped out most other gastropods. 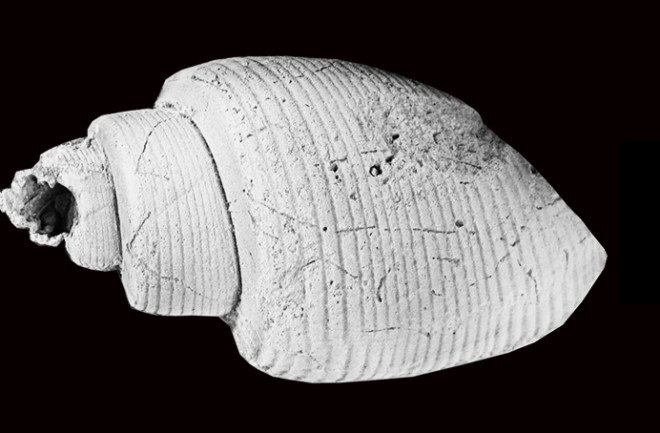 Over 200 million years ago, a series of volcanic eruptions emitted an enormous amount of carbon dioxide into the atmosphere. The eruptions prompted a period of global warming and ocean acidification that soon eliminated two-thirds of the planet's plant and animal species.

Among these species, scientists say that the thousands of terrestrial and aquatic snails and slugs within the gastropod taxon were especially affected, though the extent of this effect remains unknown.

Now, a new paper published in PLOS ONE has started to uncover the extent of this effect. The study suggests that over half of all gastropod genera were wiped out as a result of the 200-million-year-old eruptions. It also proposes several explanations as to why one particular group of snails survived an extinction that decimated many of its closest counterparts.

The Triassic-Jurassic extinction was one of the biggest extinction events to occur on our planet, yet we don't completely understand its impact on many animals. For instance, while it's clear that the gastropod taxon was hit hard by the extinction, scientists have largely unstudied the severity of the hit.

Read more: The 5 Mass Extinctions That Have Swept Our Planet

In this new study, a team of scientists reviewed the existing research and revealed that approximately 56 percent of the genera of snails and slugs disappeared during the Triassic-Jurassic extinction. Their review has also exposed that the rate of disappearance was not equally distributed among all gastropod groups, and the event only marginally impacted one particular group — the Heterobranchia.

Potentially thanks to their adaptation to warm water, their flexible body form or their diverse diet, the team says that the Heterobranchia's unparalleled rate of survival — whatever its cause may be — may explain why the gastropod group has become one of the most diverse in the millions of years since the extinction.

Assessing around 150 papers with detailed descriptions of gastropods from both before and after the eruptions, the scientists determined that 59 of the 107 genera of snails and slugs disappeared around 200 million years ago, meaning 56 percent of gastropod groups disappeared during the Triassic-Jurassic extinction.

Their analysis also revealed that there were dramatic disparities in the rates of disappearance between gastropod groupings. While some were dramatically affected, others were not. For instance, while about 73 percent of the genera within the Neritimorpha group vanished, only 11 percent of the genera within the Heterobranchia group faced a similar fate.

According to the scientists, three potential explanations can account for the relative success of the Heterobranchia. First, the team states that the warming of the planet — and the subsequent warming of the seas — benefited aquatic animals with physiological preferences for warmer water. Many aquatic Heterobranchia possessed such an affinity. In fact, the scientists say that many of the group members' predispositions for tropical and temperate seas made them much less vulnerable to global warming as a whole.

Second, the team posits that the acidification of the oceans put animals with particular body structures at an advantage. A number of the Heterobranchia's anatomical features may have helped them avoid the deterioration of their shells due to increased acidity. Indeed, many aquatic species possessed a flexible cloak-like structure called a mantel that shielded their shells. Plus, adding to their protection was a strong, tractable appendage that allowed Heterobranchia to burrow within the sediment of the seafloor, buffering their bodies and shells from the acid of the ocean.

Finally, the extinction of many forms of marine plankton as a result of the warming and acidification also favored the animals that fed on a wide variety of food sources. And the Heterobranchia's diverse diet of plankton, as well as deteriorating organic matter and detritus, may have been an advantage throughout the duration of the extinction.

Ultimately, the team states that these three explanations remain in their preliminary stages, though they fit well with the prevailing theories about the climate changes of the Jurassic-Triassic extinction and explain a lot about the current state of the gastropods. In fact, not only do these explanations elucidate why the Heterobranchia survived the extinction, but they also help to describe why the group has thrived in the years since, becoming some of the most successful gastropods alive today.