It’s unknown who took the throne right before King Tut, but some scholars think it could have been Nefertiti in secret. 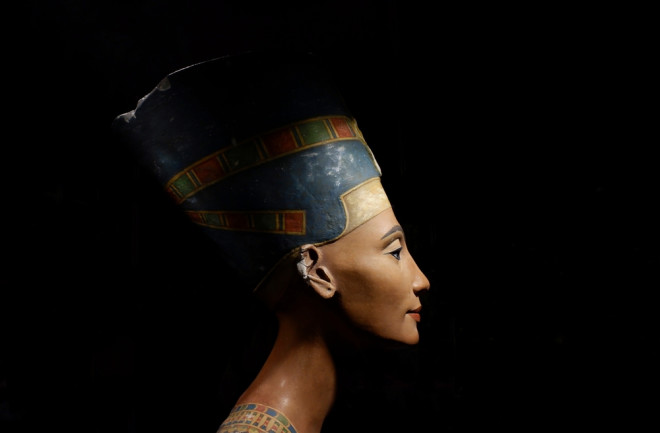 Queen Nefertiti is best known for the elegant limestone bust signifying her role as the Great Royal Wife of Egyptian pharaoh Akhenaten. The Egyptian artifact highlights her long neck, high cheek bones and flawless features. But many scholars think there may be more to Nefertiti than just beauty. They contend that Nefertiti was also Egypt’s leading lady, a powerful figure who took over after her husband’s death.

Nefertiti ruled during the 18th Dynasty of ancient Egypt between 1353 to 1336 B.C. She was the wife of Pharaoh Akhenaten, had six daughters and was possibly also the mother to Tutankhamun, the boy king famously known as King Tut. But many experts also contend that when Akhenaten died in 1336 B.C., Nefertiti took over and secretly ruled under another name.

“We now know for sure that there was a female king ruling alongside Akhenaten at the very end of his reign,” says Aidan Dodson, a professor of Egyptology at the University of Bristol and author of Nefertiti, Queen and Pharaoh of Egypt: Her Life and Afterlife.

While it’s still controversial, says Dodson, most scholars agree that Nefertiti transitioned from a queen to a female king before her husband died in 1336 B.C. Dodson says that she was most likely “the last adult standing” after another interim king named Smenkhkare, likely Akhenaten’s brother, died prematurely.

“It’s important to note that the word for queen and female king were not interchangeable because queens had little power in ancient Egypt,” says Dodson.

A Placeholder Before King Tut

Dodson says that it’s less likely that she ruled independently after her husband’s death. Instead, she was a placeholder until Tutankhamun was old enough to take over. This was particularly important because in just a few decades, Akhenaten had made drastic changes to Egypt, says Dodson. He desperately wanted to ensure that his religious revolution would stay intact after his death. Akhenaten had moved from a polytheistic system to one that discredited the other gods and instead placed the sun god Aten at the center of polite society.

“Akhenaten was terrified that he would die when his son was still a minor and the regents [those in temporary control] would reverse the entire religious revolution,” says Dodson. “He needed a co-ruler that could guarantee that the revolution held strong.”

But it’s important to note, says Dodson, that Nefertiti was not elevated to her position because her husband was in any way progressive or a free thinker. Instead, it was mostly out of desperation. “This was purely a political maneuver from a totalitarian figure,” he says.

Still, becoming a co-king in ancient Egypt was unusual, says Kathlyn Cooney, professor of ancient Egyptian art & architecture at the University of California Los Angeles and author of When Women Ruled the World: Six Queens of Egypt. She says that it was relatively normal to have a woman come in during a time of crisis. But Cooney argues that this wasn’t a crisis period because there was still a king on the throne when she was elevated.

Cooney also contends that it was Nefertiti not Akhenaten’s brother, who ruled the entire time before Tutankhamun ascended to the throne. She says that it’s no coincidence that both Smenkhkare and Nefertiti shared the same coronation name of Ankhkheperure. In fact, she says, they were the same person.

“Just like today, women back then had to masculinize themselves to fit into a patriarchal society and that’s why she used a man’s name and why Smenkhkare is depicted as a man,” says Cooney. "It’s quite clear to me that Nefertiti was sole king after the death of her husband.”

Nefertiti’s tomb has never been found because by all accounts she didn’t receive a royal burial. Dodson says that it’s likely that she was murdered as she tried in vain to hold onto her husband's hard-fought revolution, but to no avail. After her death, Tutankhamun took over and reversed his father’s policies, moving back to a polytheistic religion. The religious revolution had failed after all Nefertiti may have done to hold it in place.

The Reason Why 2,000-Year-Old Roman Concrete is Still so Strong