Bacteria found around a Brazilian mine could improve copper harvesting. 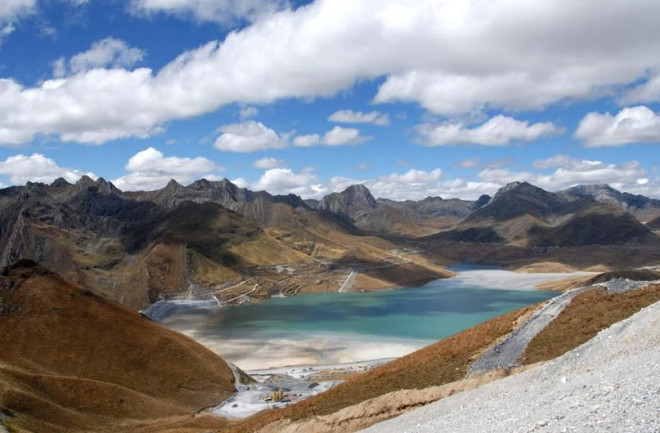 The tailings pond for the Antamina mine in Peru. Scientists found a new microbe in a similar pond in Brazil. The microbe may help clean up toxic waste from copper production. (Credit: Paulo Tomaz/Flickr)

(Inside Science) — It took only 48 hours to turn a bottle of toxic, dark ochre sludge into something that looked more like an orange-tinged hazy beer. Within the bottle, invisible to the naked eye, a newly discovered bacterial strain referred to only as 105 was eating away at toxic copper sulfate to leave pure copper atoms. The bacteria had been found in the tailings pond of a Brazilian mine, and they were completing their task with little of the pollution and energy currently used by industry to produce similar results.

"The microbes can do it in a very clean manner," said Debora Rodrigues, an environmental engineer at the University of Houston and one of the co-authors of a study published today in the journal Science Advances. Producing a similar change using industrial processes "is a very hard chemistry and a very dirty chemistry," she added.

Rodrigues and her co-authors discovered the bacteria by accident while looking for microbes that might produce nanomaterials. While working with certain microbes, they noticed the color change of the liquid they were using to grow bacteria.   A closer examination revealed that a bacterium was consuming positively charged copper ions (Cu2+), which form when copper sulfate dissolves in water, and turning the ions into more stable neutral copper atoms.

Copper sulfate is one of the many byproducts generated when copper-containing ores are mined and processed to extract the copper. It's extremely toxic to most organisms that ingest it, and it's difficult to clean up. Rodrigues said that this bacterial strain could help the copper industry reduce its ecological footprint.

But the microbes don’t just clean the copper sulfate up. The fact that they leave pure copper means toxic waste found in tailings ponds could be processed to extract more usable metal. While 48 hours is a little long, Rodrigues said scientists could optimize the microbe to make it work faster, with potential uses for industry.

Copper is also in short supply on our planet. Rodrigues said that some believe we might run out within 65 years. Pure copper is used in everything from wiring to solar panels to electric inks, and learning how to harvest it efficiently from the sulfate could help extend our global supply.

What Factors Matter Most For Weight Loss?

Blessed Are The (Tiny) Cheesemakers