Study Shows Colombian Guerrillas Were Guardians of the Forest

'Deforestation has increased significantly in the last five years following the signing of the peace agreement.' 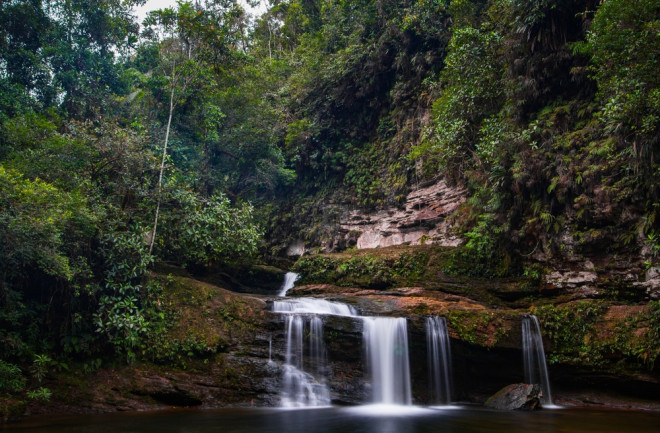 When Colombia’s largest guerrilla group laid down its weapons in 2016 as part of a landmark peace deal, it ushered in a new chapter in the country’s history after five decades of brutal civil war. But the pact also created an unintended victim: the country’s forests.

Since the Revolutionary Armed Forces of Colombia (FARC) demobilized, deforestation has soared, a study published in the journal Global Environmental Change has found.

Between 1988 and 2011, when Colombia’s conflict raged, deforestation rates remained relatively stable between the Andes mountains and the Amazon rainforest. But between 2012, when peace negotiations began, and 2019, the latest year for which data is available, conversion from forest to agriculture increased by 40%.

The study echoes national deforestation data for recent years. In 2016, deforestation spiked by 44% as people took advantage of the power vacuum to clear forest for coca production, cattle, and land speculation.

“Nature was definitely left out of the peace agreement and unfortunately it opened up the way for land appropriation”, says Carlos Devia, a forest engineer at Bogotá’s Javeriana University who was not involved in the study.

Though it is established that the FARC's conflict with military and paramilitary forces slowed deforestation, there has been little understanding of how this differed in different regions.

Mapping the loss of forest with satellite data between 1988 and 2019 and comparing it with records of conflict at the Uppsala Conflict Data Program led to some unexpected findings, said Paulo Murillo-Sandoval, who led the research while at the College of Earth, Ocean, and Atmospheric Sciences.

“Many people say that the guerrillas were good for the environment, and that’s true: Deforestation in the Colombian Amazon was really, really slow for many years,” says the researcher. “But surprisingly, in certain locations at local levels, deforestation actually increased.” The FARC are notorious for human rights atrocities they committed during the conflict, including kidnapping and forced abortions. But they also enforced strict rules to protect the environment. FARC commanders prohibited animal trafficking, overfishing and even placing cocaine labs too close to rivers. Mass-clearing of the forest, which shielded the guerrillas from the eyes of military aircraft, was strictly banned.

The spike in deforestation post peace agreement shows that the FARC’s presence protected the forests at large by deterring criminal groups from clearing vast swathes of forest.

But at a local level, deforestation continued at a significant rate. Forest cover within a 1 km radius of conflict decreased on average by 19% a year.

The shifting of deforestation hotspots since the peace deal also suggests that the FARC shielded the forests from land grabs, Murillo-Sandoval says.

Most deforestation in Colombia today is in sparsely populated areas, like indigenous reserves and national parks in the Amazon. This suggests that the driver of deforestation is criminal groups who are taking advantage of the FARC’s departure to amass hundreds of acres of land at a time.

“There is always a relationship between population and deforestation, but we found that even in tiny municipalities where no one lives there is mass deforestation,” Murillo-Sandoval said.

Other countries transitioning from conflict to peace must learn from Colombia’s mistakes and protect their forests as part of any peace deal.

Since the FARC left the scene in Colombia, researchers have also rushed into the forest. But rather than clearing the forest, they are racing against time to document its inhabitants before the trees disappear.

Natalia Ocampo is taking part in the Colombia Resurvey Project, an initiative to create a national inventory of Colombia’s birds. Colombia has more kinds of bird, amphibian and butterfly species here than anywhere else in the world, but conflict has prevented science from studying it for decades.

“Deforestation has increased significantly in the last five years following the signing of the peace agreement,” Ocampo says. “We have to move quickly to survey the biodiversity of our disappearing forests”.

5 Unexpected Animals You Should Care About at the Zoo